I usually run with a theme.  This week I am continuing to celebrate dampness.  We had more rain last week.  Some of our dams were overflowing - which is rare anytime and unheard of in Summer.  So of course we headed off for a look see (in a dry interlude).

Starting with the Cotter Dam.

On our way we stopped in at a nearby picnic area.  This very large roo obviously had plenty to munch on. 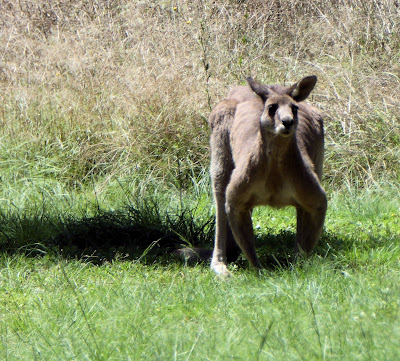 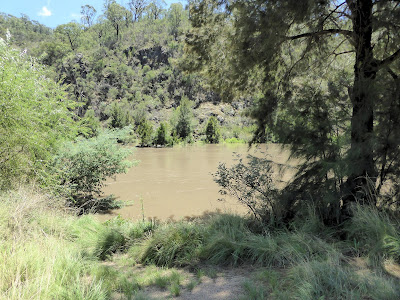 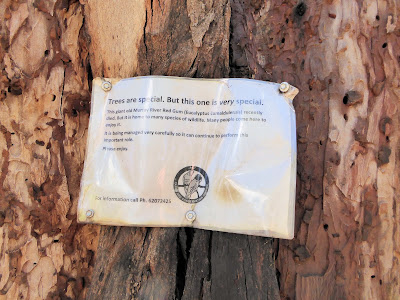 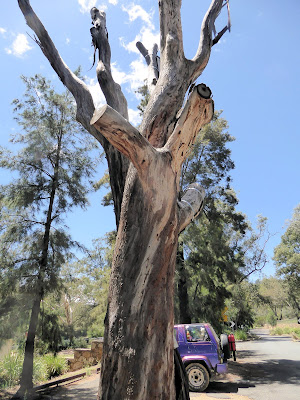 I love that our Department of Parks and Wildlife continue to look after the tree (and those it houses) even after death. Branches which might fall on the car park have been removed, but the bulk of the tree remains
Then to the viewing point for the Cotter Dam spillway 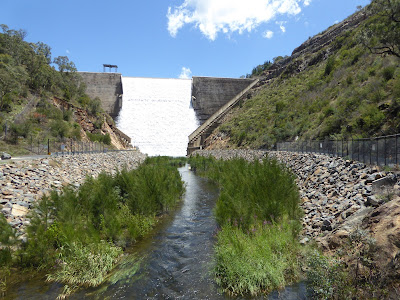 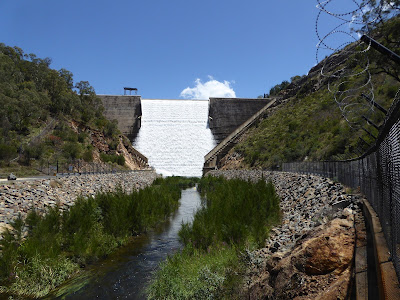 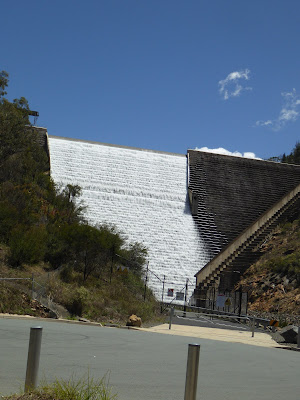 The sound of the water thundering over the spillway was impressive too
My monkey mind delighted in this miniature garden of lichen, mosses and small plants growing from the rock face beside the path to the viewing area. 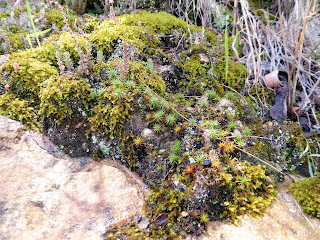 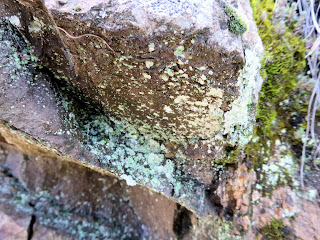 To make a round trip of it, we then headed off to Corin Dam 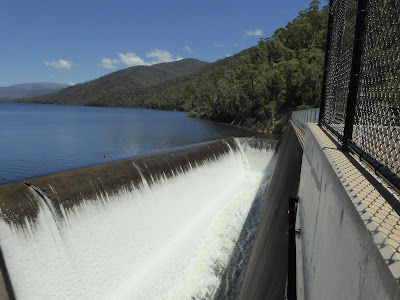 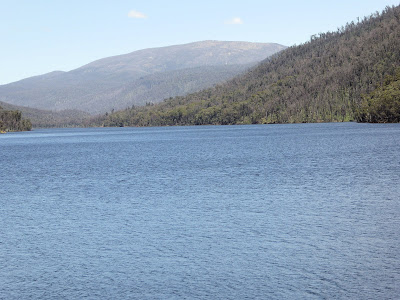 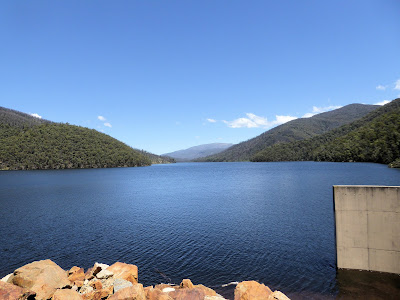 The authorities (spoilsports that they are) had put signs up 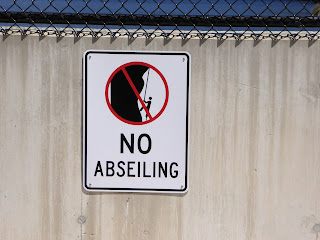 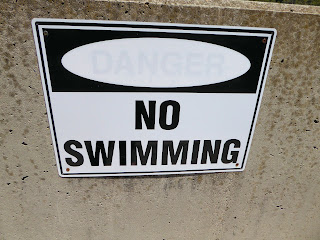 However I think they missed one out.  Looking at the twists and turns the spillway takes I think that people would pay good money to go a slide like this 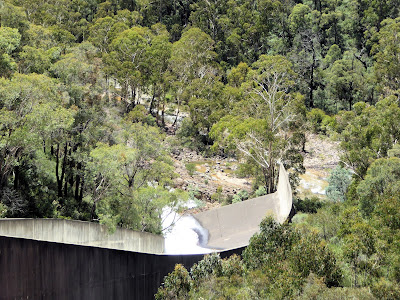 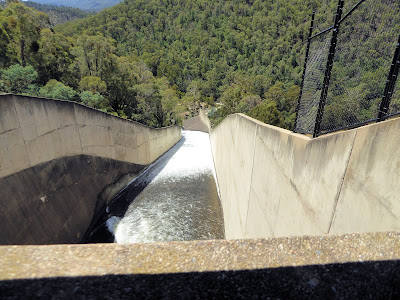 I am going to finish with a sad photo.  Corin Dam is in Namadgi National Park.  Last year Namadgi was severely damaged by fire.  A fire which was caused by a Federal Defence Force Helicopter landing in grasslands.  They didn't report the fire for over forty five minutes and the damage done was and is huge.  And heartbreaking.  Some parts of the park are recovering.  Some are not. 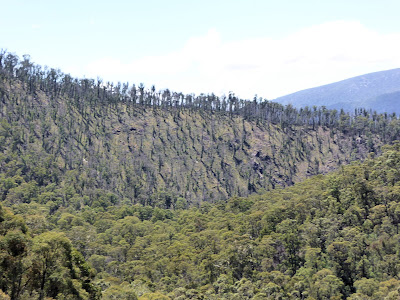 And, as an aside, the Federal Government is so far flatly refusing to pay any compensation money which could be used toward the restitution that Namadgi National Park so desperately needs.  Hiss and spit
That said, I hope your week is hiss and spit free