Sunday Selections was originally brought to us by Kim, of Frogpondsrock, as an ongoing meme where participants could post previously unused photos languishing in their files.
Huge thanks to Cie who gave me this wonderful Sunday Selections image.
The meme was then continued by River at Drifting through life.  Sadly she has now stepped aside (though she will join us some weeks), and I have accepted the mantle.
The rules are so simple as to be almost non-existent.  Post some photos under the title Sunday Selections and link back to me. Clicking on any of the photos will make them embiggen.
I usually run with a theme. This week?  Two themes.
We were scheduled to see a Supermoon this week.  A pink supermoon.  I was really looking forward to it.  On 'the night' I was wearing my supervisor/support hat for Lifeline.  I couldn't get out to see the moon but my shift was due to finish around midnight, so I promised myself a treat.  When I had completed my last call and any necessary paperwork I was going to go out, camera in hand.
Big sigh.  When I went outside cloud had obscured the sky, the stars and the moon.  However, I am an early riser and a late night doesn't change that, so I trotted outside just before dawn the next morning.  The pinkness had gone, but so had the cloud and the moon was still there to delight me. 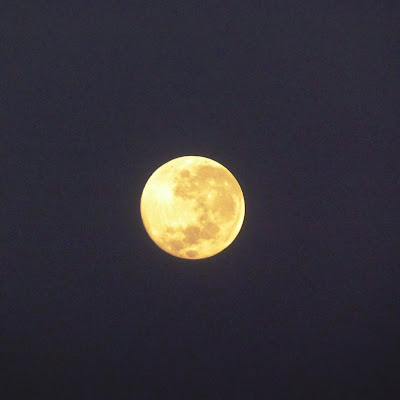 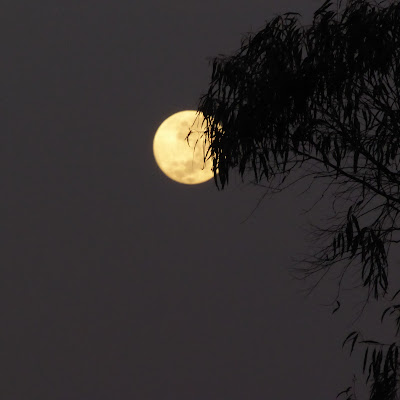 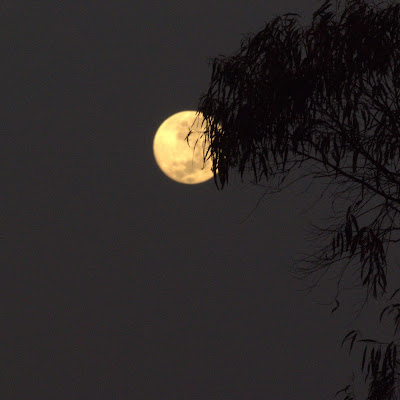 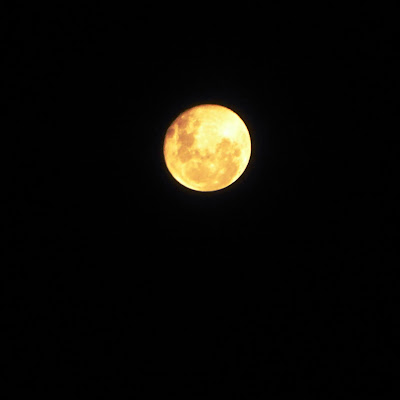 I know that many of you are enjoying Spring at the moment, but we are in Autumn.  A season I love.  The arboreal fireworks amaze me each and every year.  This year I am also delighting in some late bloomers.
So come wander with me. 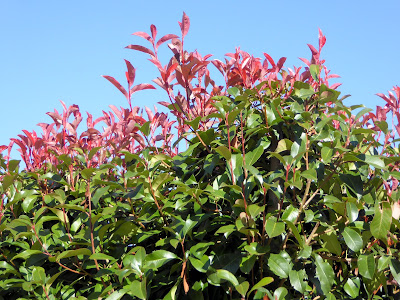 I love the new pink growth. 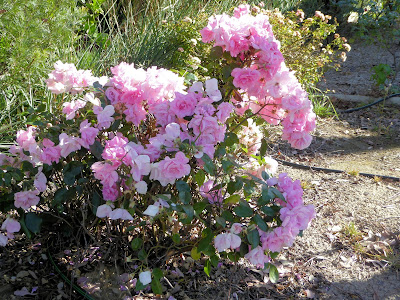 A last flush of roses. 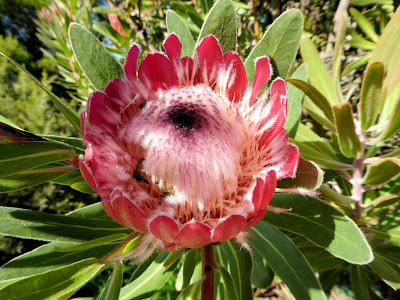 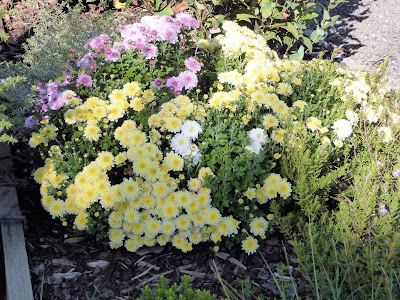 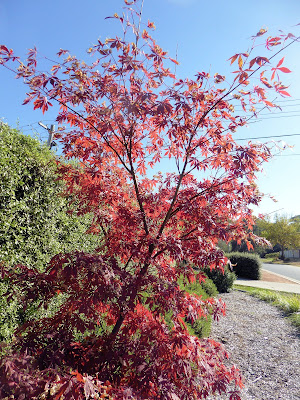 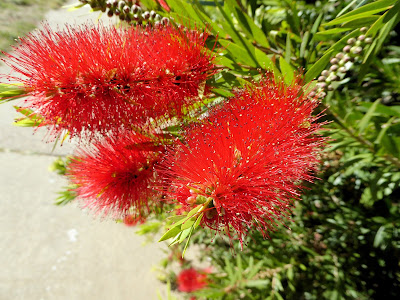 Bottlebrush (from the Callistemon family).  I didn't expect to see them in bloom, but smiled. 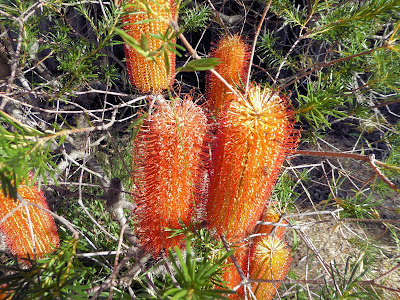 As I did at these golden beauties from the Banskia family. 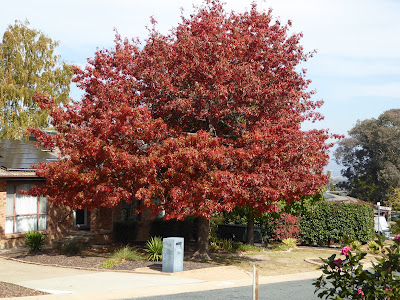 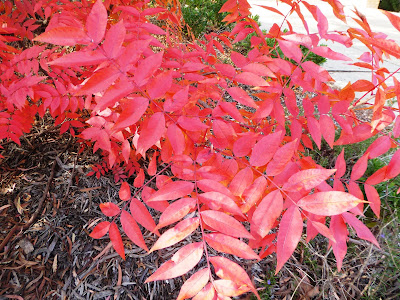 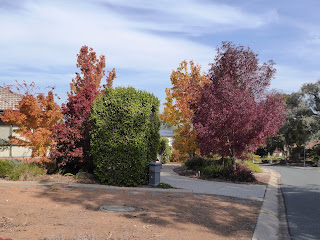 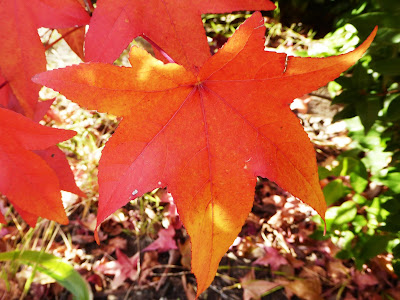 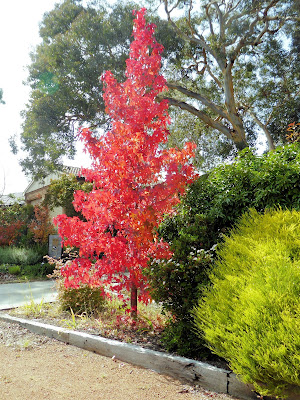 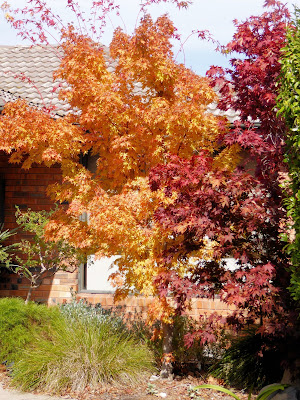 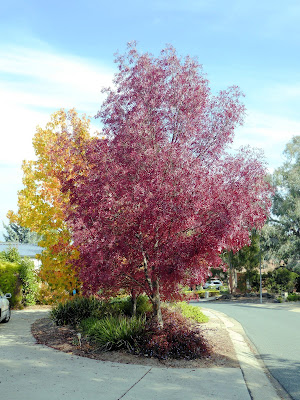 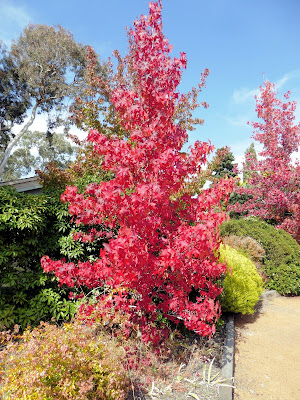 A few days after my walk we went to one of my city's lookouts.  There was hazard burning underway so the skies are a bit hazy, but there was still colour to be seen.  Much of Australia's native vegetation is evergreen, but my city has planted LOTS of deciduous trees. 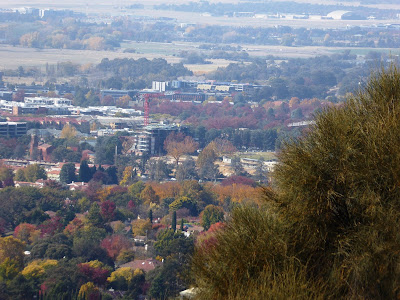 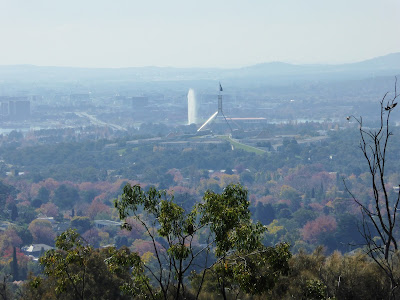 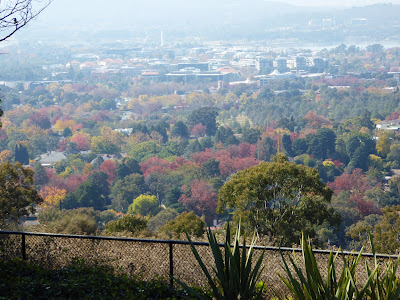 I hope that whatever your season, and where ever you are, there is colour and joy in your week.
Posted by Elephant's Child at 03:54