Like River I generally run with a theme.  One day this week I went into town.  I was enjoying the flower pots which hang from every lamp post, and stopped to take a photo or two. 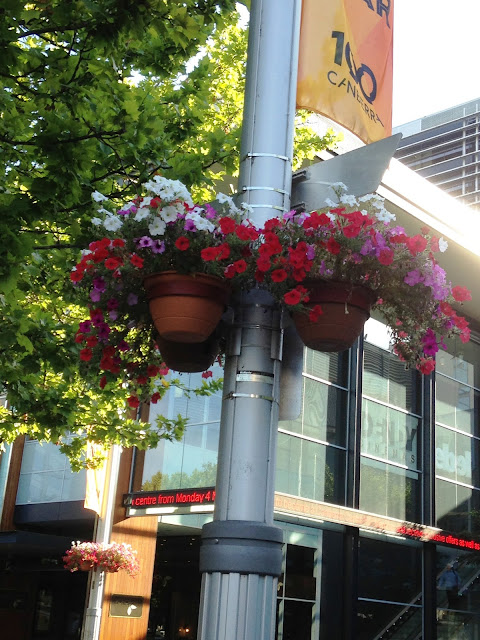 And then I looked more closely at the stop sign in the next photo -  and started to giggle. 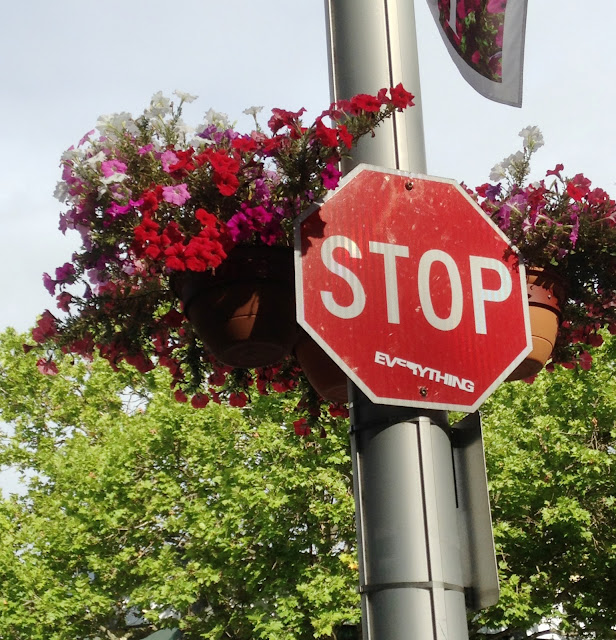 And yes this week, last week and the week before I have frequently wanted to stop everything...