Like River I generally run with a theme.  There was a very spectacular sunset the other night, and I was going to run with that.  And then I reviewed the photos of the galahs who have been visiting us this week.  All of these are much sleeker than the moth-eaten baby galah of last week.

Cheeky (and as the photos will show) greedy and not very patient.  Clicking on the photos will embiggen them for further detail.  The blurring of wings in many of these photos was galahs landing, galahs being evicted, galahs jockeying for position... 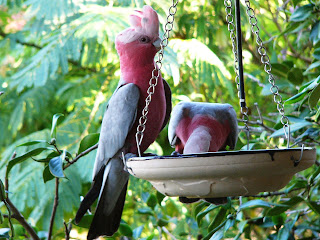 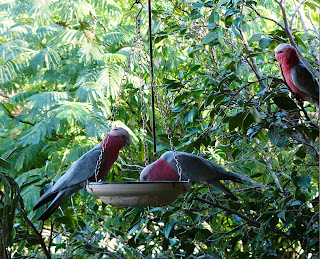 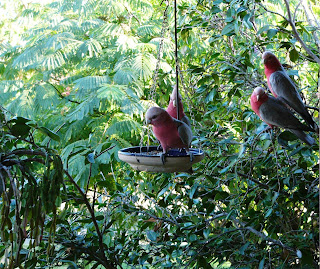 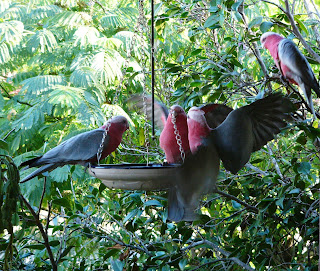 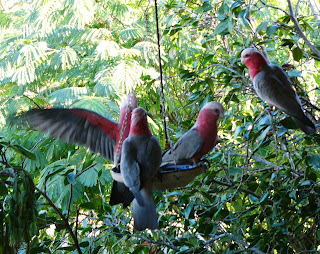 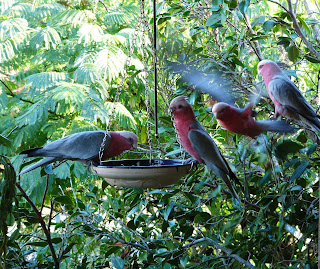 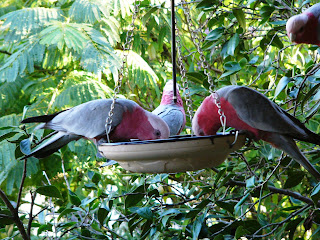