Like River, I generally run with a theme.   And, for something completely different I am in the garden (jungle) again.  Each and every time I turn around more things burst into bloom.  Which is bliss.

A pushy (and demanding friend) has complained that she never sees enough 'long shots' of the garden, and that I focus too much on individual blooms.  Whose blog is it sunshine?  That said, I will include at least a couple of wider angled photos to keep her happy.  As always click to embiggen. 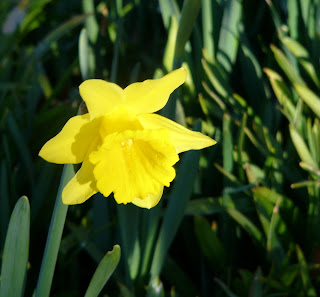 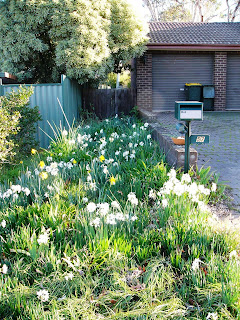 Over the next few weeks this garden will change from largely white to yellow as different daffodils come out.  With a lot of freesias too.  And grape hyacinths.  Then the irises will bloom then rather a lot of liliums. 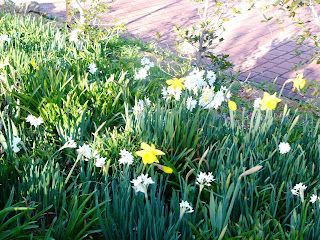 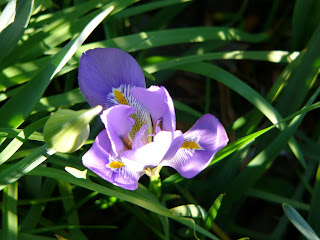 A Japanese Iris, given to me by a neighbour. 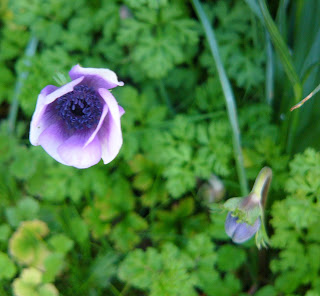 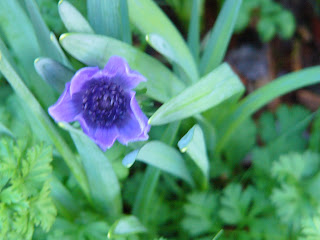 Anemones.  There are ranunculas here too, but they are not blooming yet.  A vandal bird (not certain which one) has been having a fine time beheading the flowers just before they bloom.  Hiss and spit. 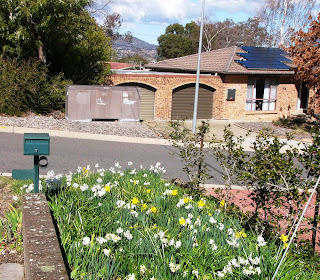 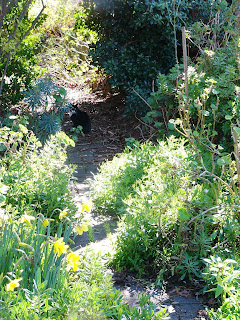 Towards the back of this photo is a cat.  Who loves our garden - much to the displeasure of Jazz n Jewel. 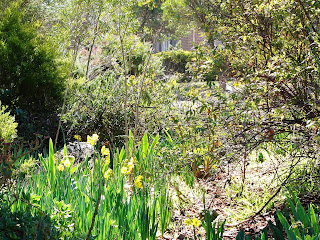 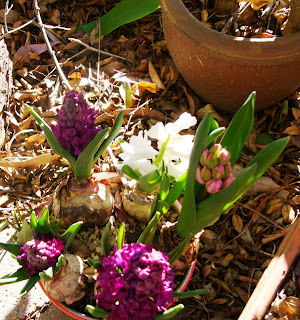 Hyacinths.  I particularly like the deep purple ones - though they all smell delightful. 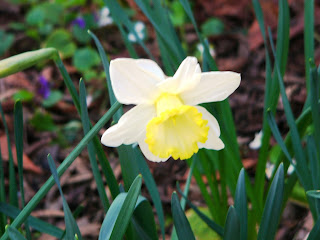 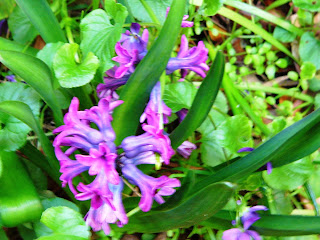 This hyacinth is lurking (with violets and daffodils) in a narrow bed under the clothes line.  There are some magenta ones which are nearly out too.