Suicide Prevention is a cause which can never sleep.  Each and every day, people are working to help those at risk of suicide and to offer support to those who have been bereaved by it.  Just the same, here in Australia this week marks three separate events designed to bring suicide prevention into public awareness.

Tuesday September 10th was World Suicide Prevention Day.  I am not so naive to think that we can eliminate suicide completely, but we can certainly try.

Thursday, September 12 was RU OK day.  A question we should be asking every day.

Here in Australia suicide is still the leading cause of death for people aged under 44.  More people die from suicide each year than are killed on the roads.

Many of you will know that I do voluntary work with Lifeline Australia, a telephone crisis line.  Lifeline believes that suicide is often preventable, and that help can be only a phone call away.

In 2011 Lifeline began  national suicide prevention walks - 'Out of the Shadows and into the Light'.  Symbolically, the walks begin before dawn and continue into the growing light.  The aim is to help raise awareness of suicide prevention and encourage people to seek help.  In addition it remembers those lost and those bereaved by suicide.

I couldn't attend the first walk, but went last year and made a commitment to myself that I would line up this year as well.  Which saw me heading off before dawn this morning.

It was cool (some would say chilly) but beautiful.  There were more people at the walk this year, and I hope that numbers continue to rise.  This year we started from our National War Memorial and did a loop down Anzac Parade towards Lake Burley Griffin and back to the War Memorial.  Our Parliament House is directly opposite on the other side of the lake. 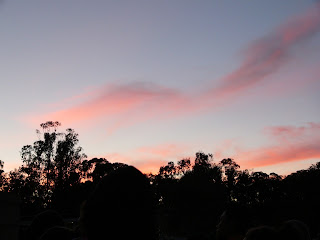 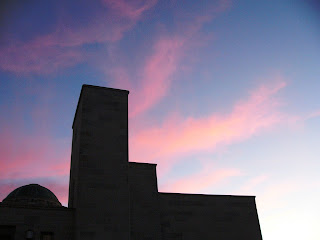 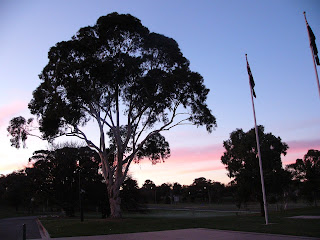 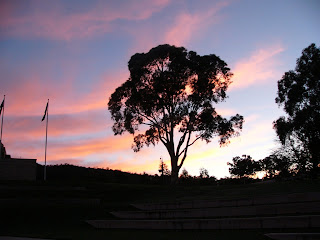 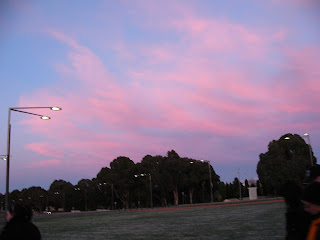 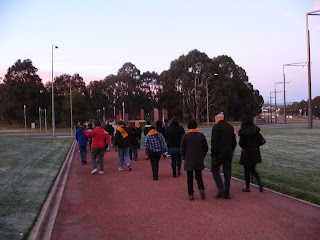 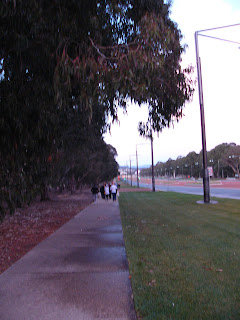 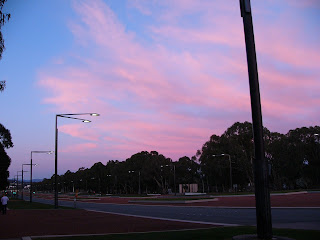 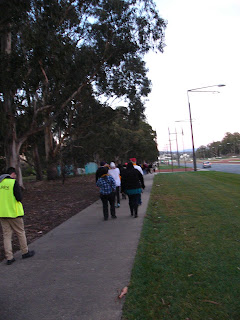 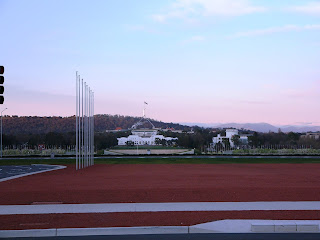 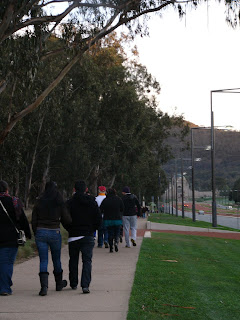 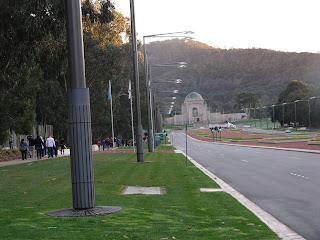 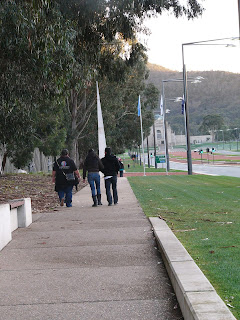 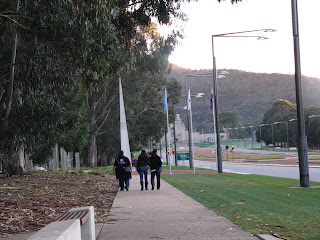 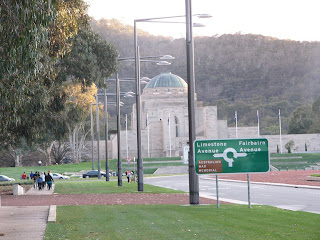 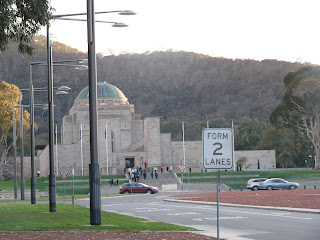 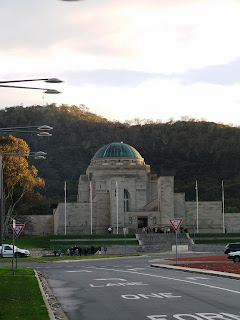 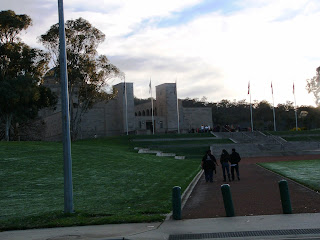 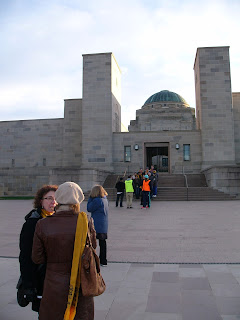 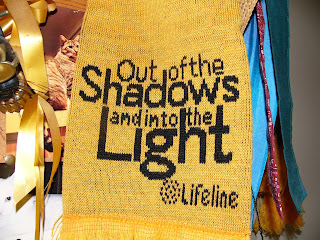 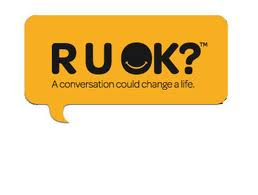 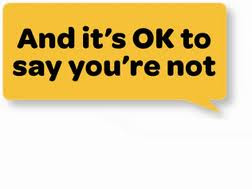