Like River, I generally run with a theme.  We have some cacti in a pots (rather a lot of cacti) on the front veranda.  The largest are prickly pillars which bite the unwary.  And are kept because every so often they flower spectacularly.  A flower which is bigger than my hand, scented, and lasts a day or two.


And this year, for the first time in more than ten years, we got not one flower, but two.  Embiggening will give you some of the stamens in their glory. 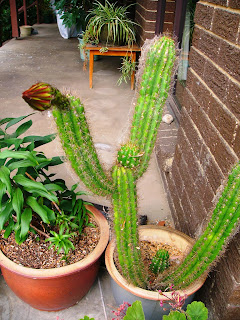 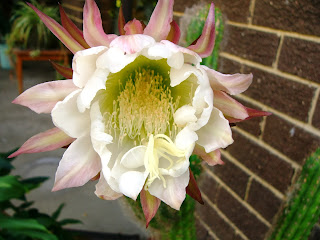 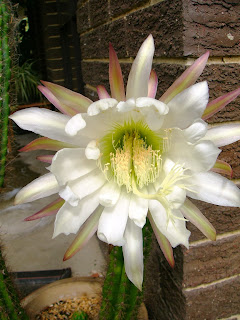 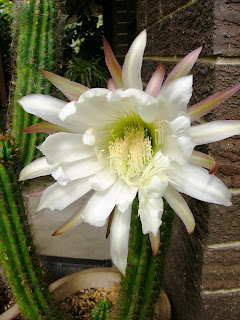 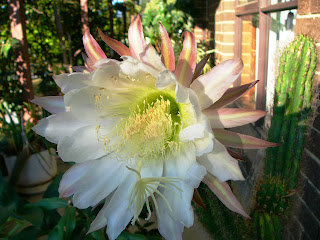 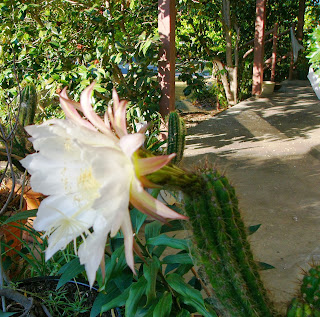