Like River, I generally run with a theme.   As you know, I love birds.  This week has been hot, and most of the birds come in briefly at first light, and again at dusk.

This corella was an exception.  (Click to embiggen.)  He came in around ten one morning and spent quite a while sitting on the feeder in the shade. 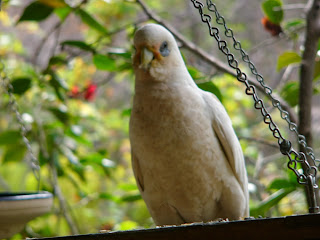 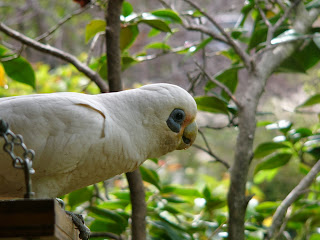 The cockatoos on the other hand, deserted us.  They went next door and had a wonderful time ripping unripe fruit from his trees, taking two or three bites, dropping the fruit and moving to the next one. 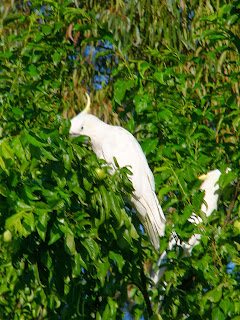 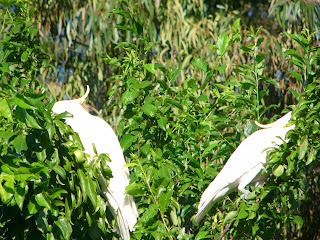 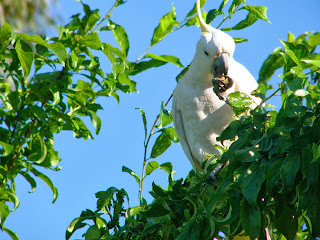 And our Japanese silk tree is in flower.  More flowers than we have had for a number of years.  Such dainty blooms. 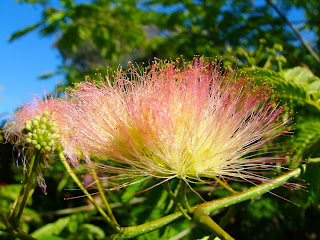 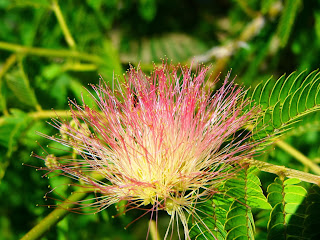