Like River, I generally run with a theme.  I am (at least in part thanks to the cats) an early riser.  I usually see dawn, and in winter I am up long before it.  Our dawns are often beautiful, but they are generally gentle in soft pinks and greys - galah colours.

Wednesday's dawn had nothing muted or subtle about it.  When the sky started to blaze I rushed outside to do my mad woman with camera dance.  It was just as well that most people were still on holidays.  I got most of these shots standing in the middle of the road.  I was in my dressing gown and I hadn't stopped to put shoes on either. 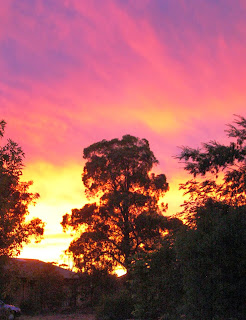 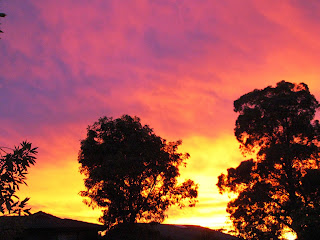 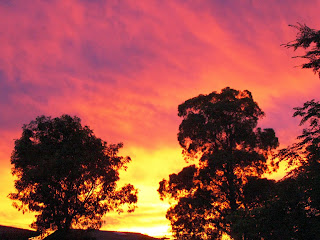 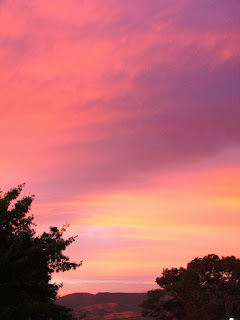 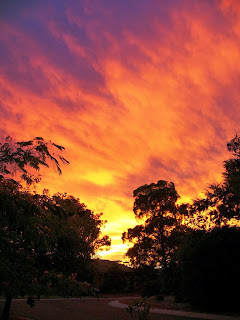