I am a greedy reader and, as I have often said, biographies. autobiographies and memoirs are among my favourite reading.

However while I am greedy, I am also selective about which biographies I read.  Celebrities?  Not as a rule.  Sportspersons?  Ditto.

Writers, often.  Artists.  More women than men.  And travellers, particularly women travellers, capture my interest very rapidly.  If the travel takes place in a country/culture/time which is foreign to me, it is almost a done deal.

Over the years I have read a lot of travel memoirs and biographies of the travellers.    Among my Christmas hoarde this year was 'A Time in Arabia' by Doreen Ingrams. 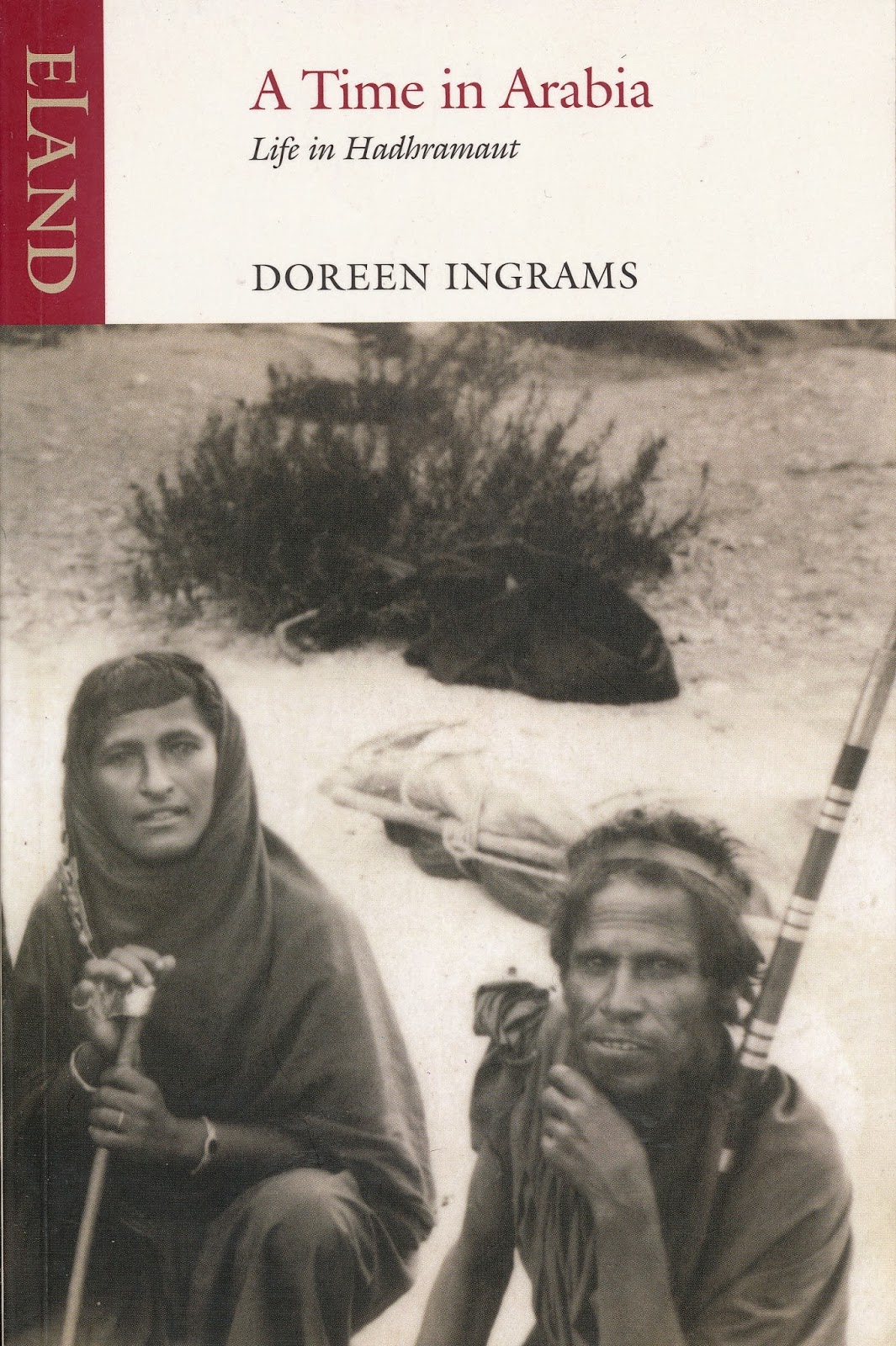 I picked it up with eager anticipation, and was flummoxed in the introduction!!!

Doreen travelled to what was then South Arabia and is now known as Yemen with her husband, a civil servant, arriving in 1934.  She and her husband had taken the time and the trouble to learn Arabic before they went, and spend as much time as possible living within, not apart from the communities.  She worked both with her husband and independently promoting peace, education and women's rights.

And there is a lot of charm in her writing too.  How do you identify your cloak from all the other identical black and shapeless garments?  By the lingering smell of your own perfume...

And when she arrived she was childless.  'One of the Sherifas asked if I had any children of my own flesh and blood, and when I said no, she took my coffee cup, spat in it, and handed it back saying "I am a Sherifa, if you drink this you will have a child"'.  She did drink it, and did have a child - who travelled with her, with an abandoned child she adopted.

Having finished the book, I am now determined to find out more about her - and about Mabel Bent too.  So much to learn, so many books, so little time...