Like River I usually run with a theme.  At the moment, for something completely different, the skinny one has a health crisis.  A new and different one as well as the existing one.  He has 'fessed up to having a lump inside his jaw.  A lump which is growing and changing texture.  And which has been there for months.

We are having a scary, frustrating and expensive time trying to find out what it is.  He has had two inconclusive scans.  On Thursday he was to have a biopsy.  When he got there they realised he has a beard (which they hadn't noticed while they were doing the scans).  Apparently they cannot do a biopsy through it.  So today he plans to shave as little of his beard as possible and the biopsy has been rescheduled for tomorrow.  With another scan.  Hiss and spit.

I am frazzled and frantic.  So when this dawn materialised a couple of days ago I rushed outside (in bare feet and dressing gown) to do the mad woman with camera dance.  Such a hopeful augury for the day.  The serenity and the beauty eased my soul and made my heart sing. 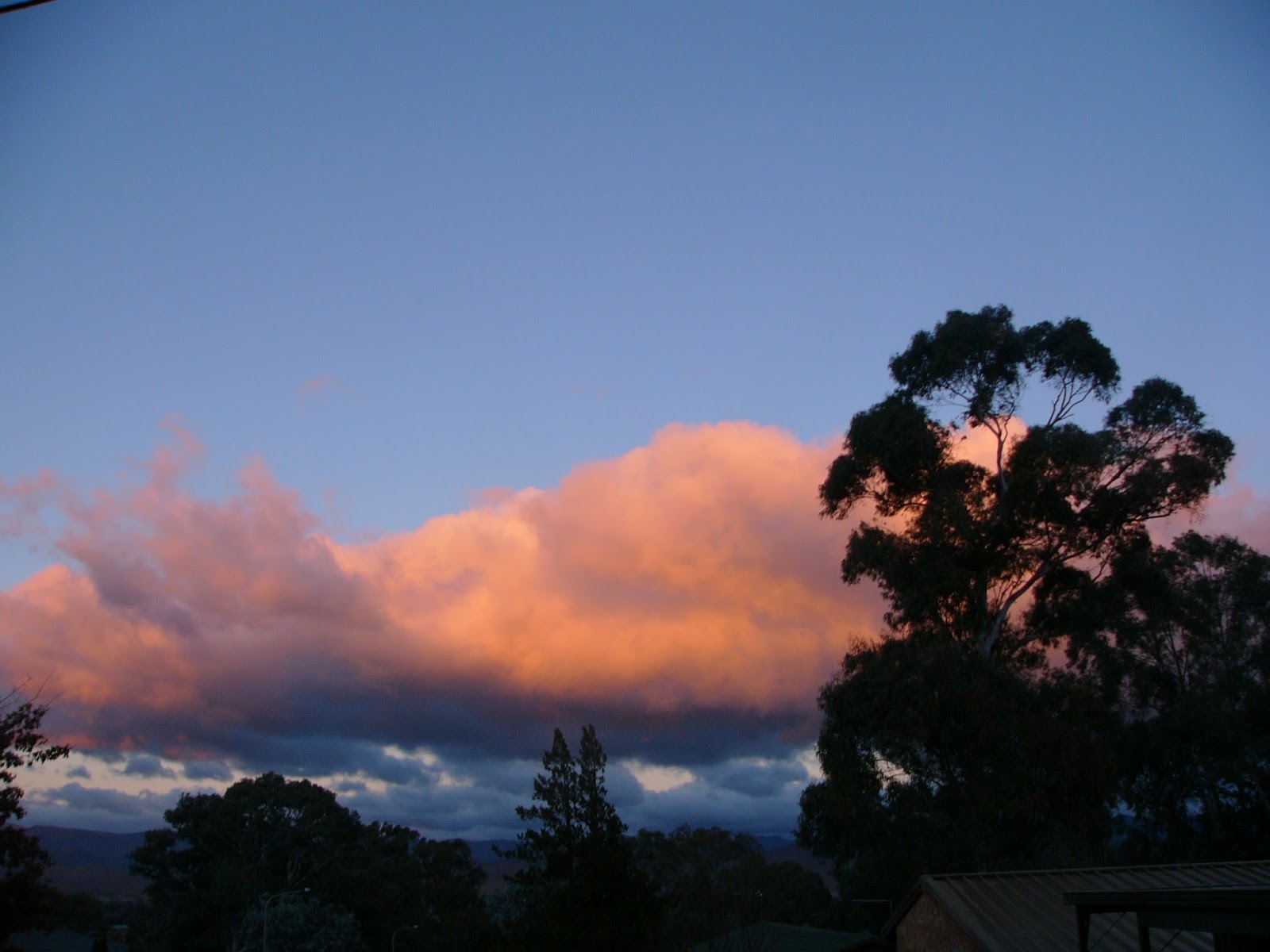 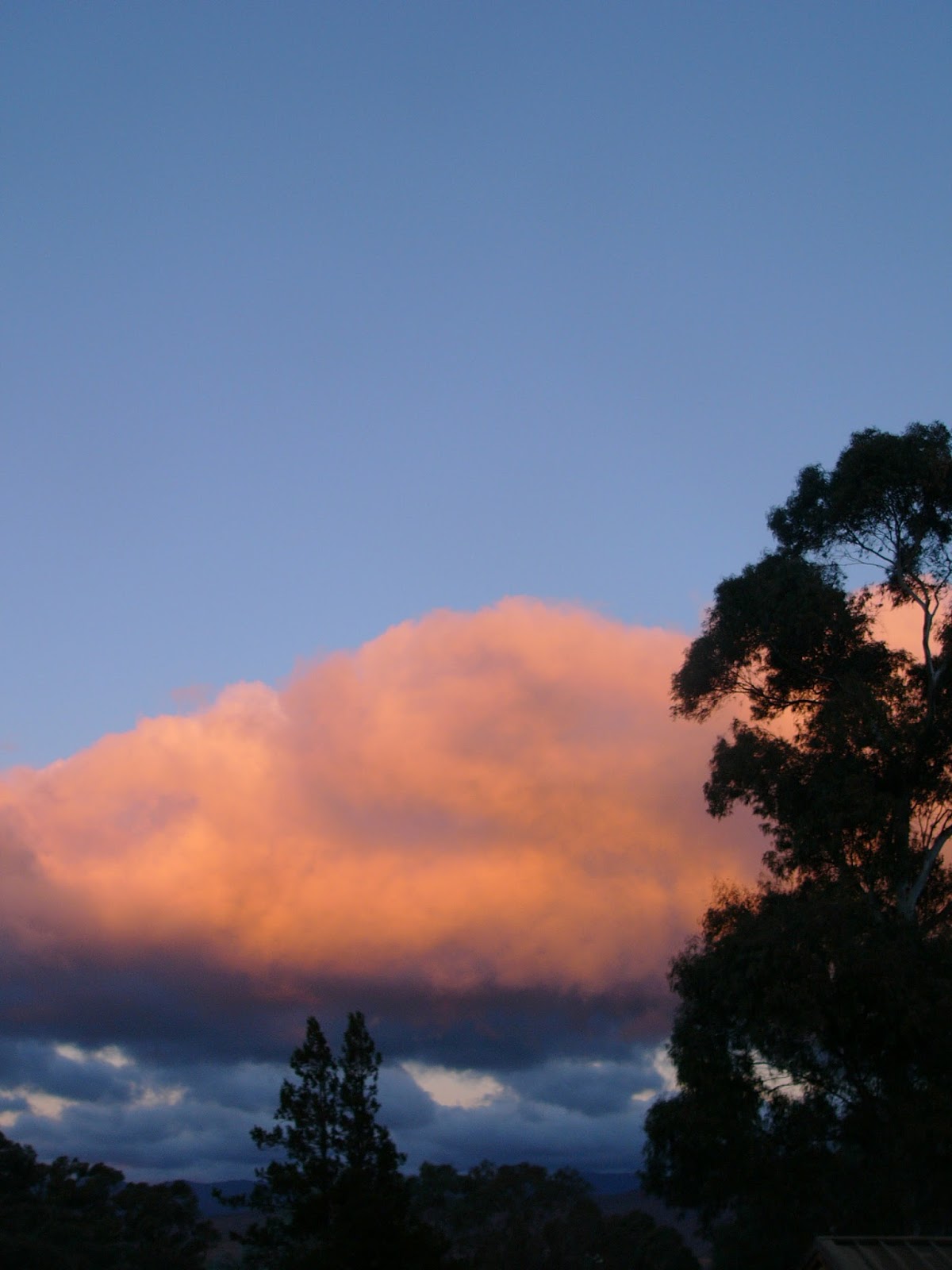 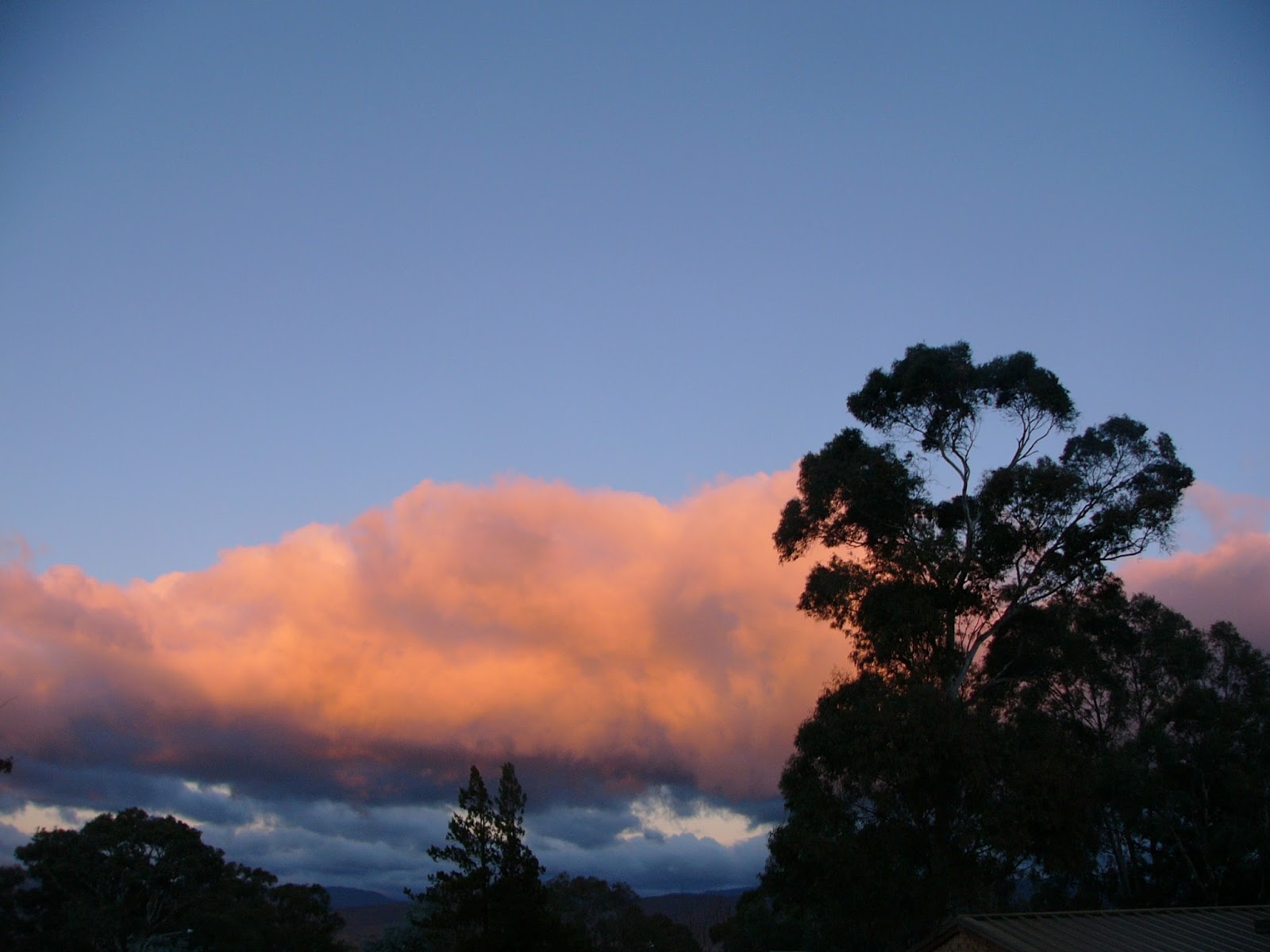 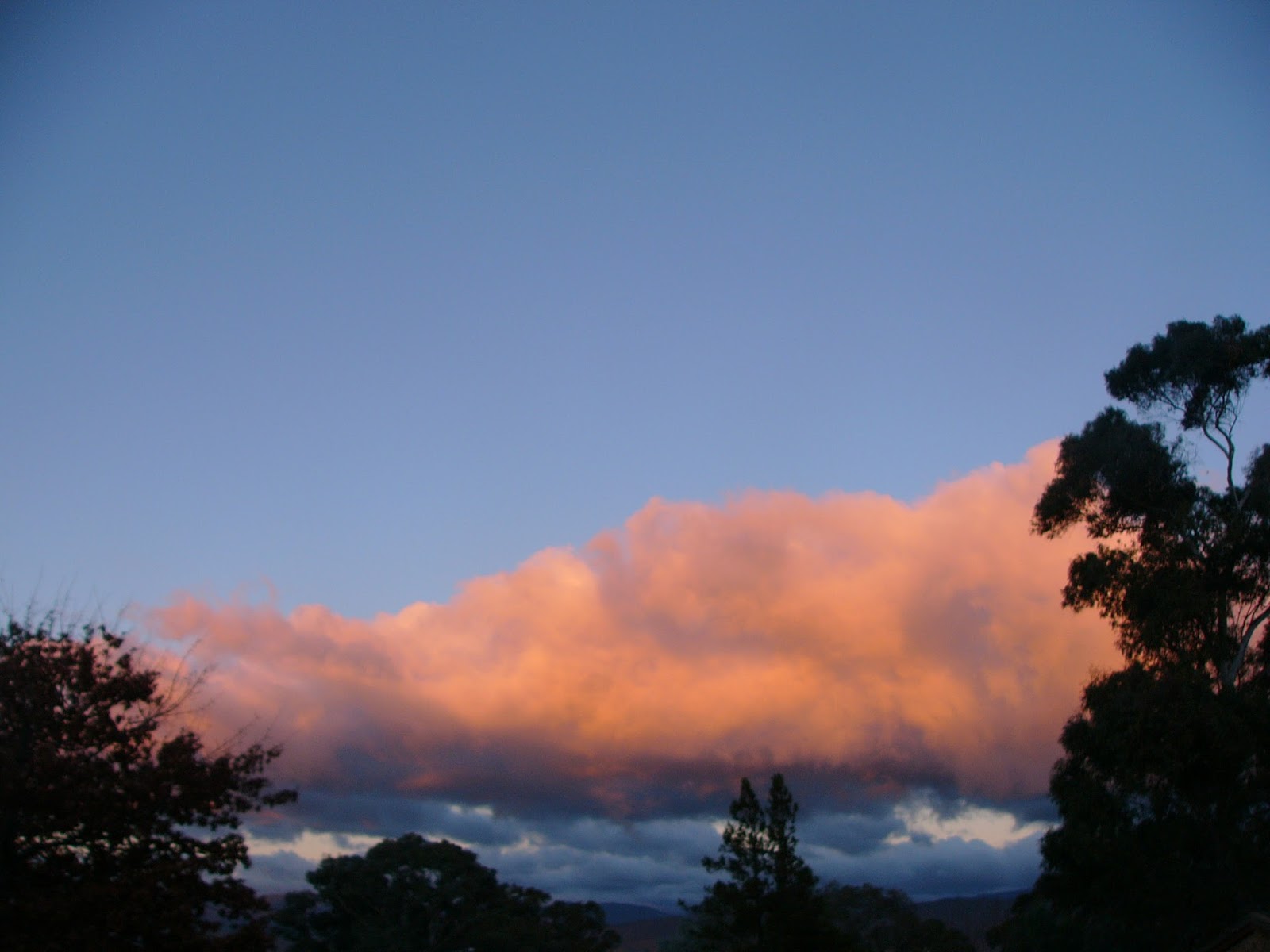