Like River I usually run with a theme.   Insomnia and habit mean that I am an early riser.  At the moment it has the advantage that I can get (quiet) things done before the skinny one is up.  One morning this week just before dawn I noticed a soft rose glow through the window.  And headed out with my camera.

It was subtle to begin with. 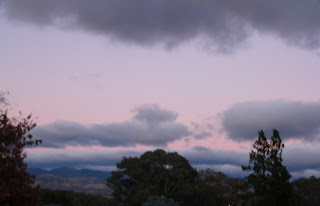 And then I turned around and looked in the opposite direction - to the east. 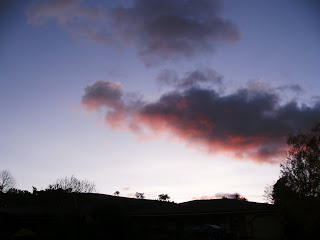 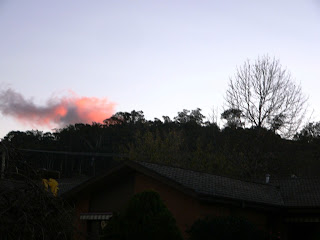 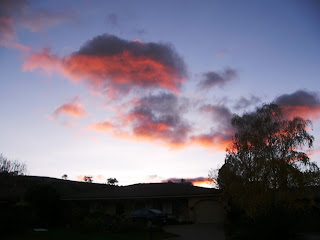 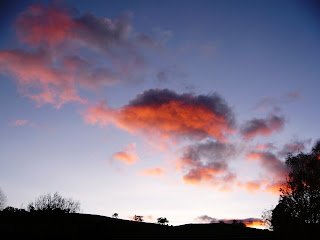 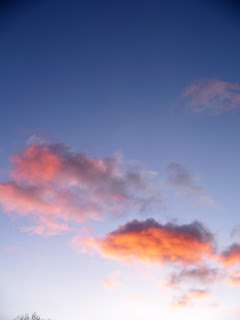 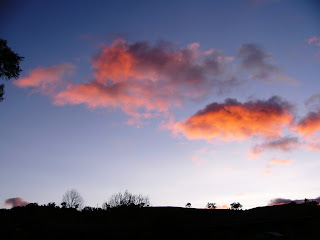 And back down the valley again... 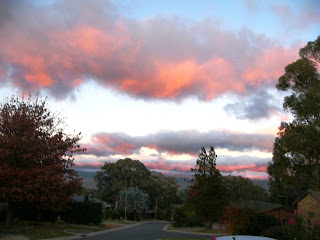 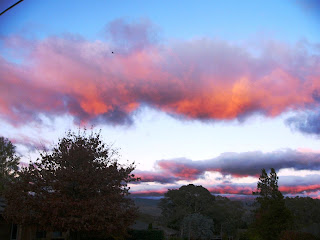 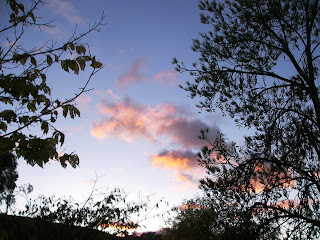 His high and skinniness is still verging on toad-like behaviour.  Fortunately, despite himself, he is mostly improving.  If I don't kill him he will probably survive.
Posted by Elephant's Child at 04:56