The lovely and prolific Sandra Cox has yet another book out!!!


He’s the sheriff of a sparsely populated county in Montana. His blood brother and childhood best friend is Chief of Police on the Blackfoot Reservation, but they no longer speak. His deputy is a Southern transplant with the body of a high-priced call girl, a voice of honey and a mouth of a trucker. And if that’s not enough, he’s got a secret that would stun those that know him best. Other than that, it’s business as usual for Sheriff Mateo Grey.


She cleared her throat and asked what was on the forefront of her mind. “Do you think we can get the child back?”


His hands tightened on the wheel and he looked straight ahead.  “We’ll get her back.”


She nodded. In some it might sound like braggadocio. But not coming from Mateo Grey. No one tracked like the sheriff. Not even the residents of the Blackfeet Nation where they were headed. And they were no slouches in the tracking department. He was nineteen for nineteen and that was just since she’d worked for him.


“Tell me what you know about the girl’s disappearance.”


She told him what she knew which wasn’t that much. “They didn’t know the child was gone till this morning, when her mom went in to check on her.”


Leaned over the wheel, he straightened. His body language and his facial features changed, became sharper, more intense. His unusual amber eyes glittered. A fission of unease traveled up her spine and lodged at the base of her neck.  He looked angry and dangerous. Even though she knew it was directed at the situation not her, it shook her.  But she’d be damned twice over before she let her boss know she sometimes found him intimidating.


“It was down to twenty degrees last night. And in the mountains even colder.” He shifted restlessly in his seat. “Was she taken or just wandered off?”


She shrugged then realized he couldn’t see her.  “Don’t know.  There’s no indication she was taken or that anyone outside the family was in the house.”


They fell silent. Dark clouds traveling overhead made the indigo night darker. The barren trees along the road threw the sheriff’s face in and out of shadows adding to the eeriness of the drive. Her heart ached as she thought about a toddler alone in the cold and dark. Or was she? 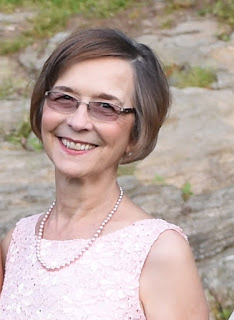 Sandra is a vegetarian, animal lover and avid gardener. She lives with her husband, their dog and cats in sunny North Carolina.


Her stories consist of all things western…and more. She is a category bestselling Amazon author, Eppie finalist and Golden Ankh Award winner.


You can find her HERE.

Her latest book sounds like fun, doesn't it?  I bought my copy early this week and hope to get to it soon.

If you were a shapeshifter and had the choice, what animal would you be? Would you choose a secluded or highly populated area to live in? Got a place in mind?

I would be a dragon.  I would choose a highly populated area, because in my eyes a dragon NEEDS easy access to a library (preferably several libraries).  Whether it remains highly populated is another question...