As usual I am running with a theme.  And I am reverting to one of my favourite obsessions - birds.  A little while ago we were visited by a pigeon.  Common or garden.  In a day or so he/she brought a friend to the dinner table.  And within a week we were getting up to twenty at a time, in a variety of colours.  I had assumed that they were an introduced species.

Wrong.  Or sort of right.  When I looked them up in our birds of Australia book (which I must update) I discovered that they are Rock Doves otherwise known as Feral Pigeons.

They are descended from the Rock Pigeon, found in Europe and Asia.  Many plumage variants have been developed over the years and the most common colours of feral birds (found in almost all Australian cities and large towns) are a mixture of grey, black, white and brown with purple and green sheens.  And indeed, they are very beautiful when you look at them more closely. 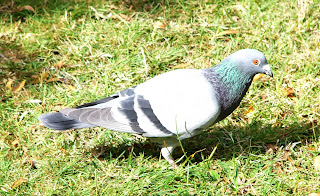 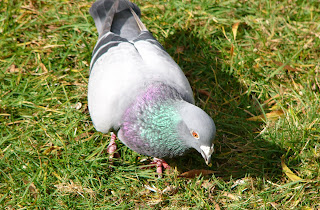 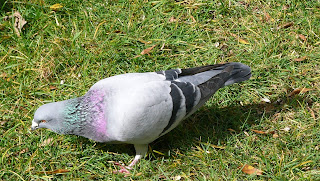 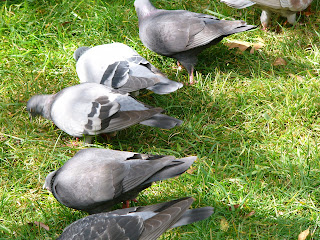 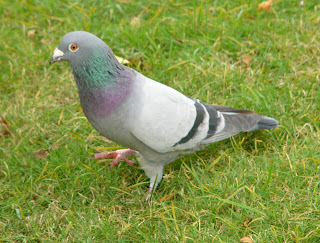 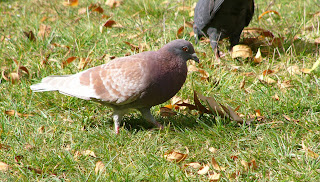 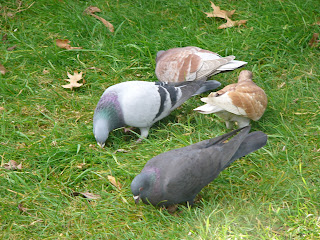 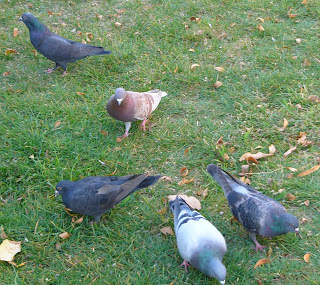 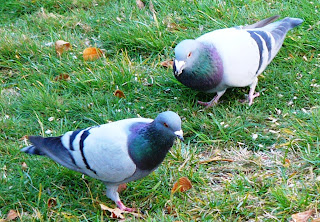