Like River I generally run with a theme. Today there is just one photo.  I am currently weeding, weeding, weeding to make room for all the spring bulbs I bought (most of which have arrived).  Yesterday morning when I first went out I caught sight of this gem, glistening in the sun.  (And if it hadn't been highlighted by early morning sunshine I would have walked into it.) 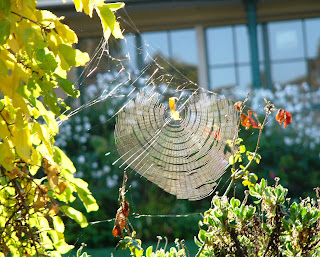 This next item is a thank you to River who posted pictures of this solar spinner on her Sunday Selections a few weeks ago.  I  immediately wanted to buy it for the smaller portion.  Thanks to information given to me by River and Mimsie it arrived here earlier this week, and he loves it as much as I thought he would.


And here it is in the daytime, hanging from the pergola over our back deck. 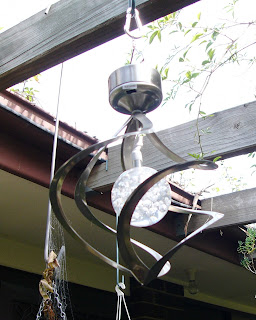 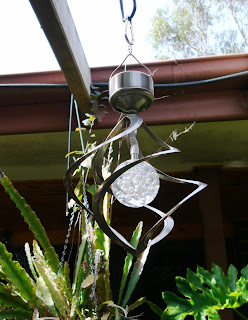