Thursdays Outing (or I was wrong)

Last Thursday I got up early as I almost always do.  Before the smaller portion had emerged I had fed the fish, let the cats out, brought the cats in and fed them, taken the recycling down to the bin, done three loads of washing and detruffelated the kitty litter.

What energy I have is morning energy and I was already starting to flag, but planned to continue my weeding extravaganza.  And then he threw a spanner in the works by announcing that he 'felt like an outing'.  My immediate reaction wasn't positive.  Not at all positive.

However, and it is a big however, he has had depression for many years now and very often essentially shuts down.  He doesn't want to go out, or see anyone.  Which is not good for him - or for me.  Medication has taken the deepest most dangerous edges from his depression but very little more.  And over the years he has tried several different anti-depressants and the current one has been far and away the best.

So, if he actually wants to go out it is something to be encouraged.  And if I don't go, neither will he.  He decided that he would like a country drive, finishing up at Tidbinbilla.  Tidbinbilla is a nature reserve about forty kilometres away from us.  We hadn't been out there since a firestorm tore through the city and surrounds in January 2003.  The damage done to the nature reserve and the loss of wildlife were heartbreaking.  Since then a lot of time and effort has been put into restoring and rebuilding.

When we arrived it was about lunch time.  While we were buying our pass (and we bought one for a year) the ranger at the Visitor Centre told us that if we drove the ten kilometres or so to The Sanctuary (a wetlands ecosystem) we would be likely to see platypus.  'Of course we thought.  In the middle of the day - chance would be a fine thing'.

Just the same we headed off in that direction.  Tidbinbilla Valley is very beautiful, and home to wetlands, grasslands, woodlands and eucalpyt forest habitats. 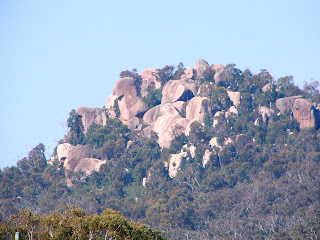 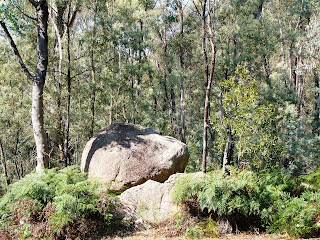 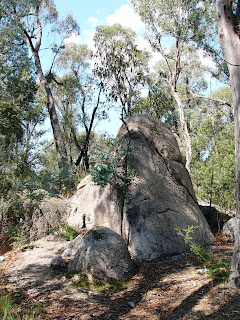 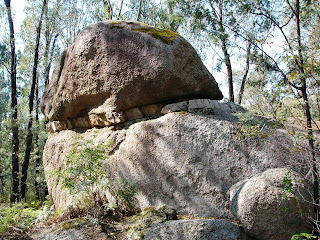 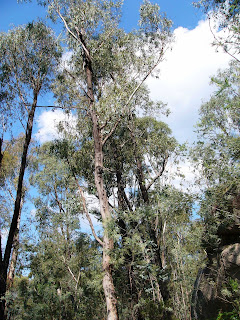 And then we reached The Sanctuary.  It is surrounded by bushland and protected by a predator proof fence.  The paths are wheelchair accessible and there are many benches and viewing areas, and some impressive art work as well. 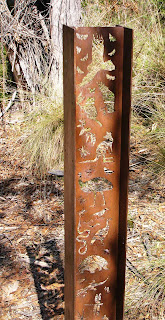 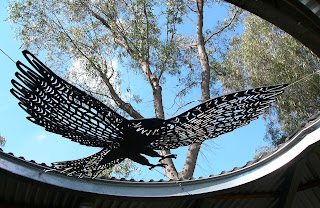 The path led us first to the pools where we had been told we were likely to see platypus.  AND WE DID.  WITHIN MINUTES.  TWO OF THEM.  And I was smiling so broadly my face hurt.  I am sorry that the photos are not better.  If you embiggen the next two photos you will just see a platypus in the middle of the pool. 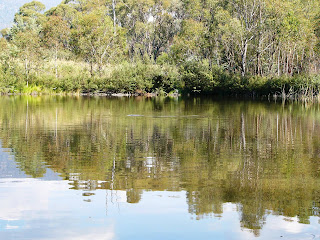 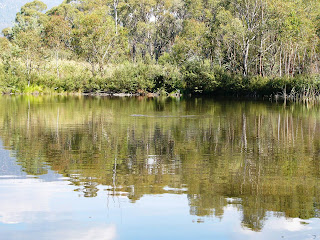 We stayed there for quite some time and then continued along the paths past the interconnected ponds.  Our next treat was to see Brolgas - Australia's only native crane. 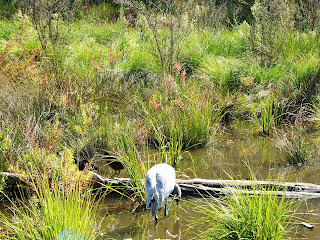 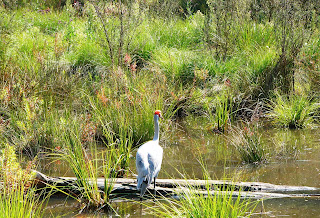 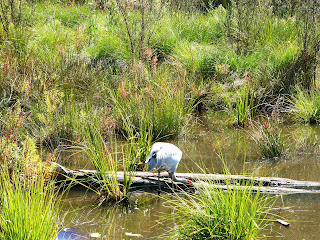 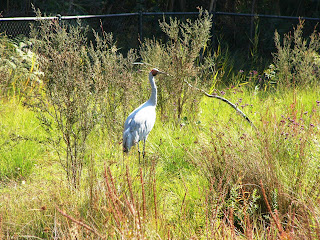 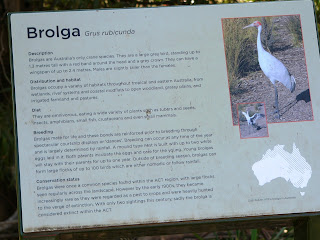 I was a very, very tired puppy by then so we slowly headed back to the car, enjoying more quirky artistic features on the way, like the verses on this seat. 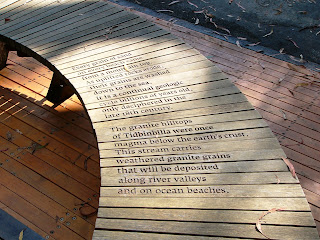 And then a slow and scenic drive back to the entrance - stopping to take the mandatory photos of kangaroos. 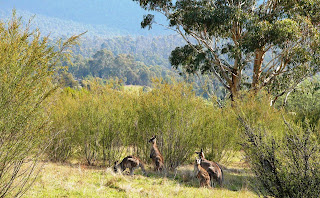 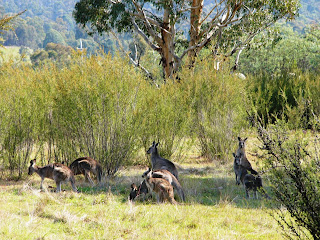 I really, really didn't want to go.  I wanted to stay home and weed some more.  And I was wrong.  I cannot remember ever seeing platypus except in zoos and the brolgas were a first too.

And to add to my wrongness.  I weeded on Friday.  I weeded on Saturday.  And I did too much.  By Sunday I was so tired I was nauseated, my vision was blurred and my pain increased significantly.  And today I am only marginally better.  It was good for the smaller portion to get out - but it was also a very healthy break for me.