Like River I generally run with a theme. One evening this week the sky seemed to catch fire as the sun went down, resulting in a much more vivid sunset than we usually see.  Joy and bliss. 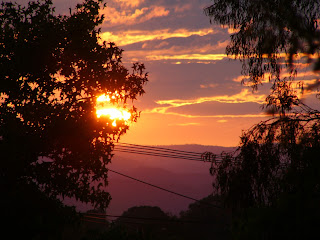 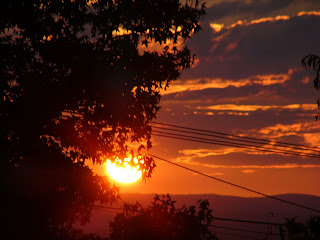 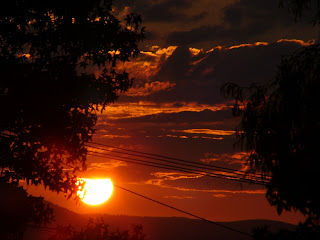 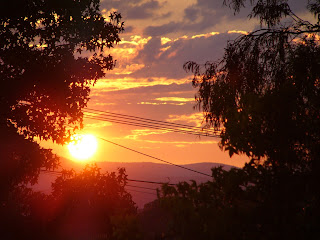 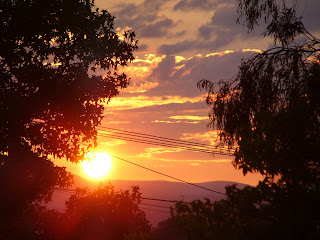 And such a useful sunset it was too.  I also used it to illustrate my latest post at Vision and Verb.  As some of you know, I am a collaborator there and post with them once every three weeks.  It was such a privilege to be invited, because the other collaborators are SUCH talented women.  If you get the chance, come and visit...
Posted by Elephant's Child at 06:26