Another outing, another exhibition, another treat.

We are on a bit of a roll at the moment.  Last week we went to our National Library to see 'Mapping Our World:   Terra Incognita to Australia.'

I find old maps romantic.  Here be dragones...  And they are frequently beautiful.  And I am amazed at their accuracy - and sometimes at their inaccuracy.

Photography was banned at this exhibition too.  And they were very serious about it.  Mobile phones turned off (and a guard or two in each room).  Large handbags/shoulder bags to be checked in before entering.  So again I have bought postcards - which I am happy to share.  Let me know in the comments if you would like one.

I took a few photos (on my phone) before we went in. 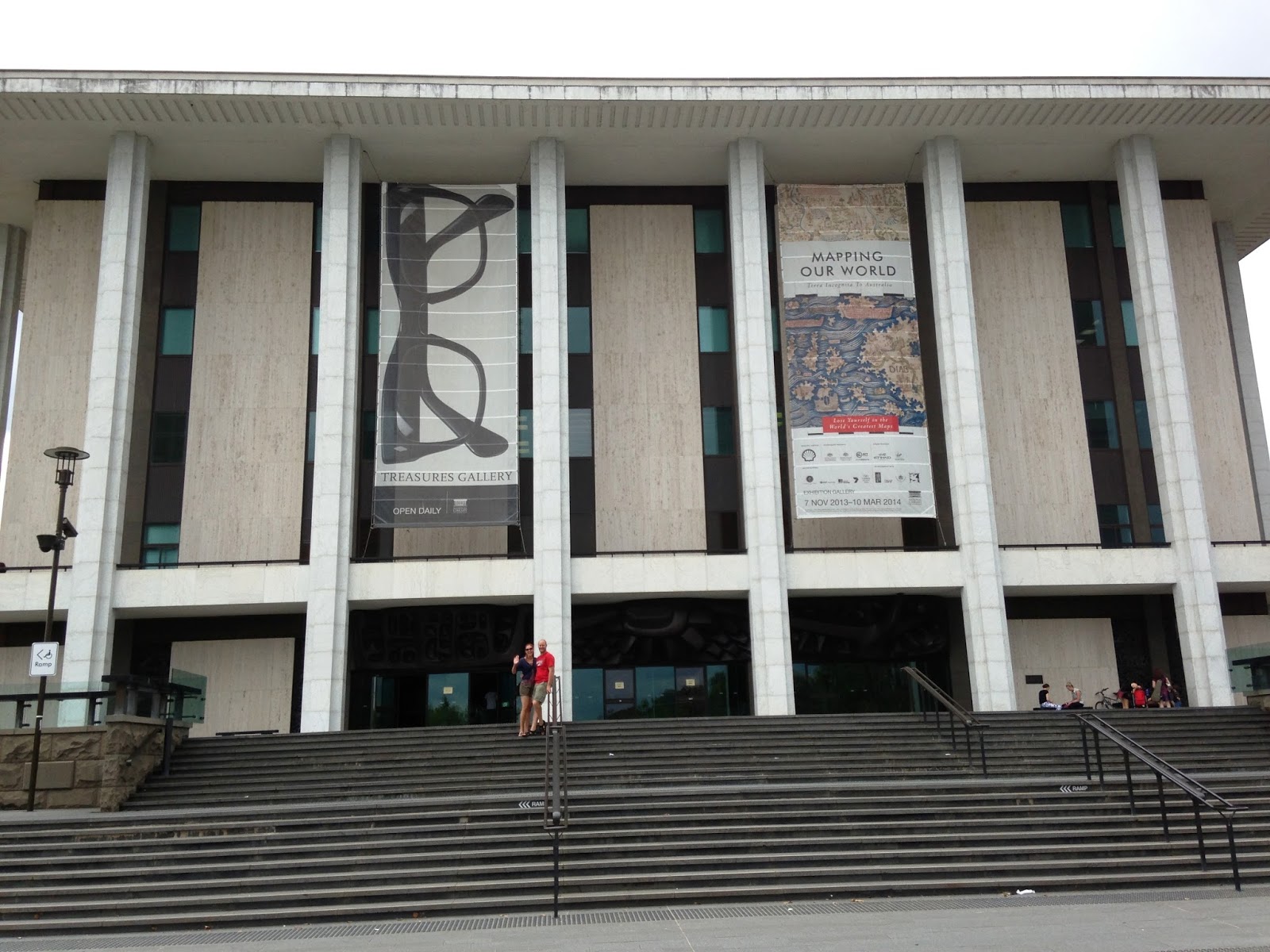 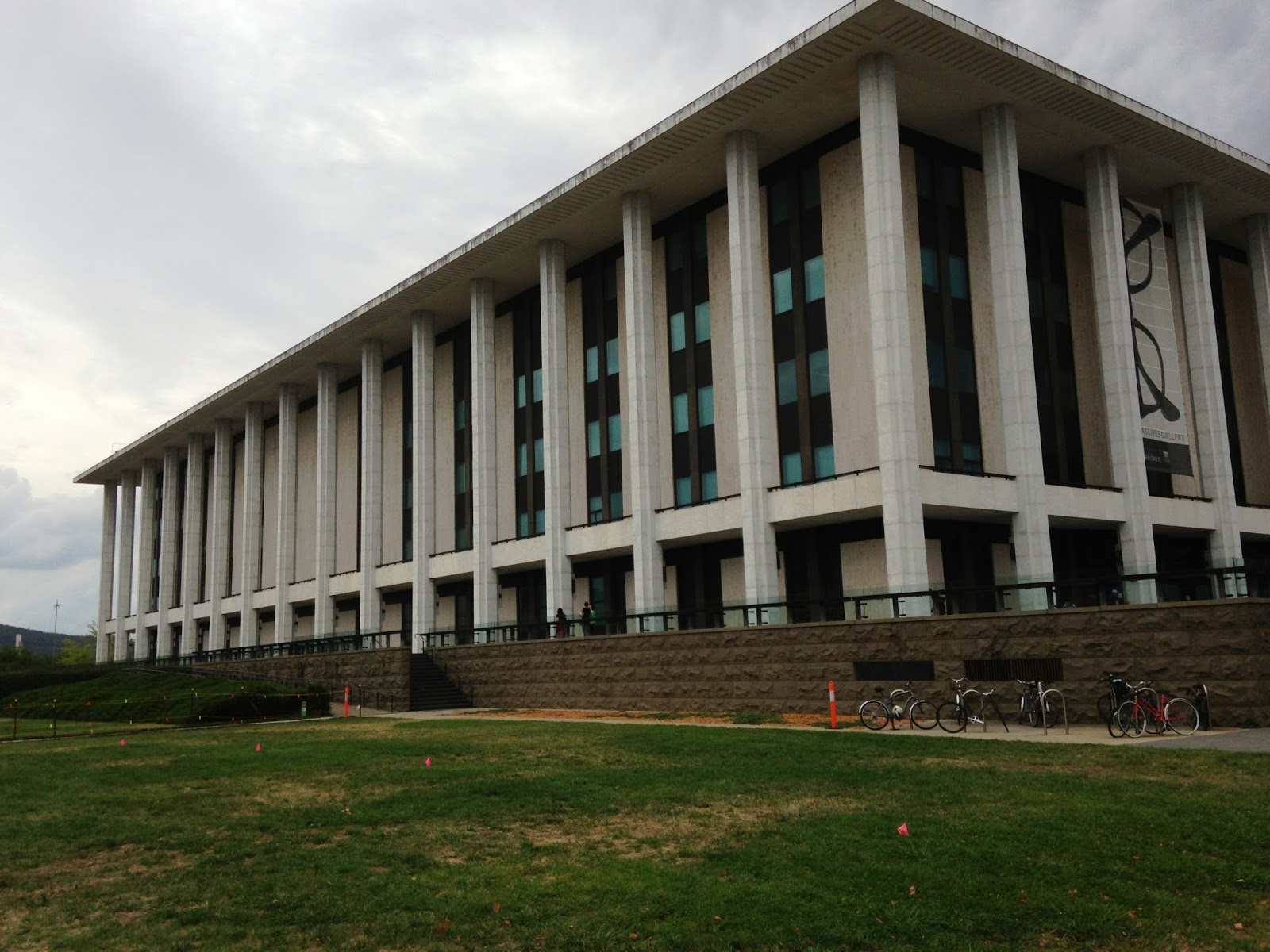 And then to the exhibition.
Starting with a fridge magnet (of course). 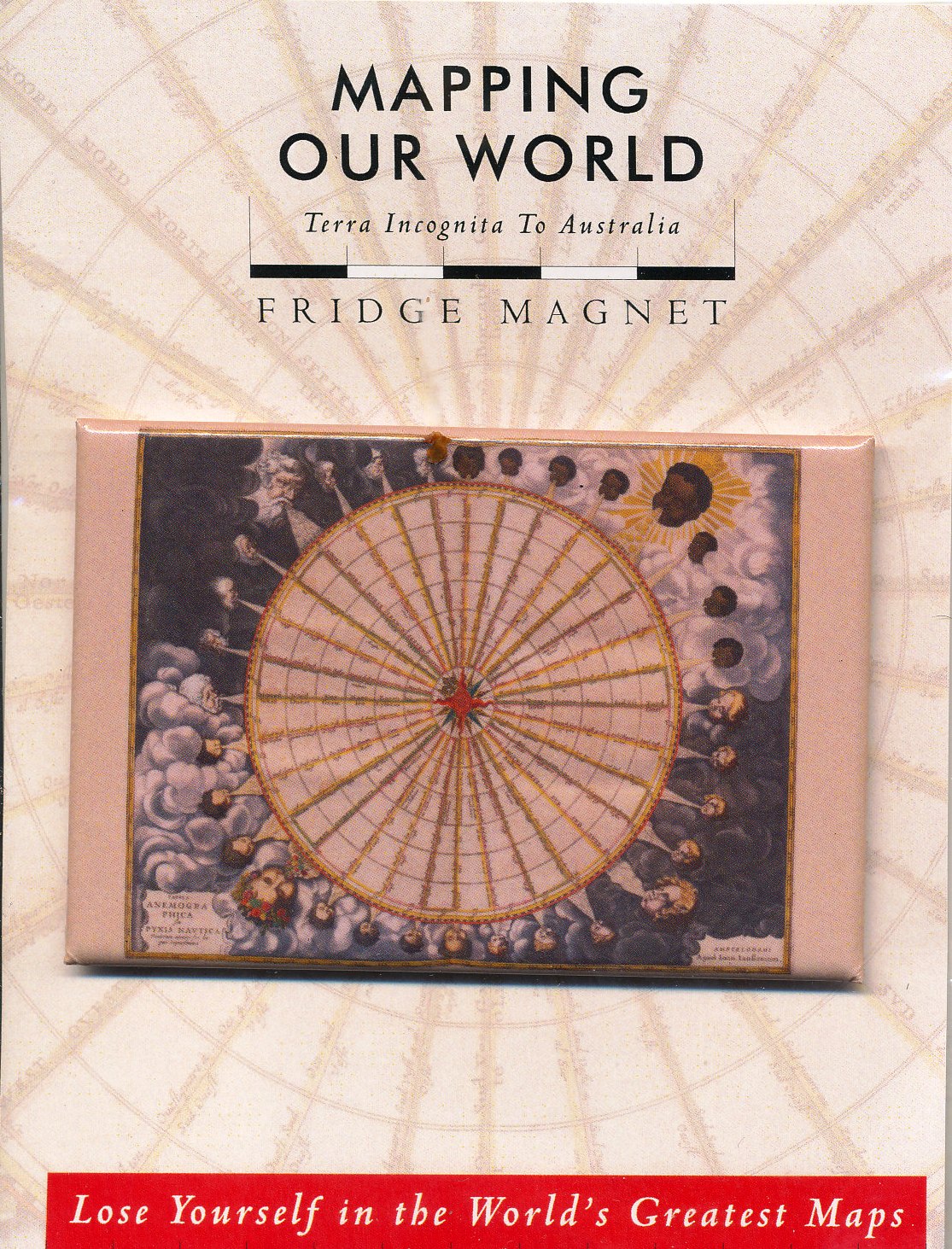 Amazingly, this exhibition was free.  And the crowd control was very well done.  Relatively small numbers of people were allowed into the exhibition at a time, which meant that looking at the exhibits, reading about them, absorbing them was not only possible, but enjoyable.

The earliest map featured was from c.1050 and was itself a copy of a map originally created in 425 AD by the Roman philosopher Macrobius.  It shows the way that Europe viewed the world, dividing it into zones or climates.  Pretty amazing for the time.  Macrobius imagined the Antipodes to the south as a large, frozen and undiscovered land.  And was surprisingly accurate when Antarctica is factored in.

The most recent map in the exhibition was published in 1814 after Mathew Flinders had completed the first circumnavigation of Australia.  And the detail and the accuracy was phenomenal.

The exhibition includes maps, atlases, globes and instruments - including a long case clock which travelled with Captain Cook (unsurprisingly it apparently was in need of repair by the time he reached Australia).

I was, and am in awe at the courage, initiative and sheer skill of the early explorers - and the cartographers.  Many of the maps are works of art.

I could rabbit on indefinitely, but won't.  A selection of the post cards follows instead.  Clicking will embiggen them so you can see some of the details. 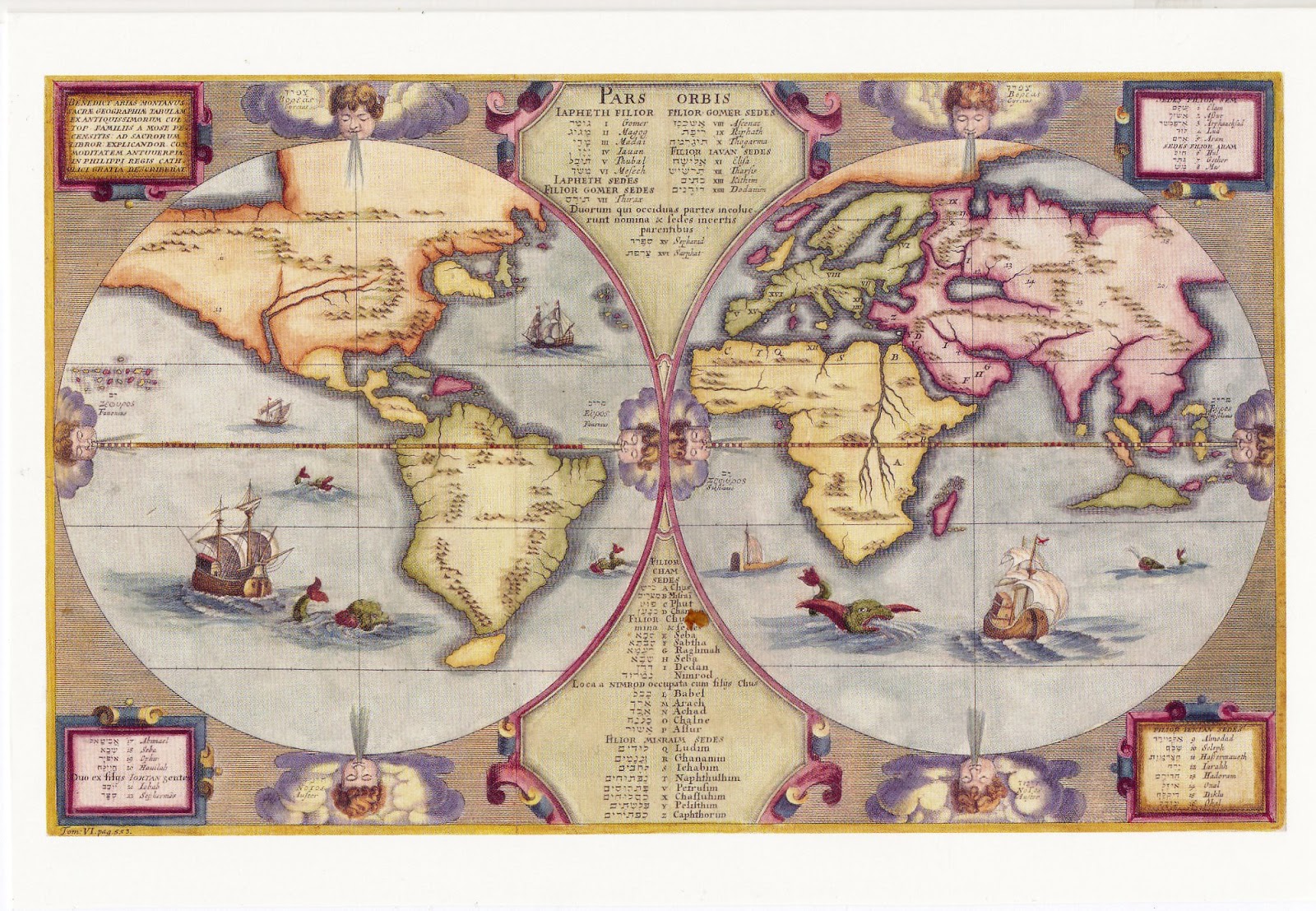 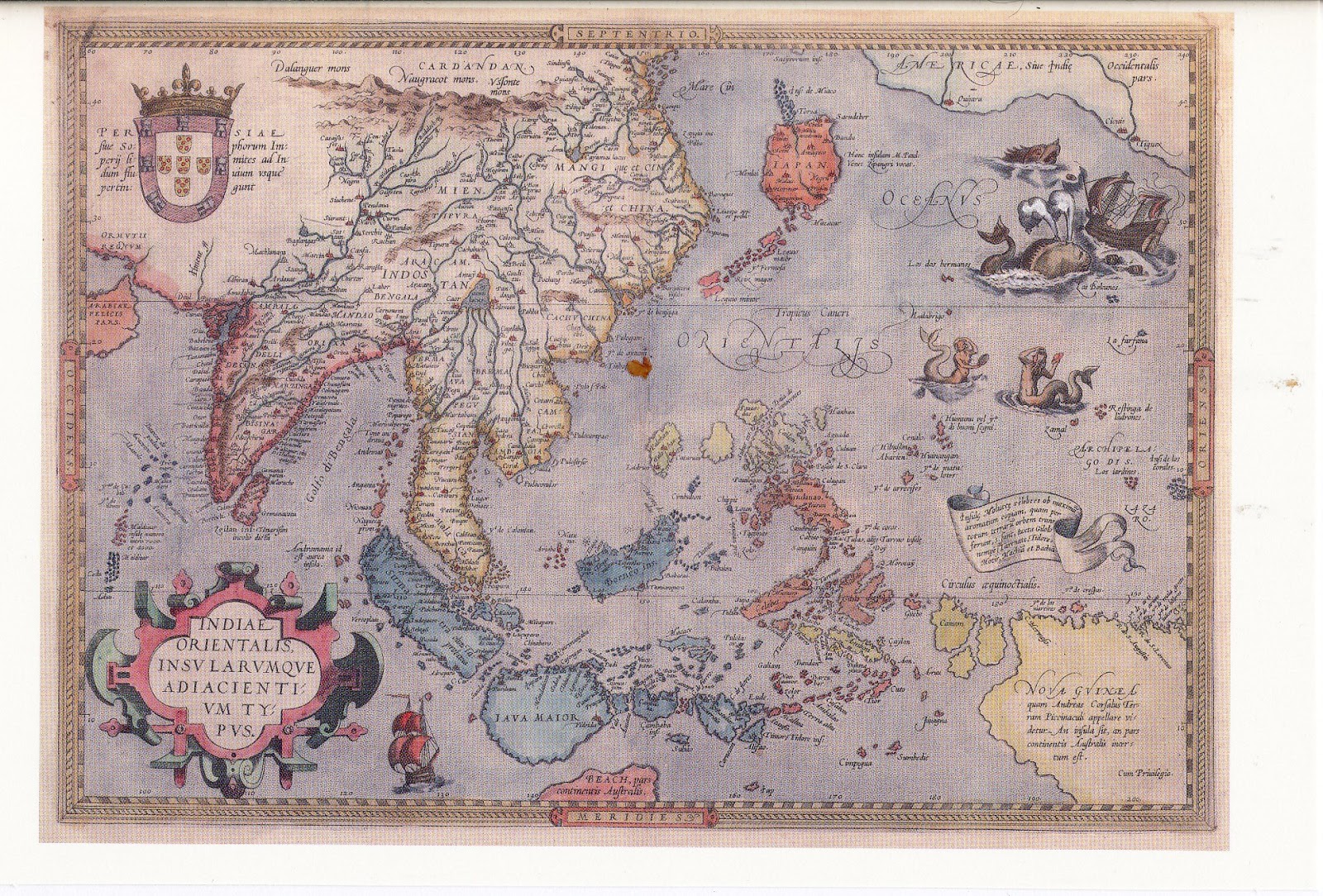 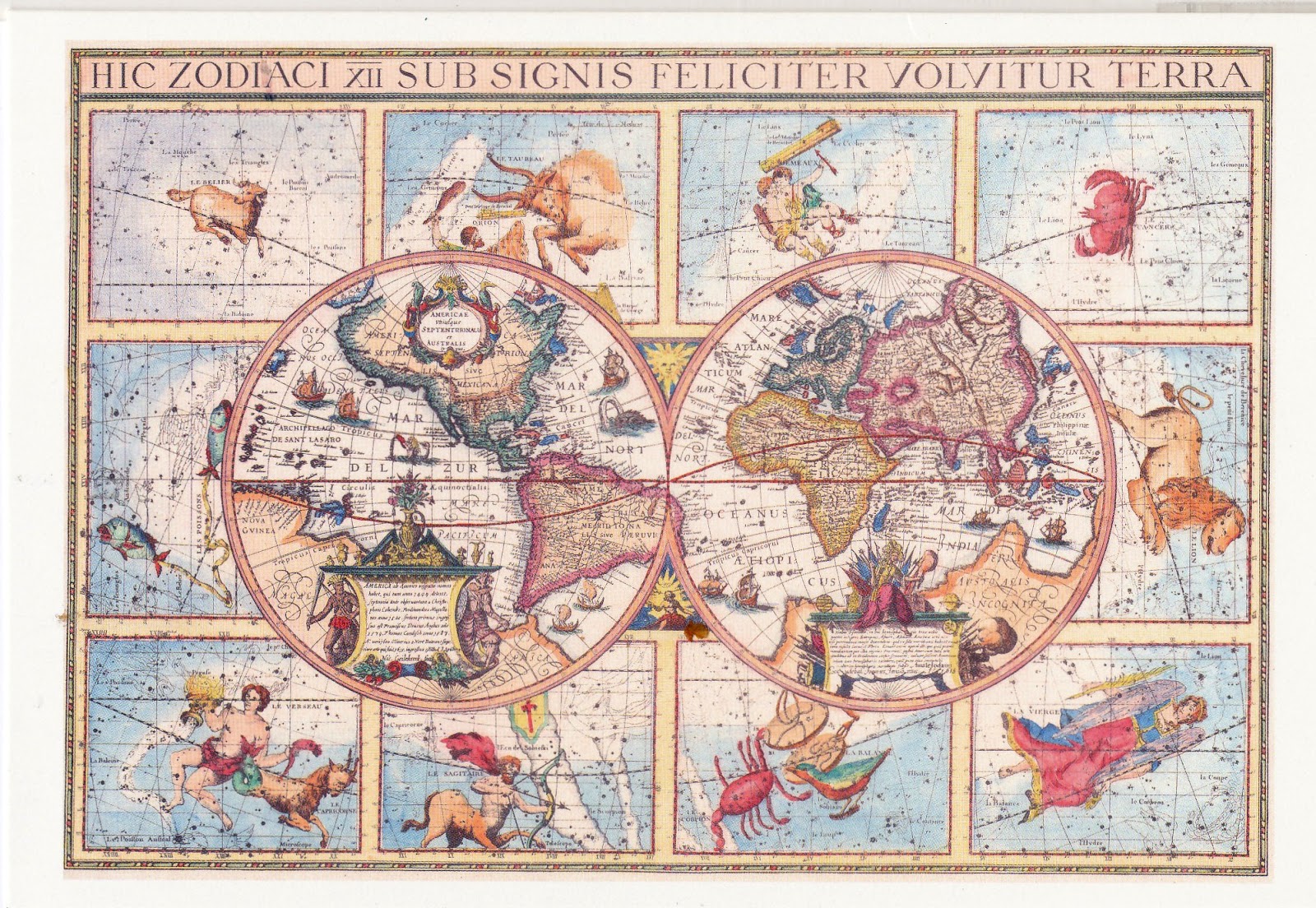 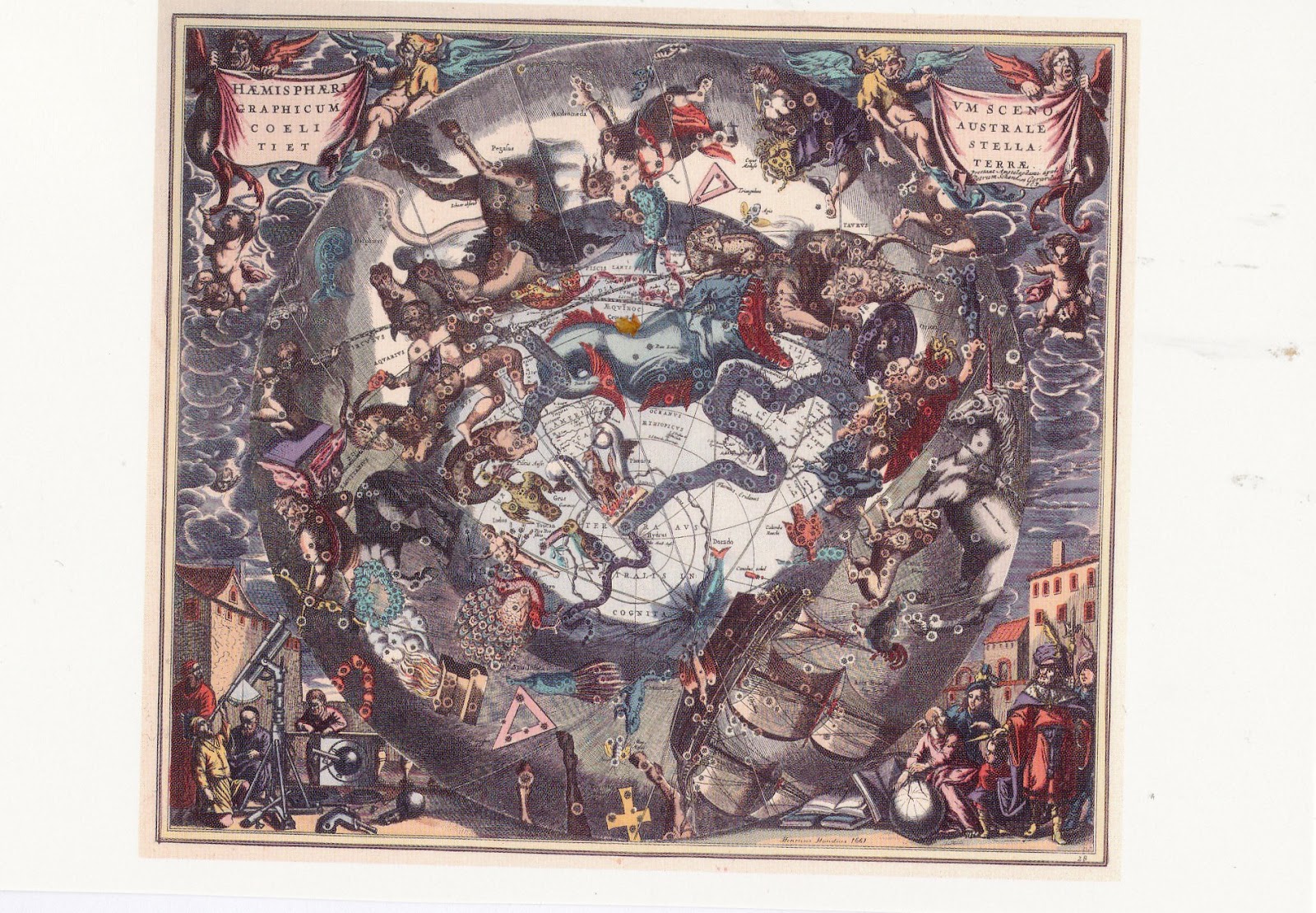 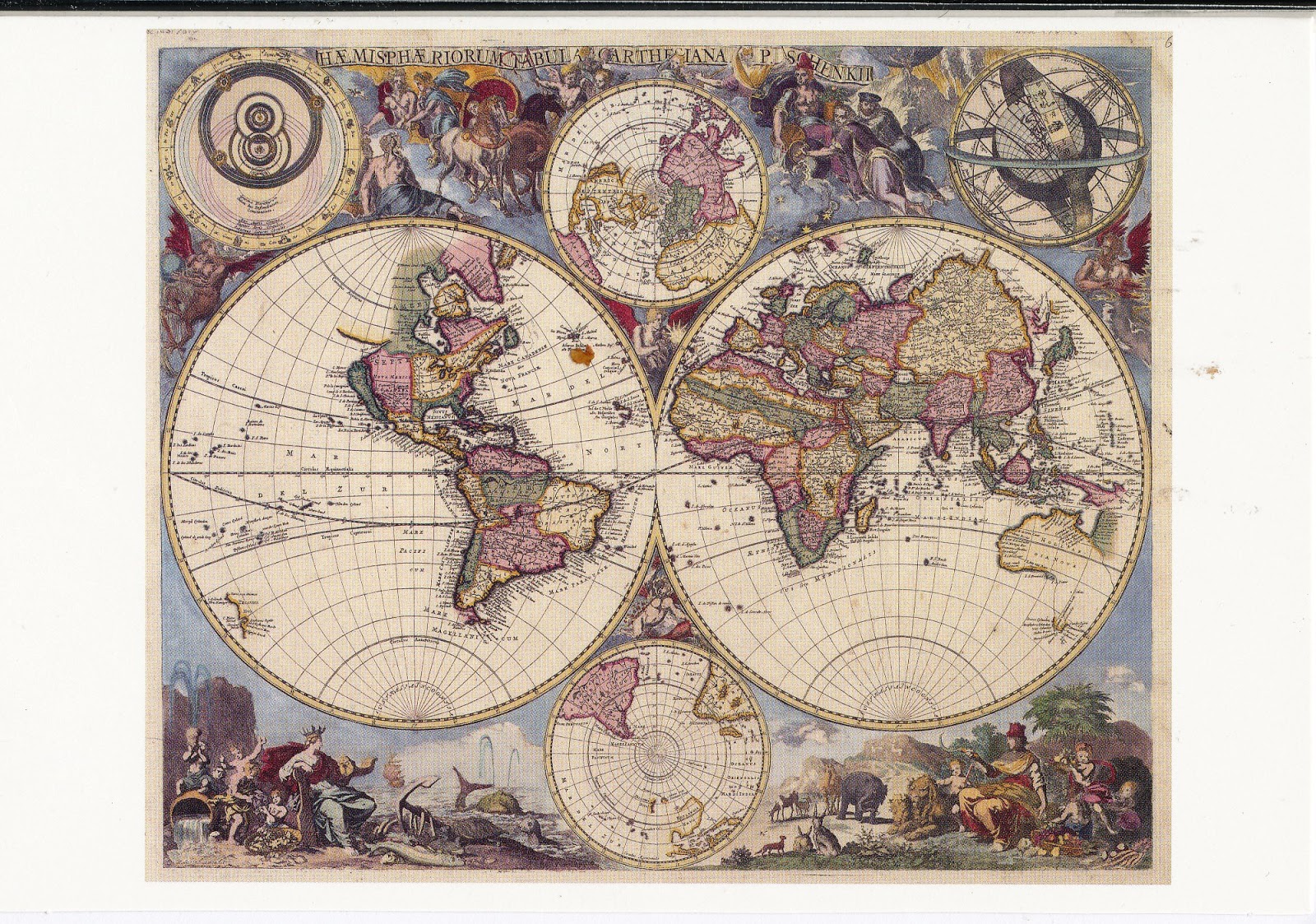 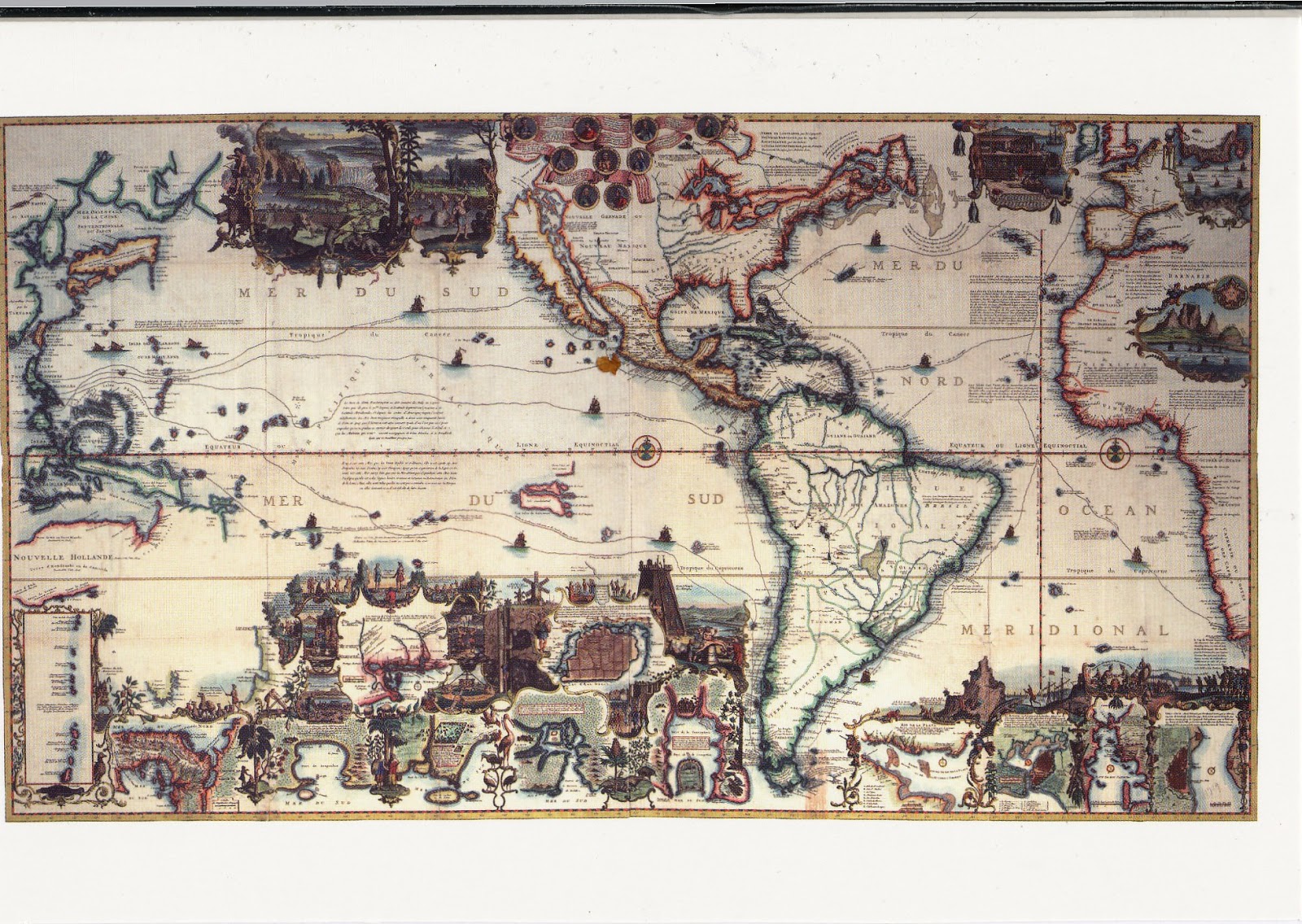 And, as I said, I am happy to share them and will post a card to anyone who wants one - until I run out.
Posted by Elephant's Child at 05:45