Sunday Selections was originally brought to us by Kim, of Frogpondsrock, as an ongoing meme where participants could post previously unused photos languishing in their files.
Huge thanks to Cie who gave me this wonderful Sunday Selections image.
The meme was then continued by River at Drifting through life.  Sadly she has now stepped aside (though she will join us some weeks), and I have accepted the mantle.
The rules are so simple as to be almost non-existent.  Post some photos under the title Sunday Selections and link back to me. Clicking on any of the photos will make them embiggen.
I usually run with a theme.  Our damp/wet days continue.  Yesterday I had to attend a Lifeline meeting for people who volunteer to support our counsellors.  I don't like meetings.  I really don't.  Lifeline sweetened the blow by providing lunch - except that my ongoing nausea meant that option was not attractive at all.  However, the meeting was held at our National Zoo and Aquarium and entrance was included.  So I went early and happily wandered round for a few hours.   Lots of photos follow (for a change) and I will probably show more over the coming weeks.  As an aside during this very wet spring the zoo has given people whose day is spoiled by rain (a minimum of 1mm has to fall) the option to come back (free of charge) any time in the next week.  If there are no dry days that time frame is extended.
Settle back with your beverage of choice.  It was cool (14C at a maximum) and damp and I had a delightful (but very tiring) time.  I did get my 10,000 wobbly, muddy steps in. 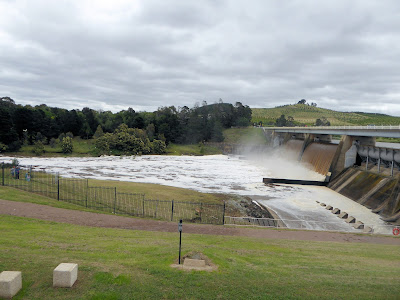 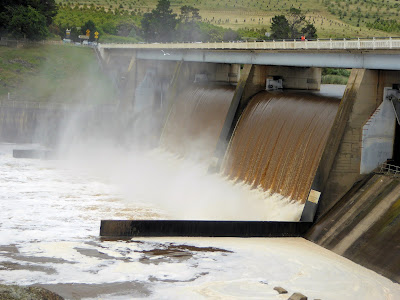 The Scrivener Dam spillway continues to overflow.  The zoo is on the opposite bank. 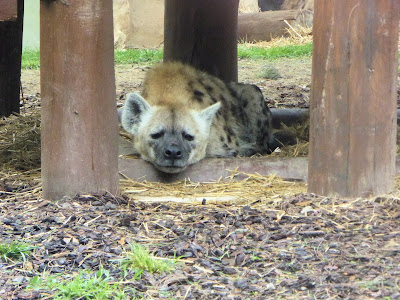 The laughing hyena wasn't laughing - but seemed to be pretty comfortable just the same. 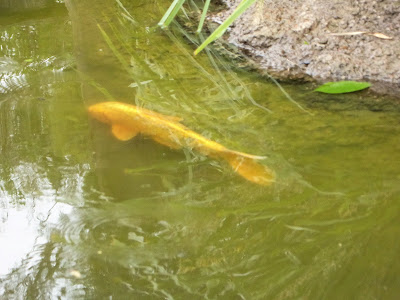 This goldfish had reached an impressive size and wasn't with the otters in the next few photos.  I don't think it would have lasted long. 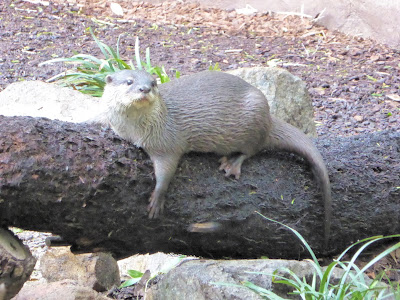 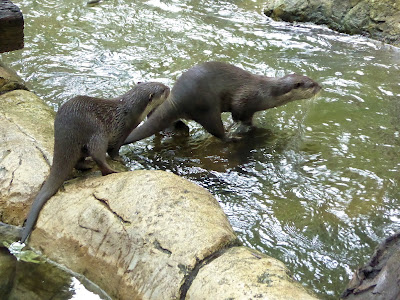 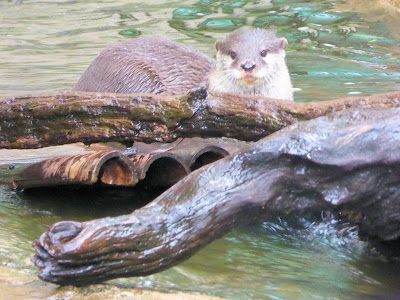 I adore the big cats and the next photos are from some which are quite close to the entrance to the zoo.  I couldn't see the leopard but there are photos of tigers, cheetahs and serval cats to come in a later post. 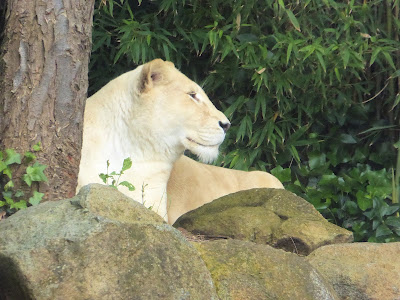 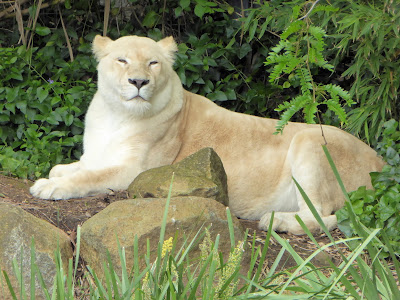 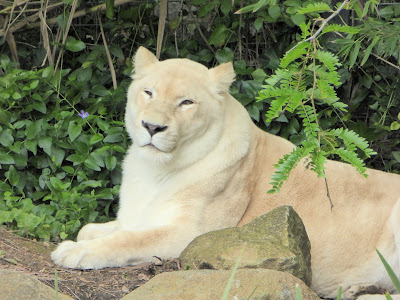 The female is Mishka, and the male Jake.  Apparently they, and many other animals at the zoo, really missed people during lockdown.  Many of the keepers moved to the zoo to keep them company - though I gather that having a lion roaring outside your window is not conducive to a good night's sleep. 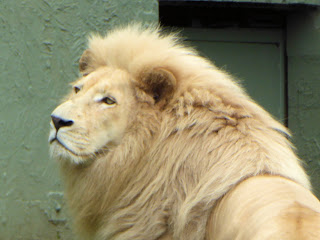 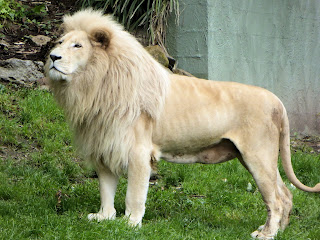 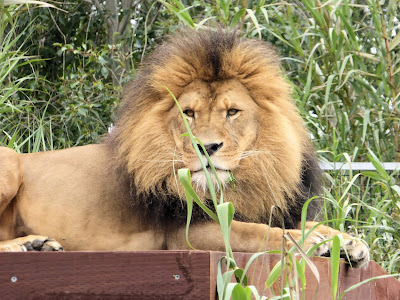 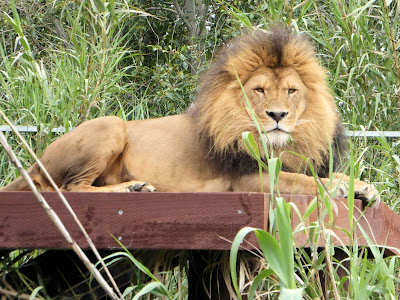 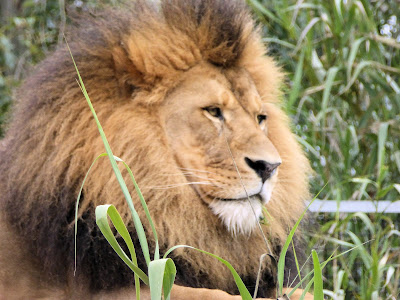 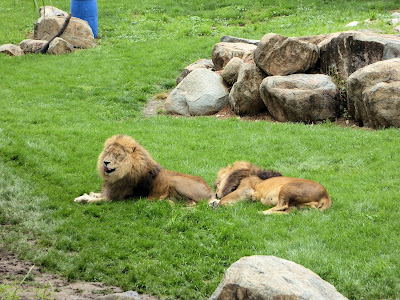 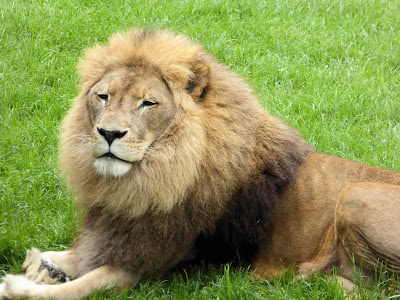 Sorry, but I don't know the names of these lions.  All the animals in the zoo are given names, and I have seen Jake and Mishka respond to theirs. 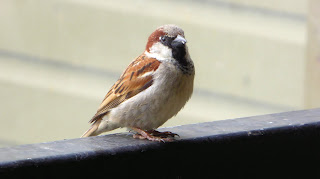 I am finishing this post with a 'common' house sparrow.  Their numbers have been in decline and I was thrilled to see this one at the lion's enclosure.
Zoos have come a long way.  This one is privately owned and devotes a great deal of time and money to enrich the lives of the animals it houses - and it also donates considerable sums to world-wide conservation projects.  It isn't cheap to go there, but I don't begrudge a cent of the charges.
I hope your week is wild and wonderful.