We still don't have a date for the skinny one's surgery.  Hiss and spit.

So we are improving the shining hour by getting out and about while we can.  Last week we went on yet another outing.  Another treat.

Canberra, my city, is widely regarded as making ditchwater seem positively scintillating by comparison.  Arguable, but never mind.  So when a festival started last week to illuminate the capital we had to go - despite it being after dark (and after dark is my bed-time).

Some of the Enlighten Canberra events were ticketed and not cheap.  We took the freeby option and had a wonderful evening.

The facades of buildings in the Parliamentary Triangle were illuminated.  I expected to see them bathed in colour and they were but it went a lot further than that.  The displays on the building changed every few minutes, and some of them were animated as well.  Music, food stalls and very happy crowds.  And pleasant crowds too. Which was a win because I often don't like crowds at all.

Please come with me - and settle in for a looooong ride with a lot of photos.  As always photos will embiggen when clicked upon.

We started at the National Library, arriving just before the lights were turned on... 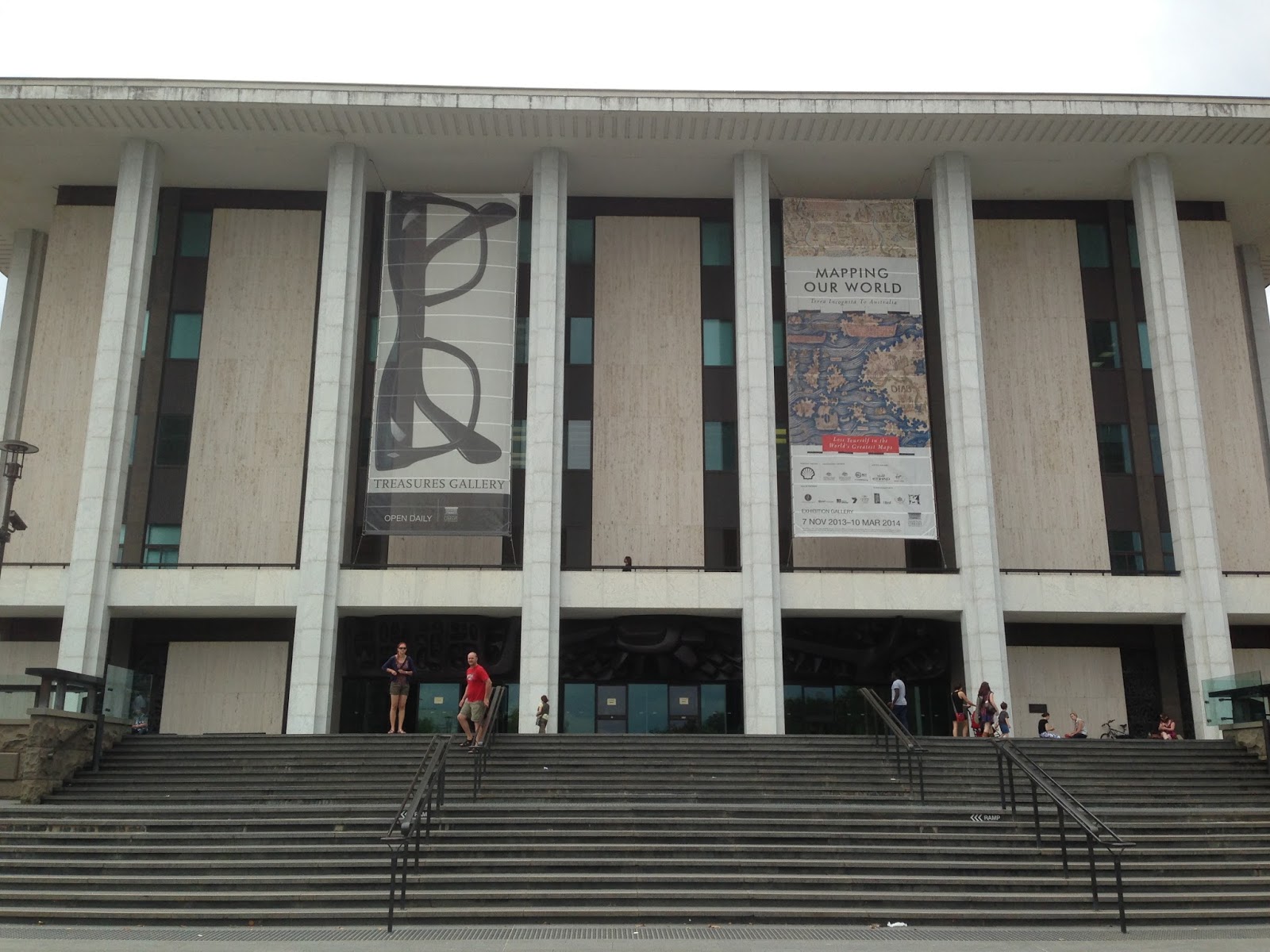 And then the fun started. 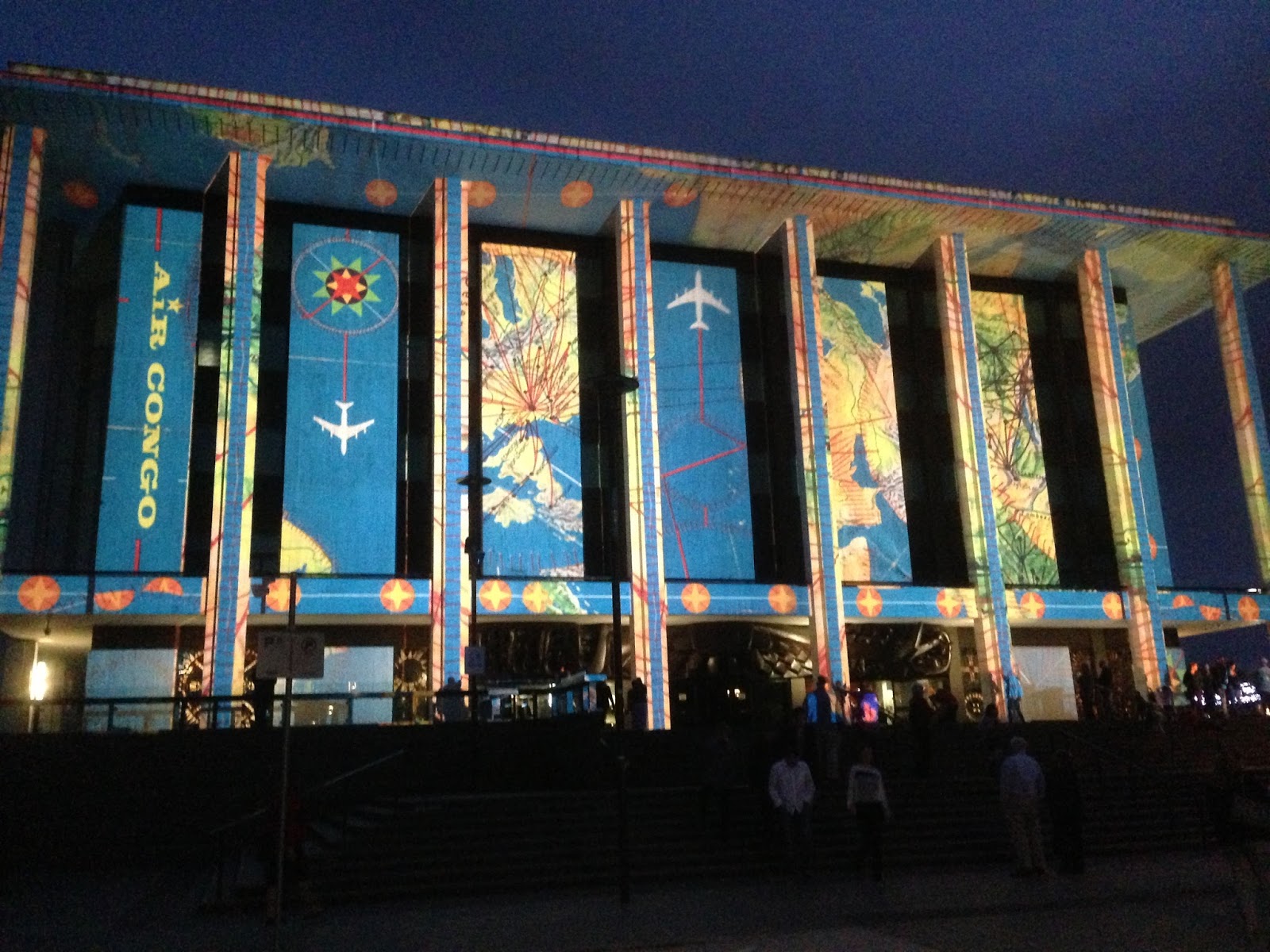 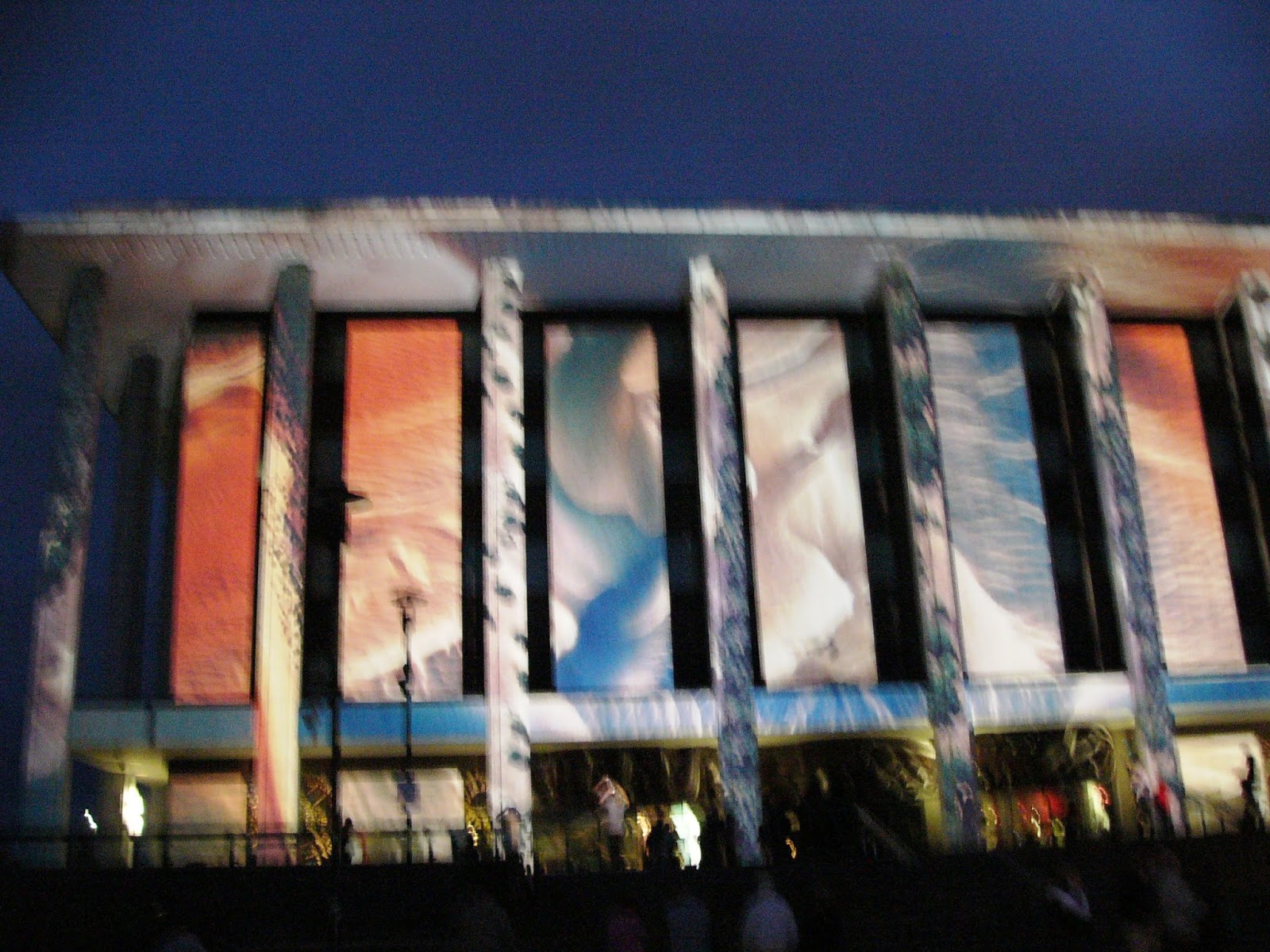 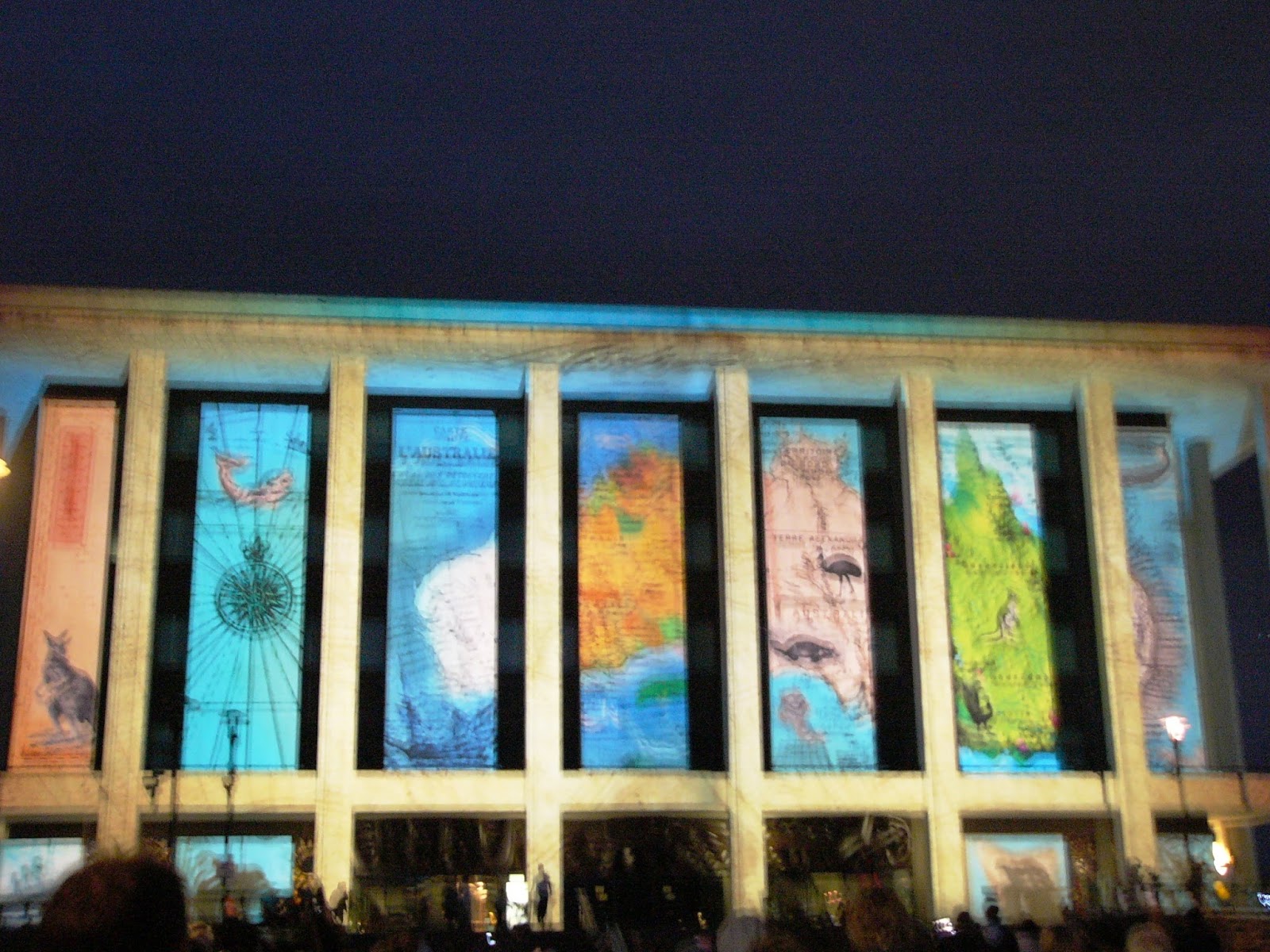 Then on to Questacon, our interactive Science museum. 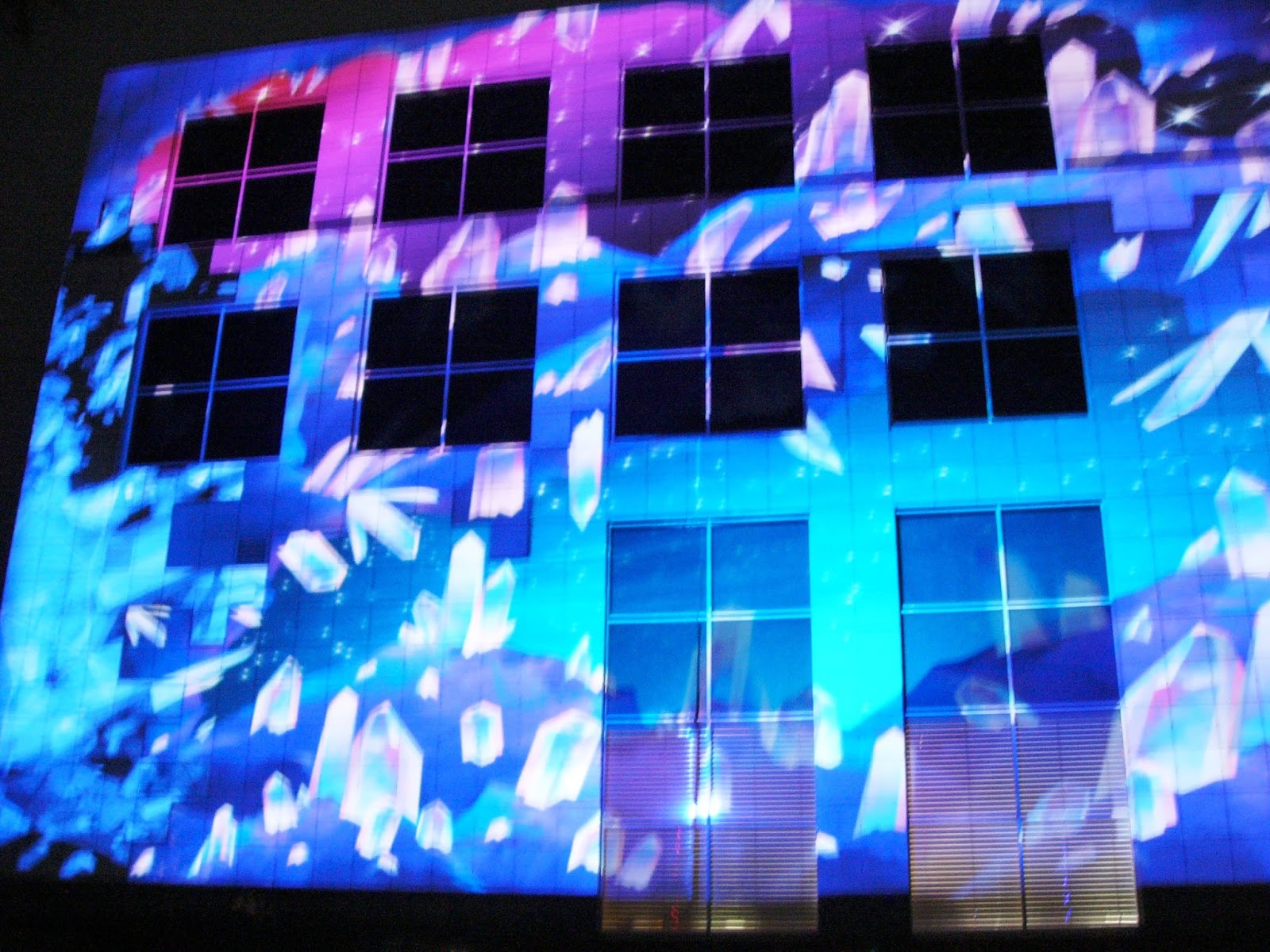 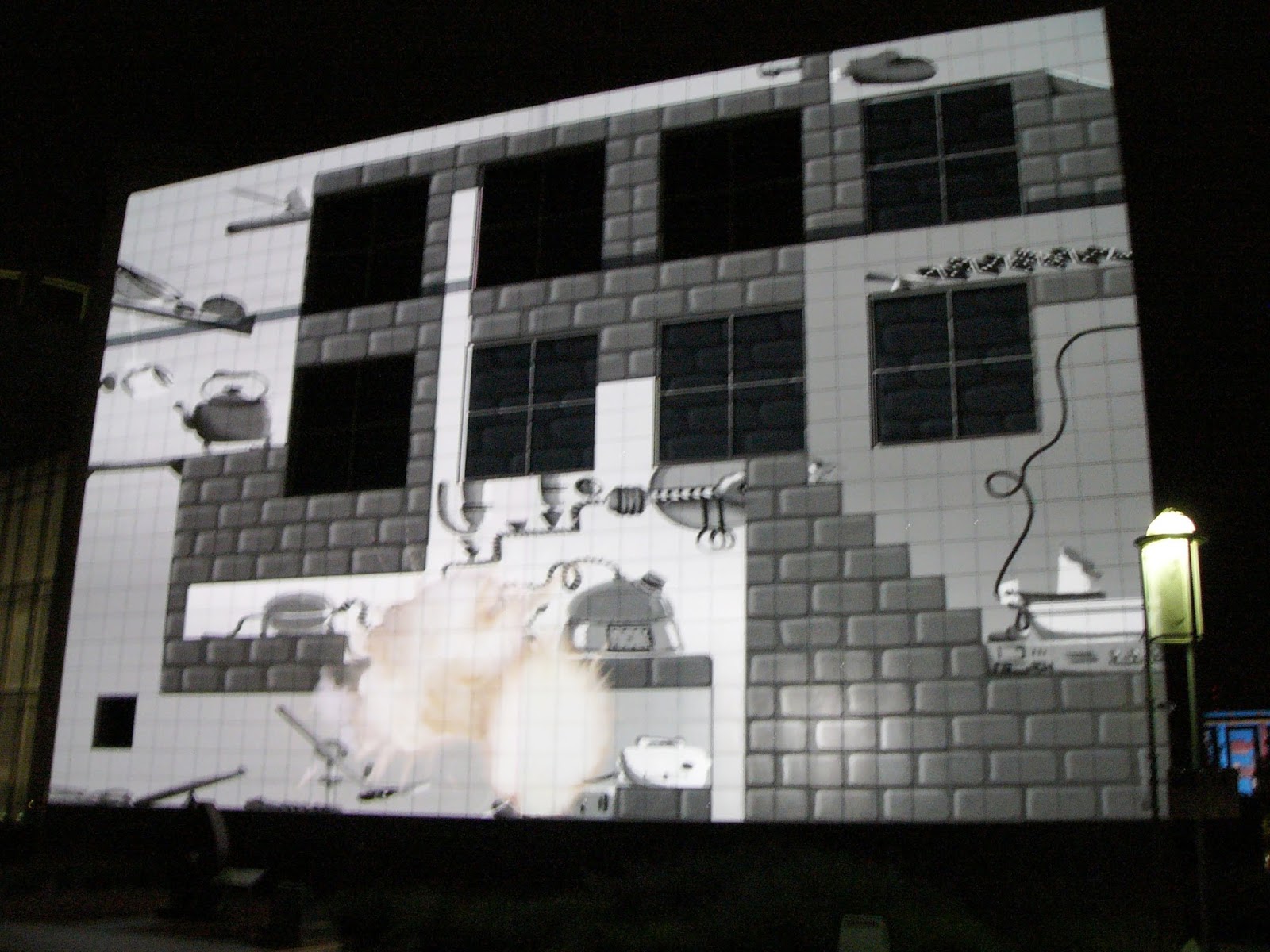 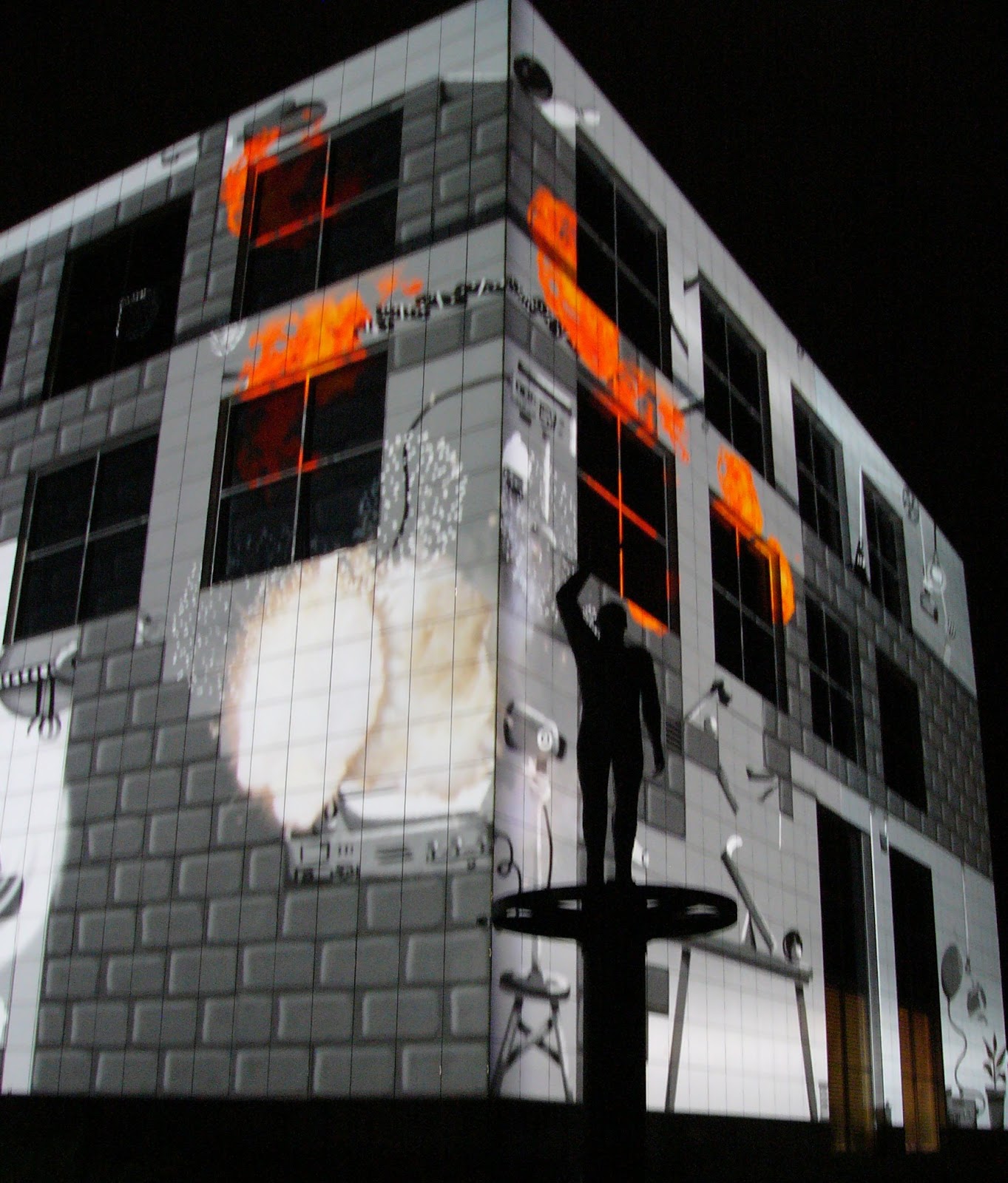 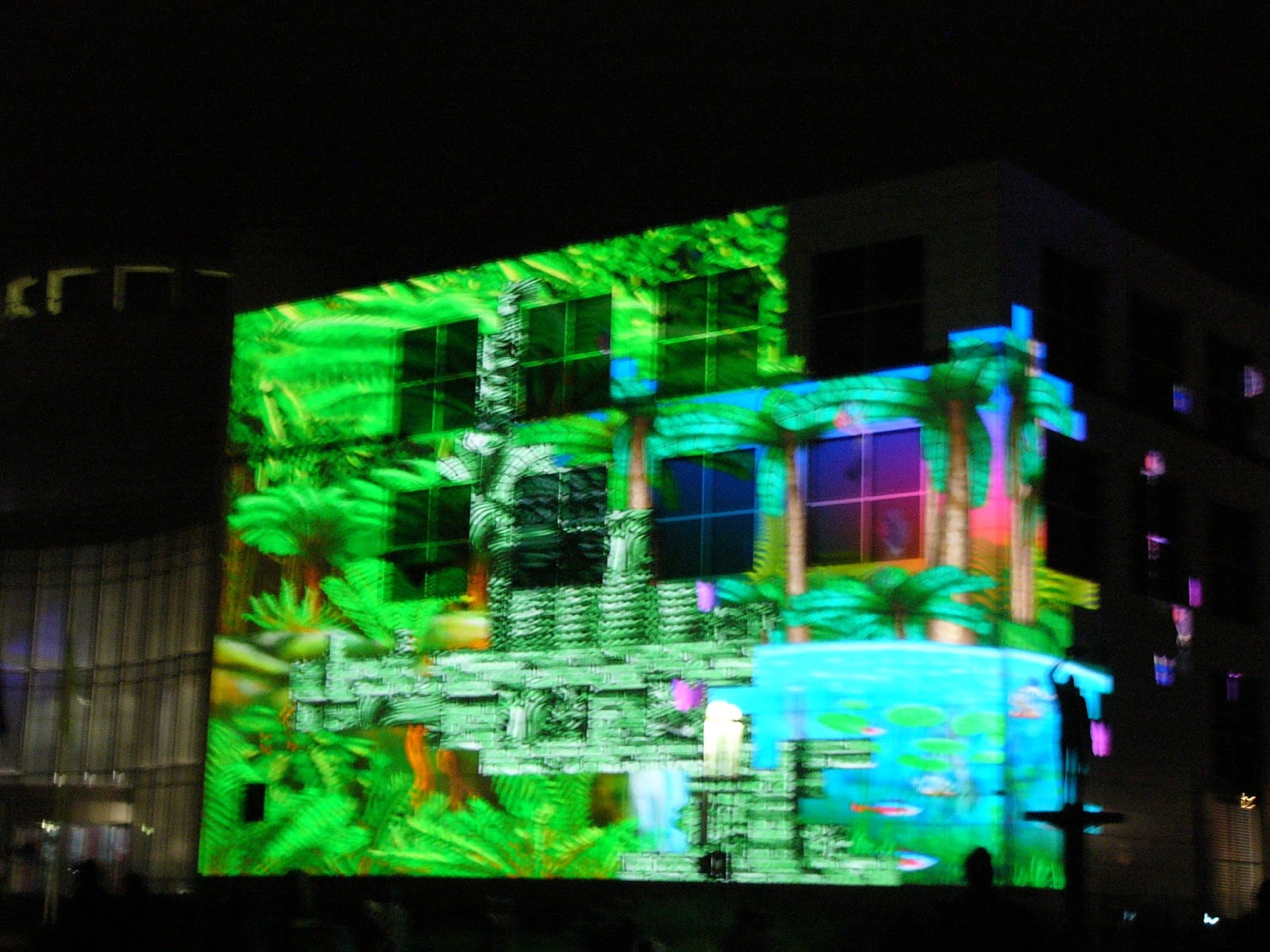 The National Portrait Gallery was our next stop. 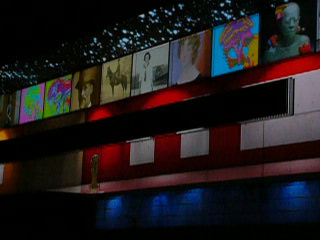 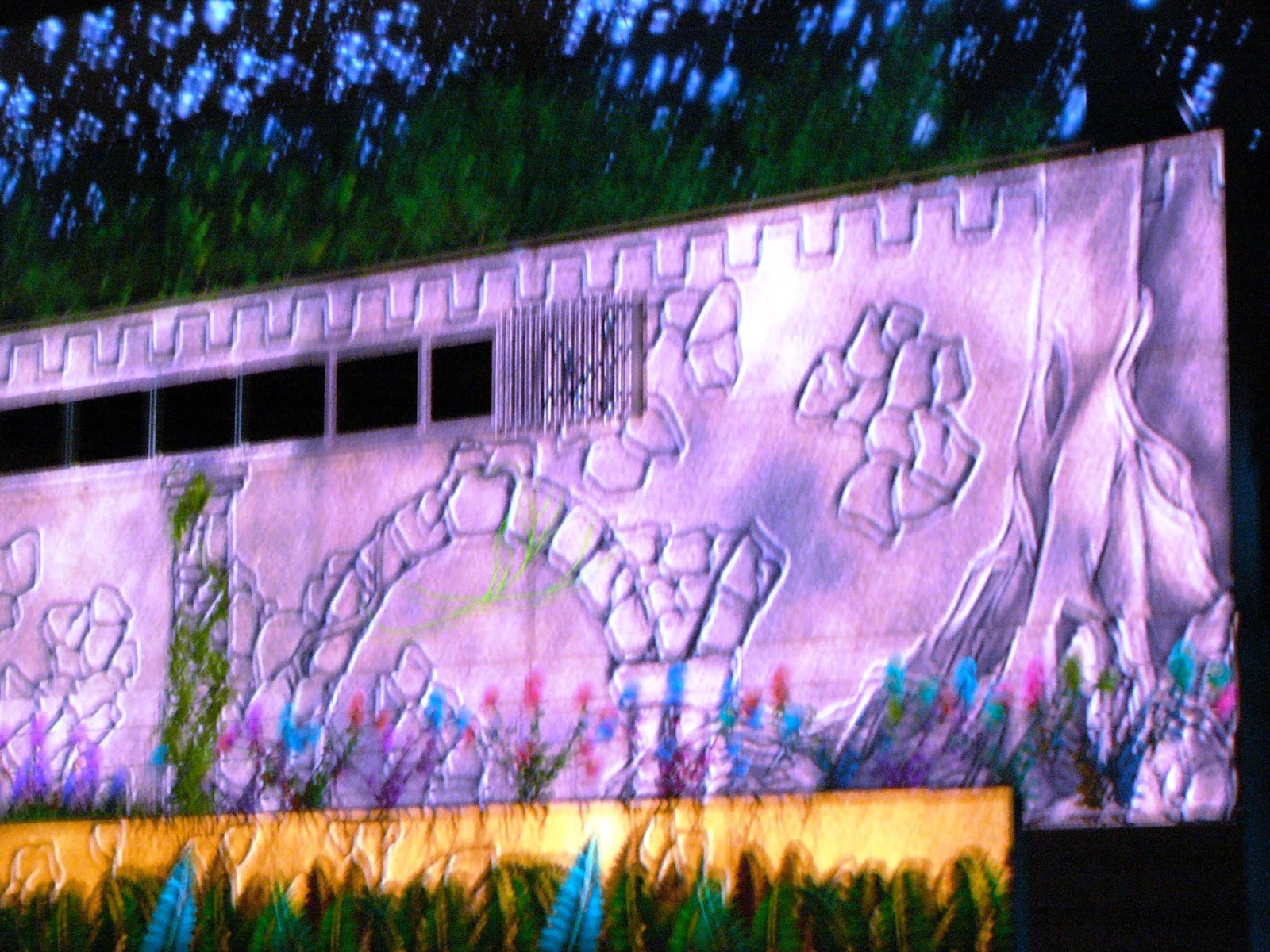 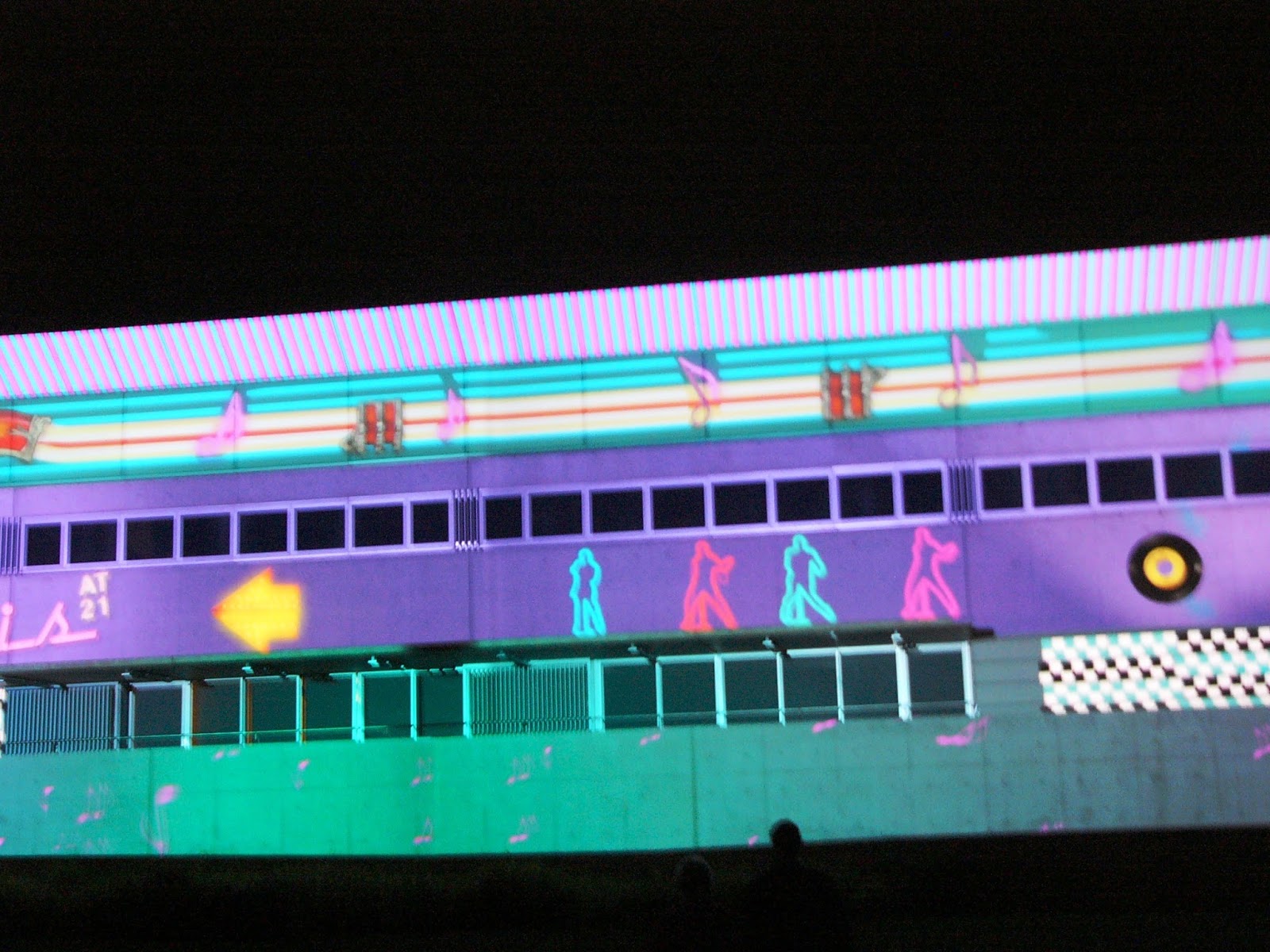 And here is a snippet from one of their animated sequences.


From the Portrait Gallery we moved to the High Court - and its fire garden.  They apparently featured fire to remind us that it can be beautiful and fun.  Given the destruction that fires have caused my city and my country it was a timely nudge. 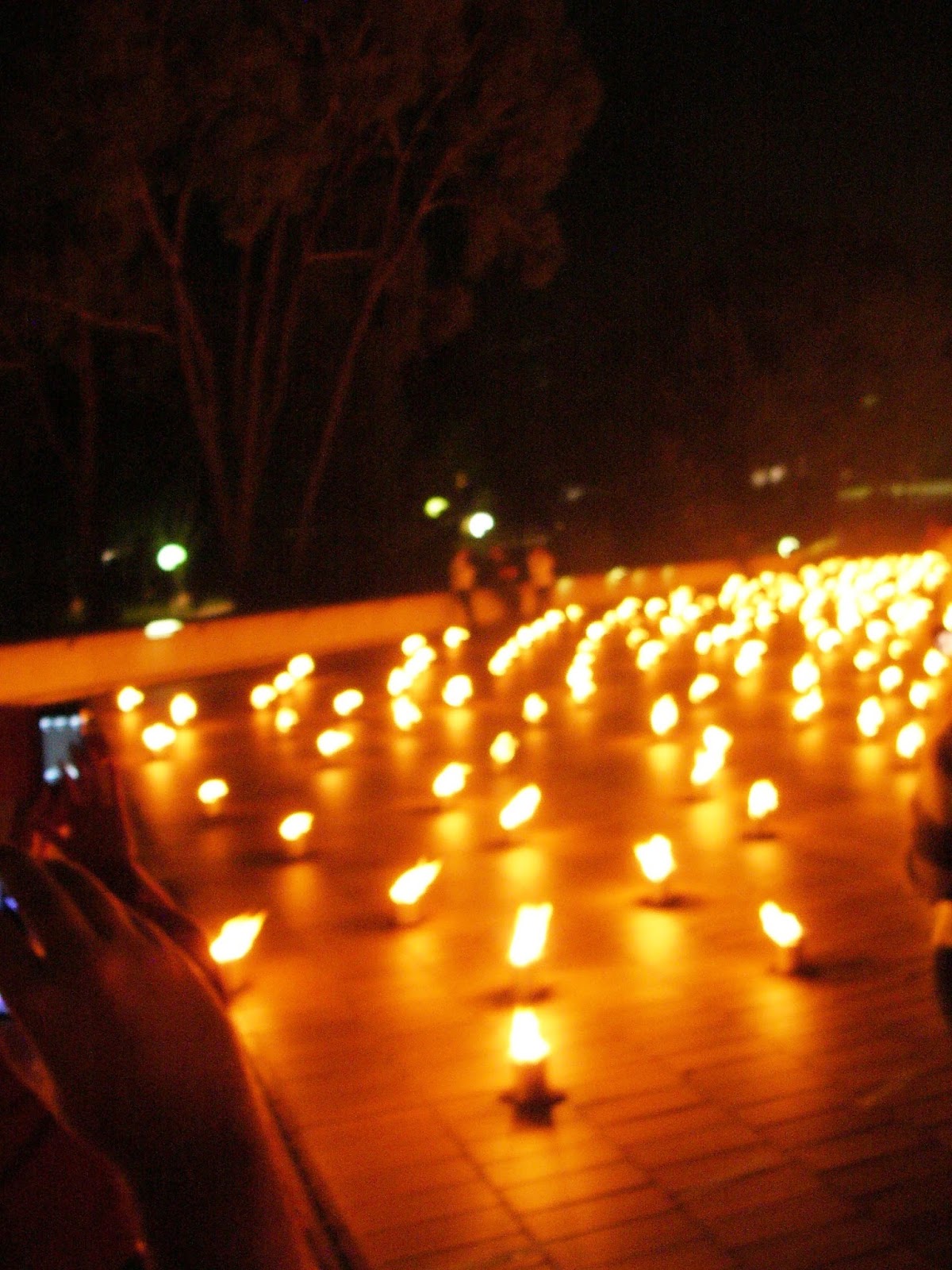 Firstly, the National Gallery, where some of you will remember the Gold and the Incas exhibition is currently showing. 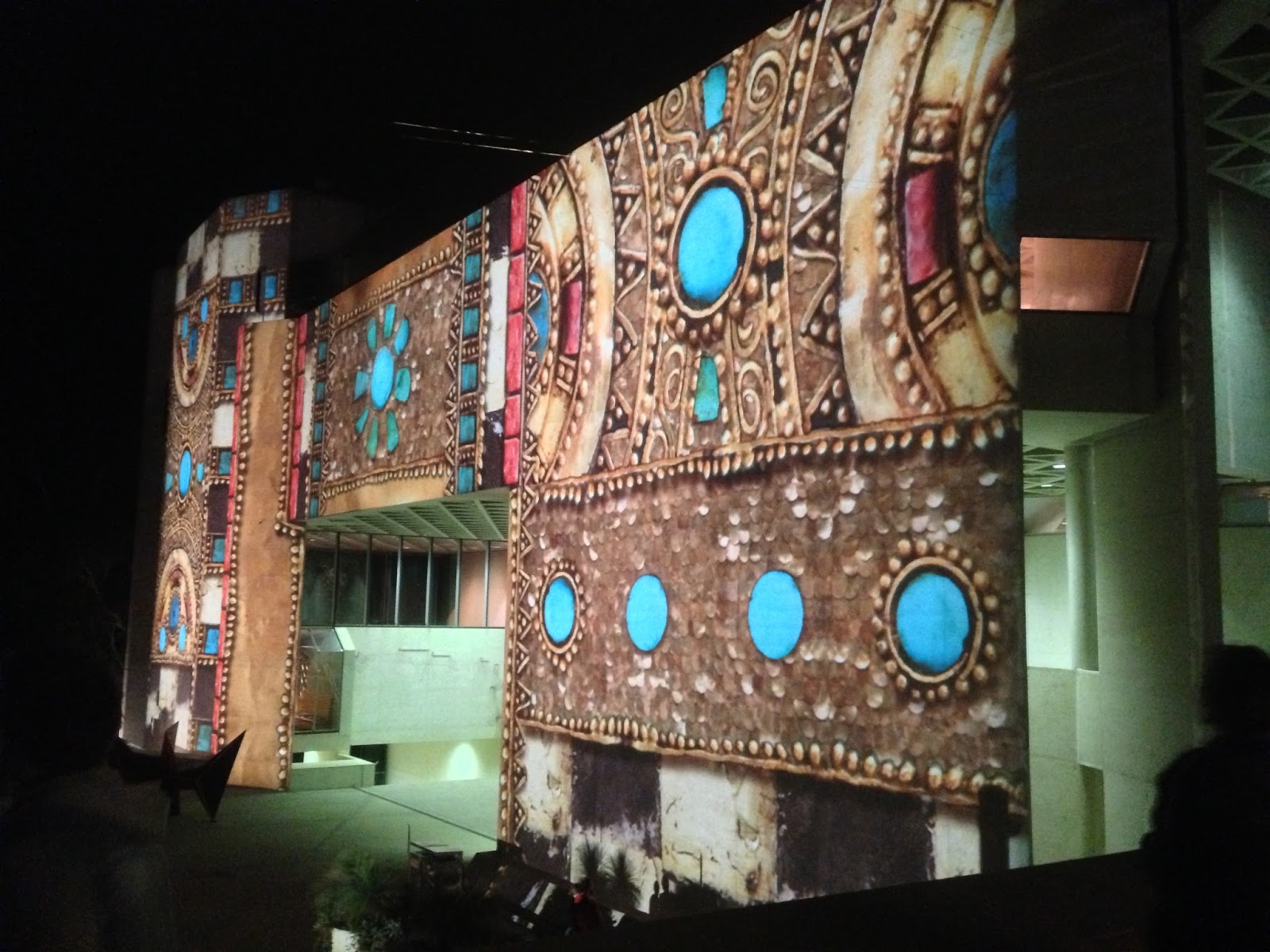 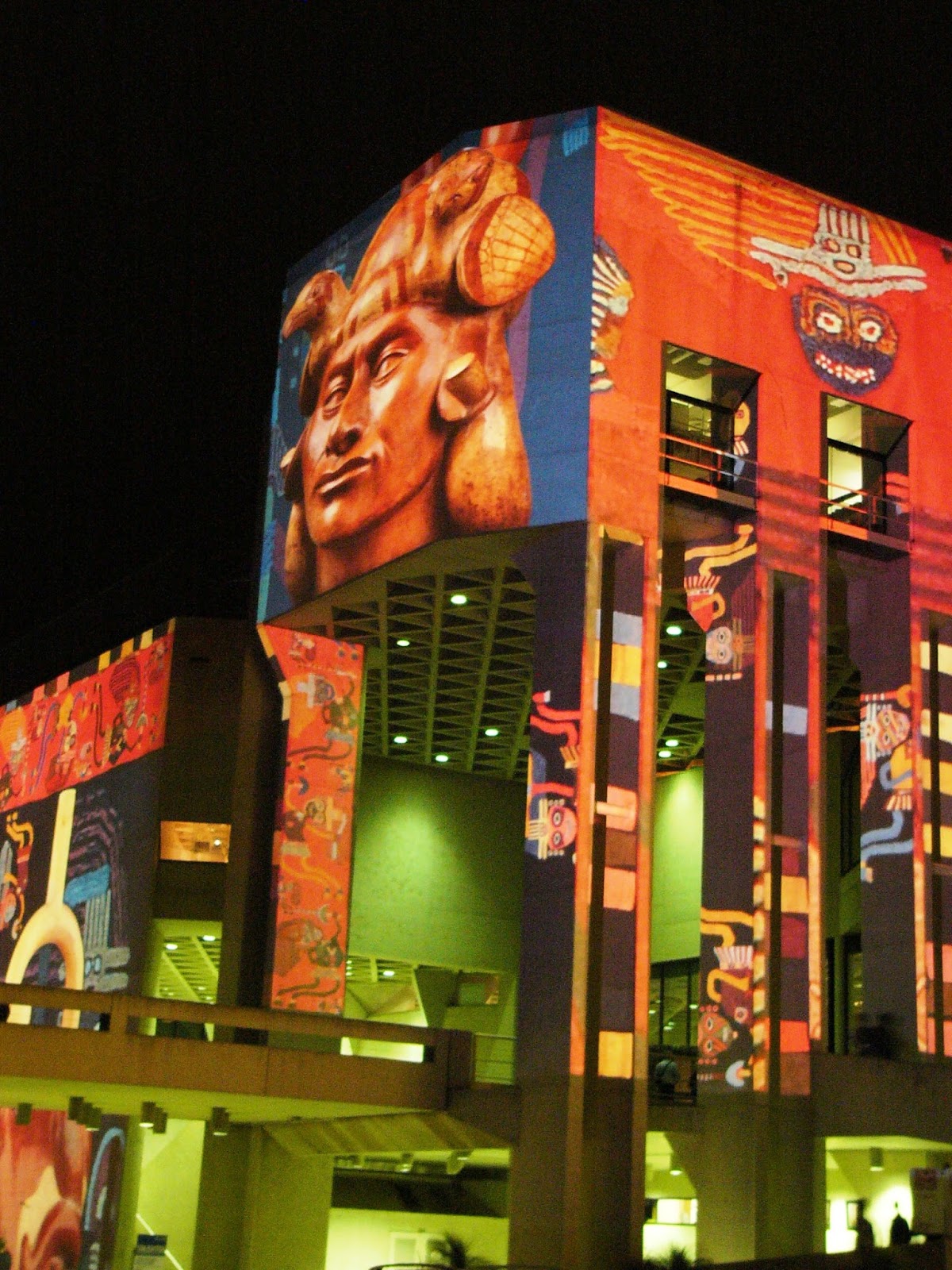 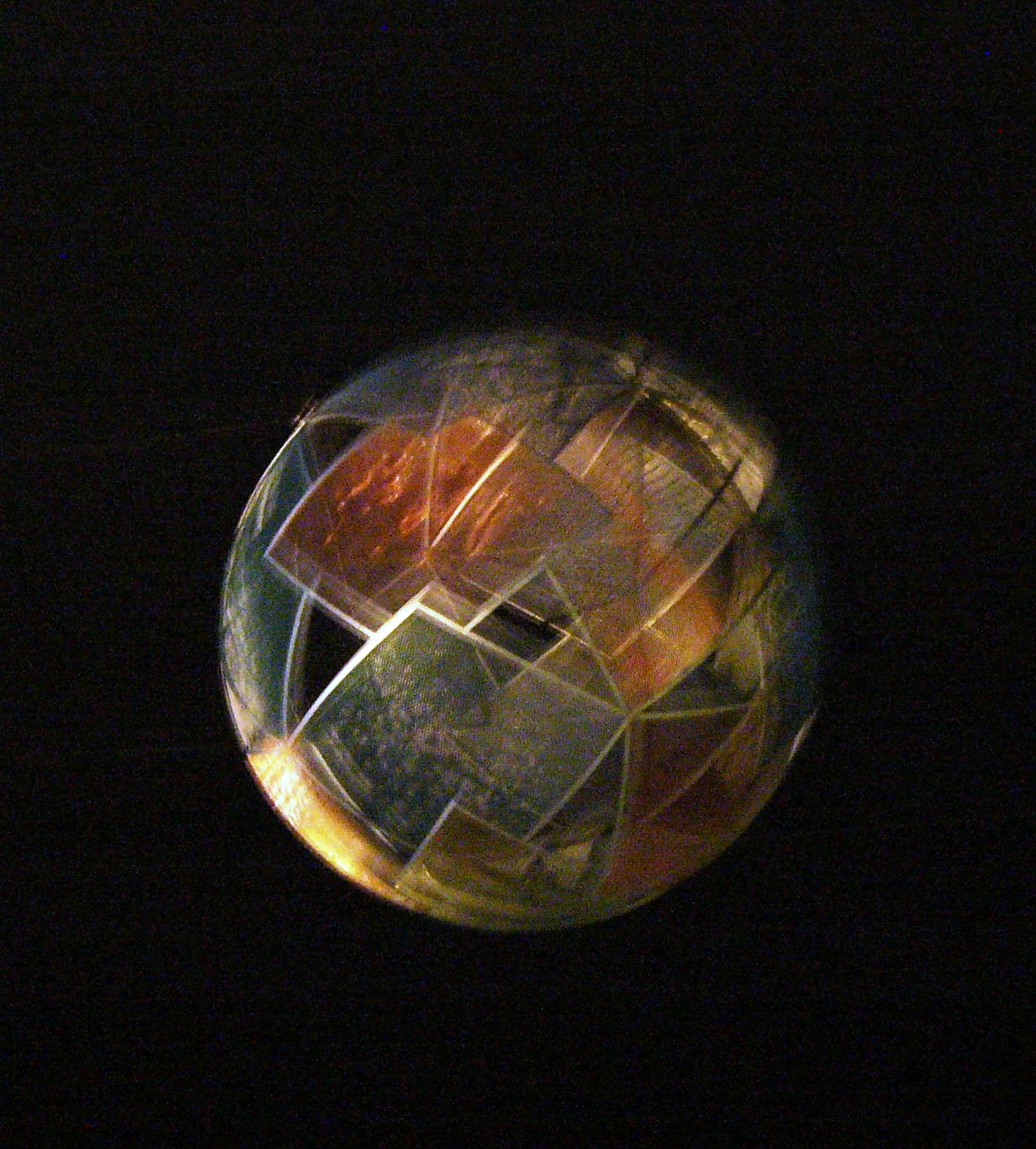 The hanging ball isn't part of the Enlighten program, it is a permanent fixture but I love it.  It hangs over the road outside the entrance to the gallery and is a replacement for one I also loved which was smashed in a storm a few years ago. 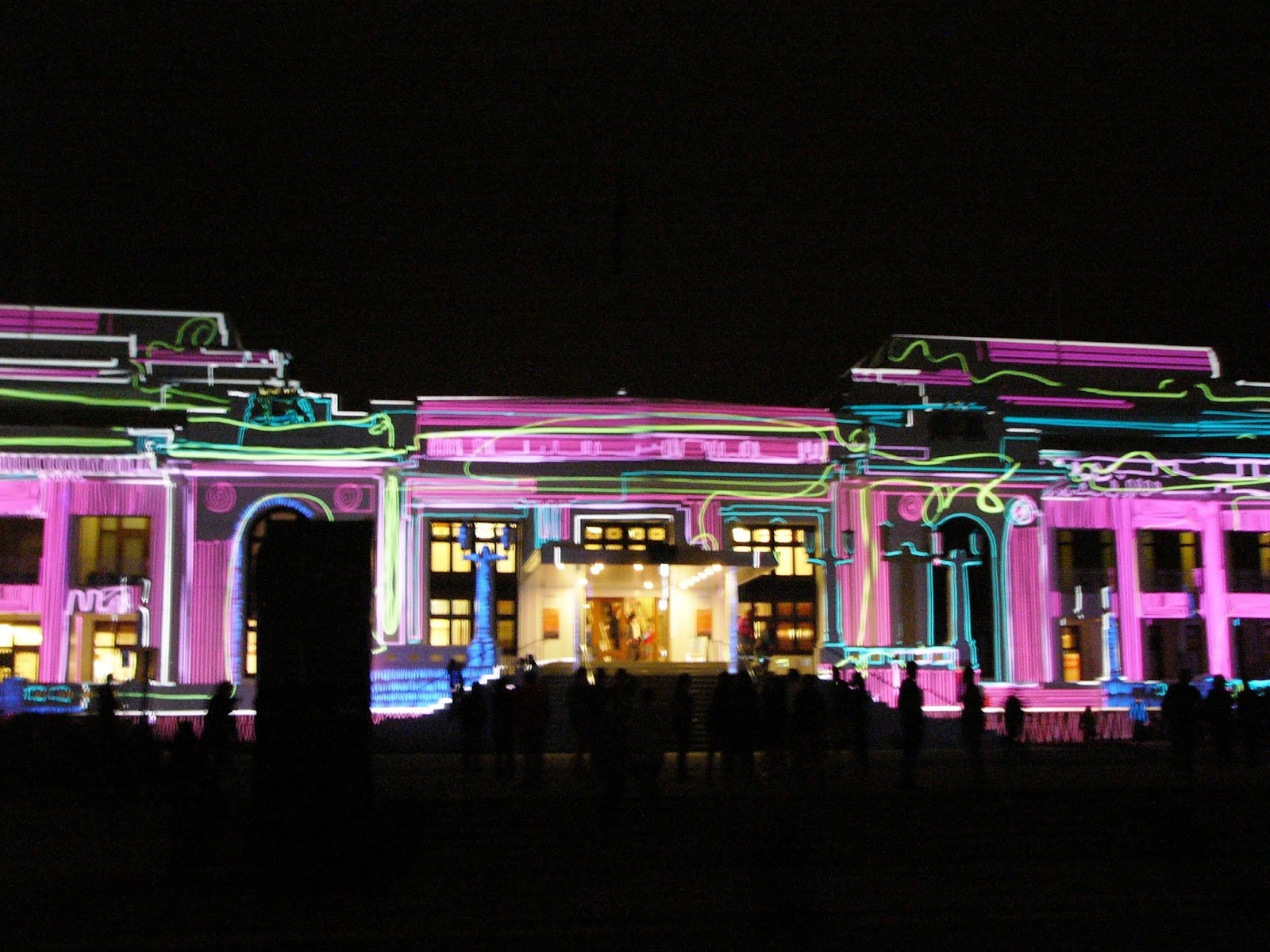 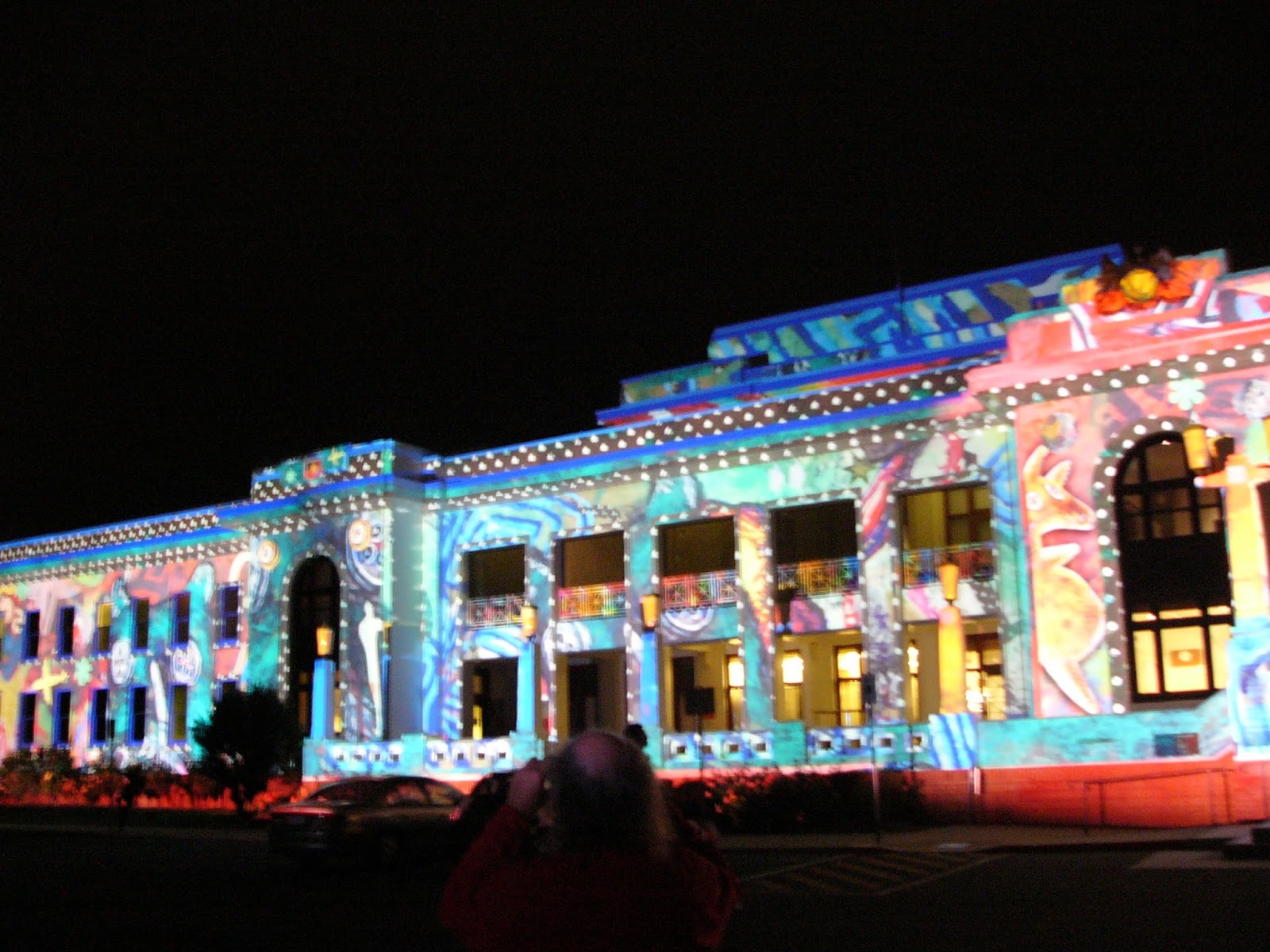 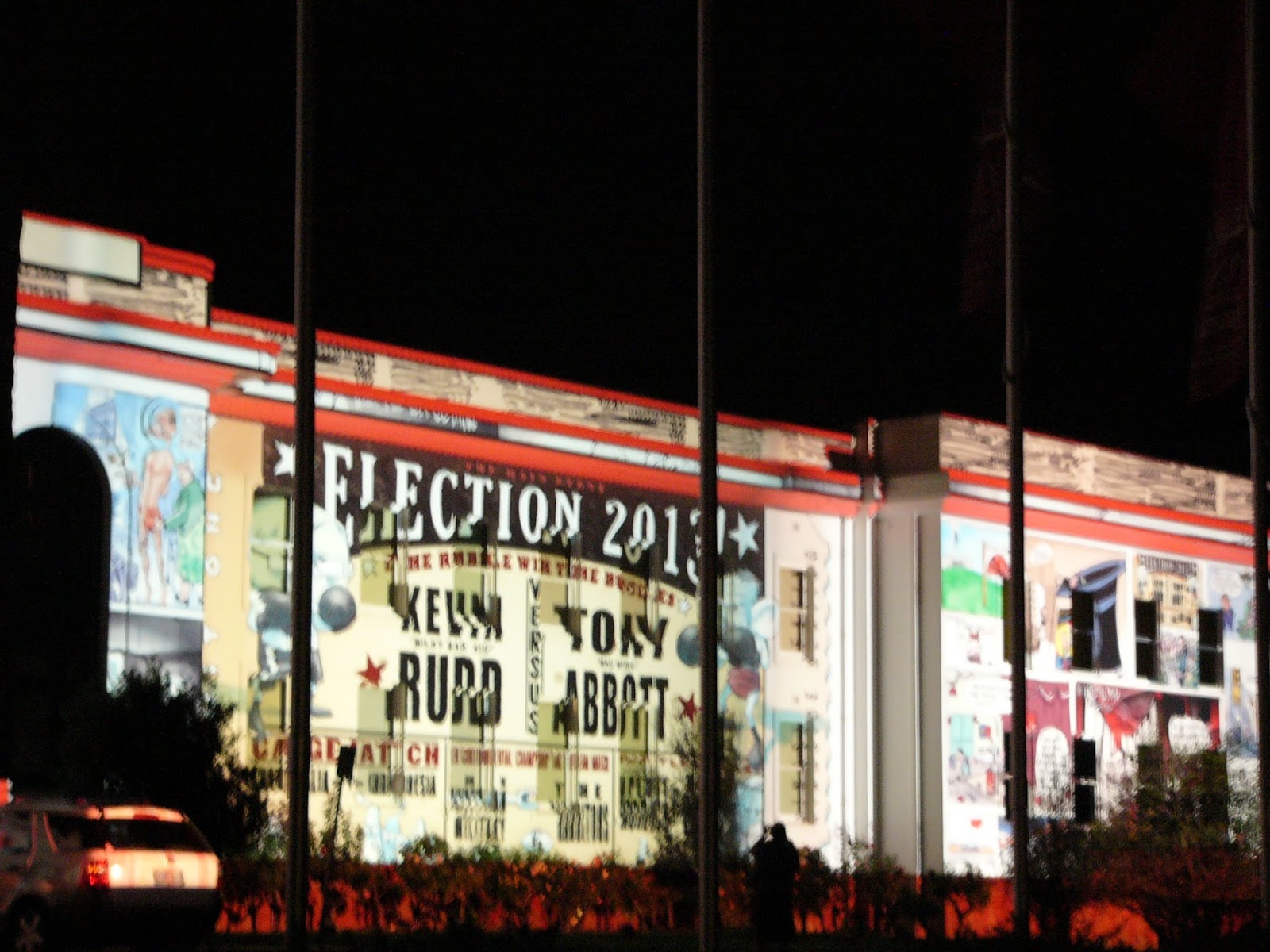 If you have had the stamina to get this far you will have seen an explosion of light and colour.  Enlighten - and Enliven.

We loved it - and will be heading back this coming Friday when there are a couple of new installations being added.

Email ThisBlogThis!Share to TwitterShare to FacebookShare to Pinterest
Labels: another outing, EnlightenCanberra, illuminations