Like River I usually run with a theme.  This week my theme is greed.

Each day at least five or six bird species visit us, and many of them eat from our feeders.  The pigeons are particularly insistent about their need for sustenance - and cram a quite astonishing number onto the feed trays. 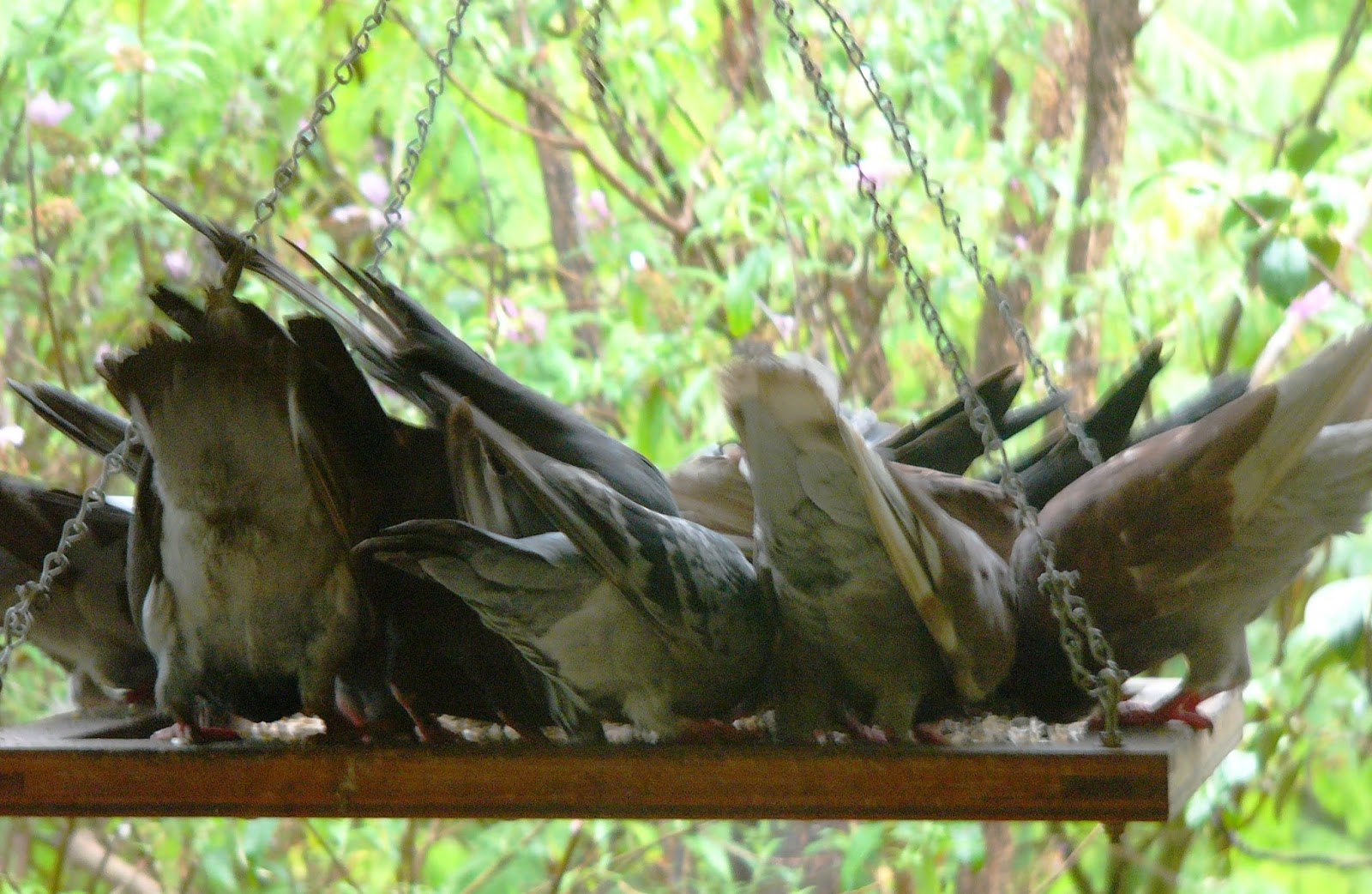 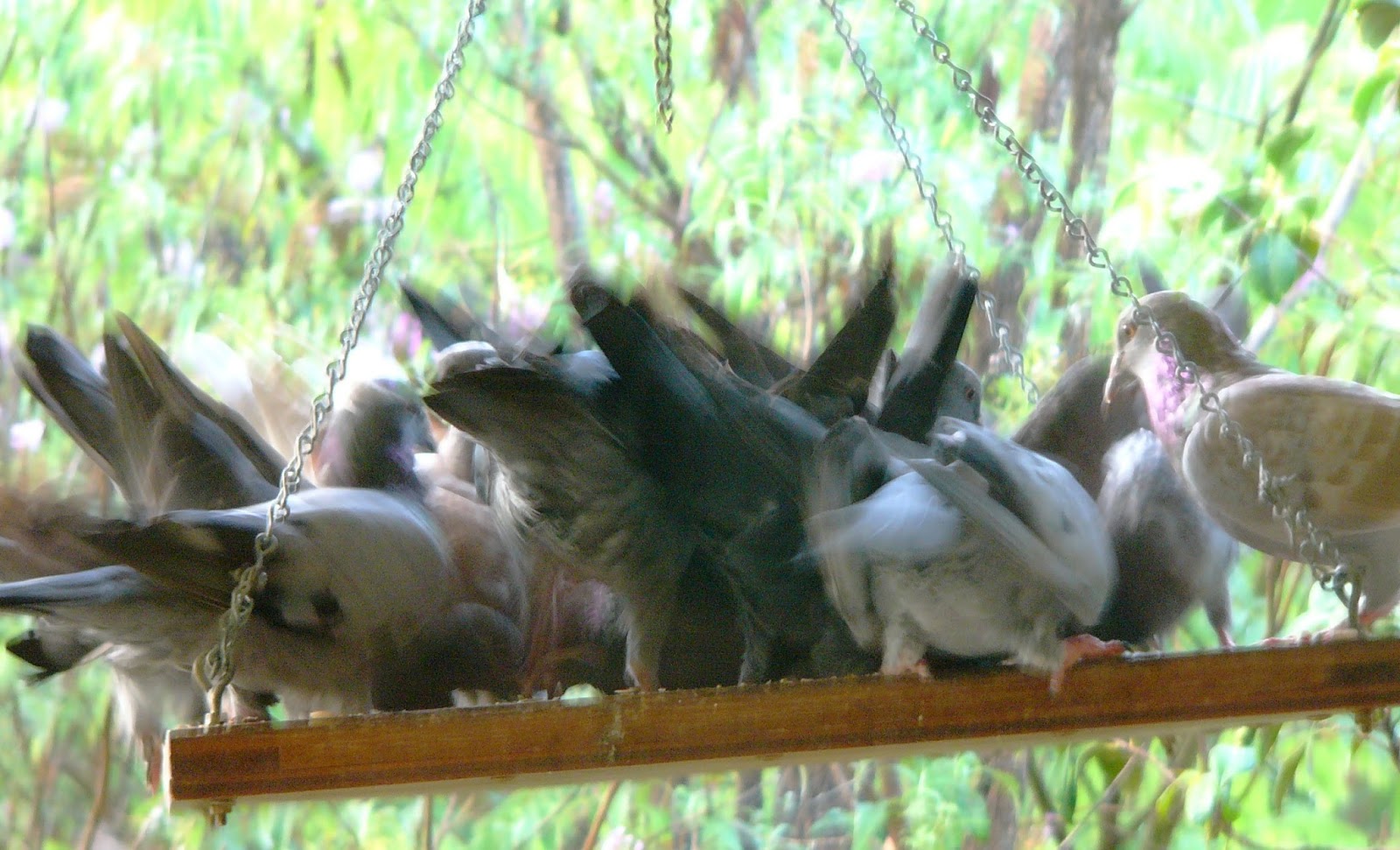 The corellas, who are also greedy but not nearly so numerous are unimpressed.  They watch for a while... 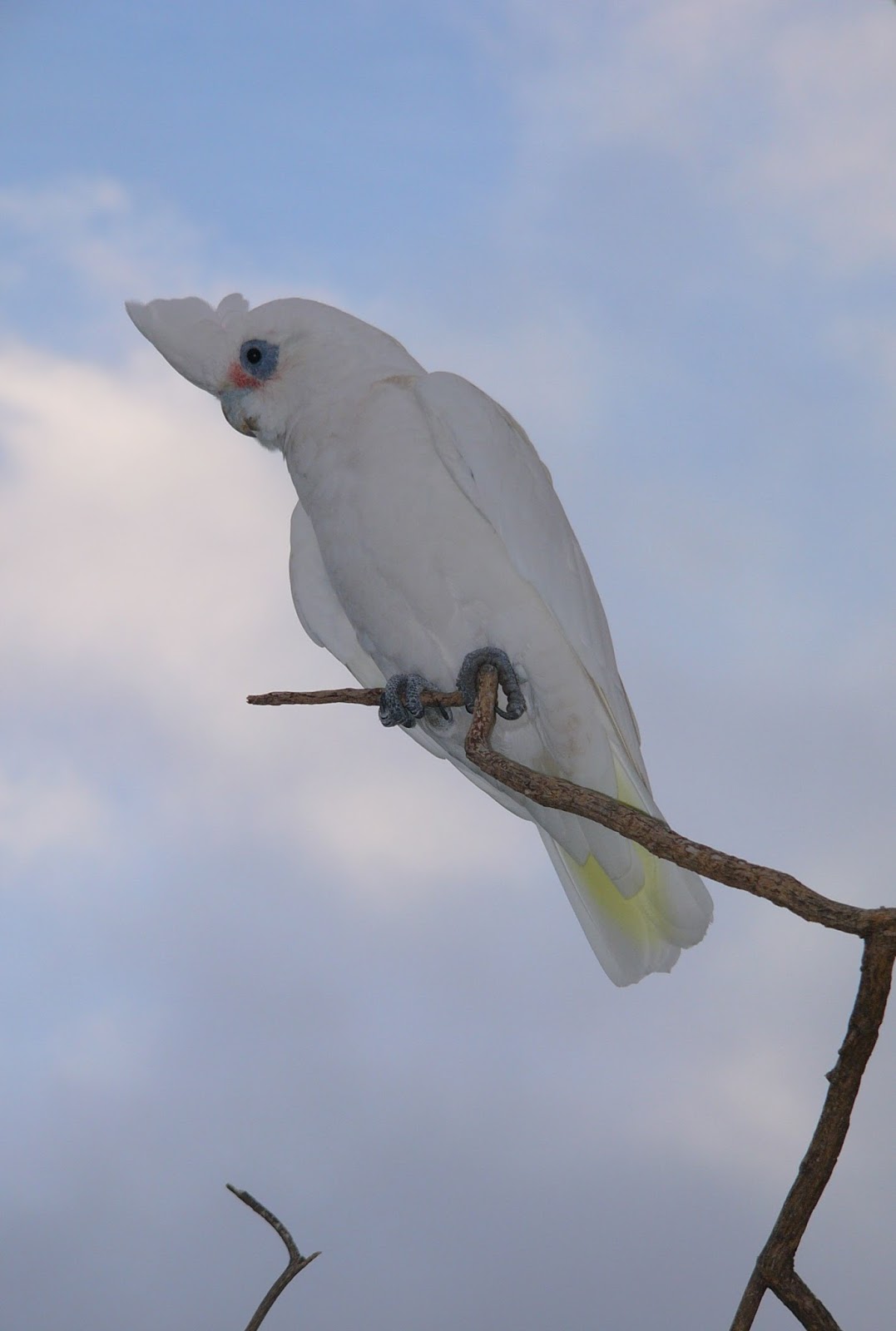 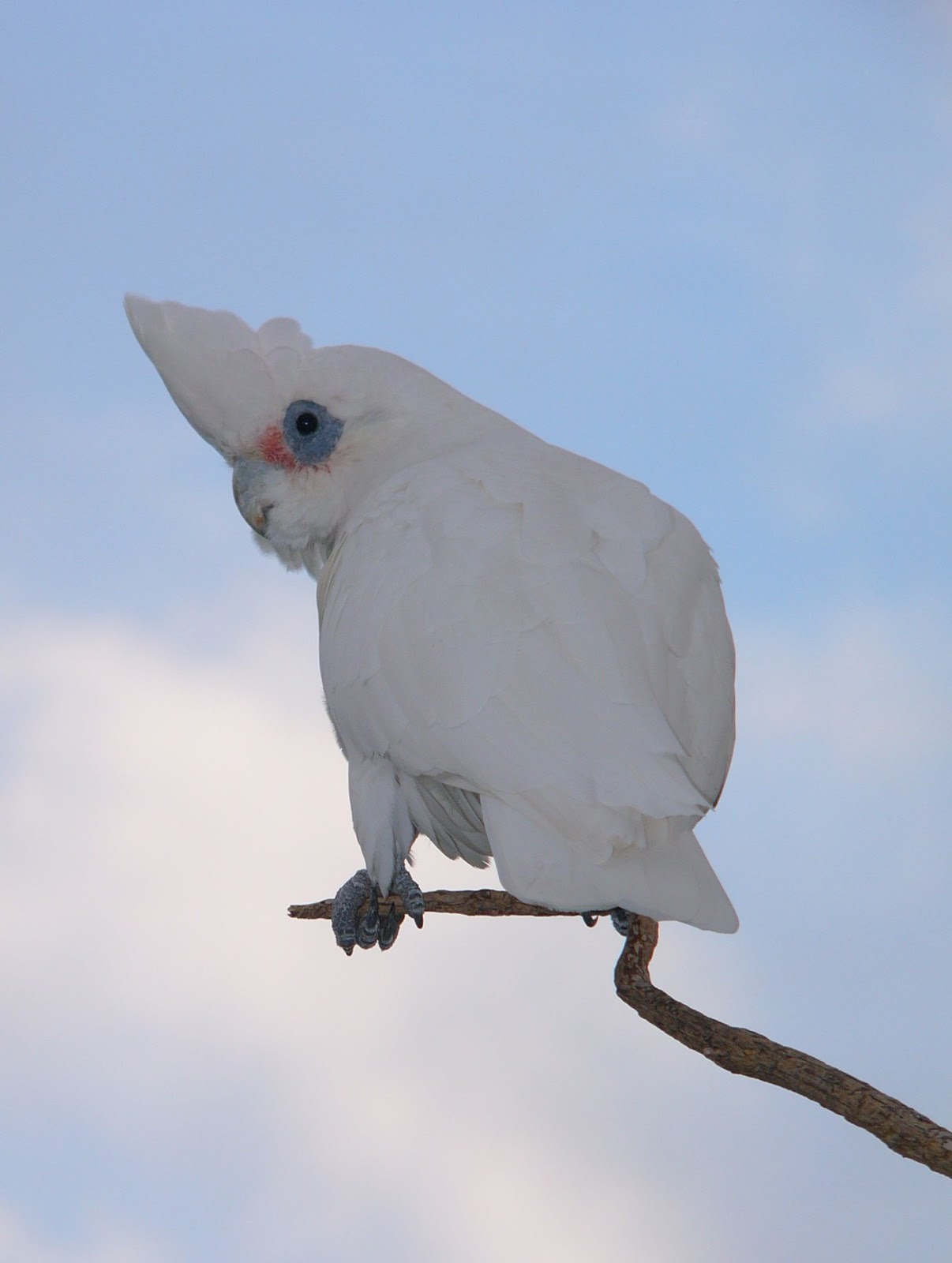 and then take quite exceptional measures to get all the food to themselves.  They squeeze onto whichever of the feeders they can - and then throw the pigeons off.  Violently.  Dragging them  by the tail feathers and dropping them over the side is not uncommon.  And any pigeon who has the audacity to turn round and challenge the corellas is soundly rapped.  When I can watch without laughing, I will take a video of the scene.

The other greed I am featuring this week is mine.  Two sorts.

When the plumbers destroyed two garden beds and after some plant death in our long hot summer I felt justified in ordering a few spring bulbs.  As did my smaller portion. 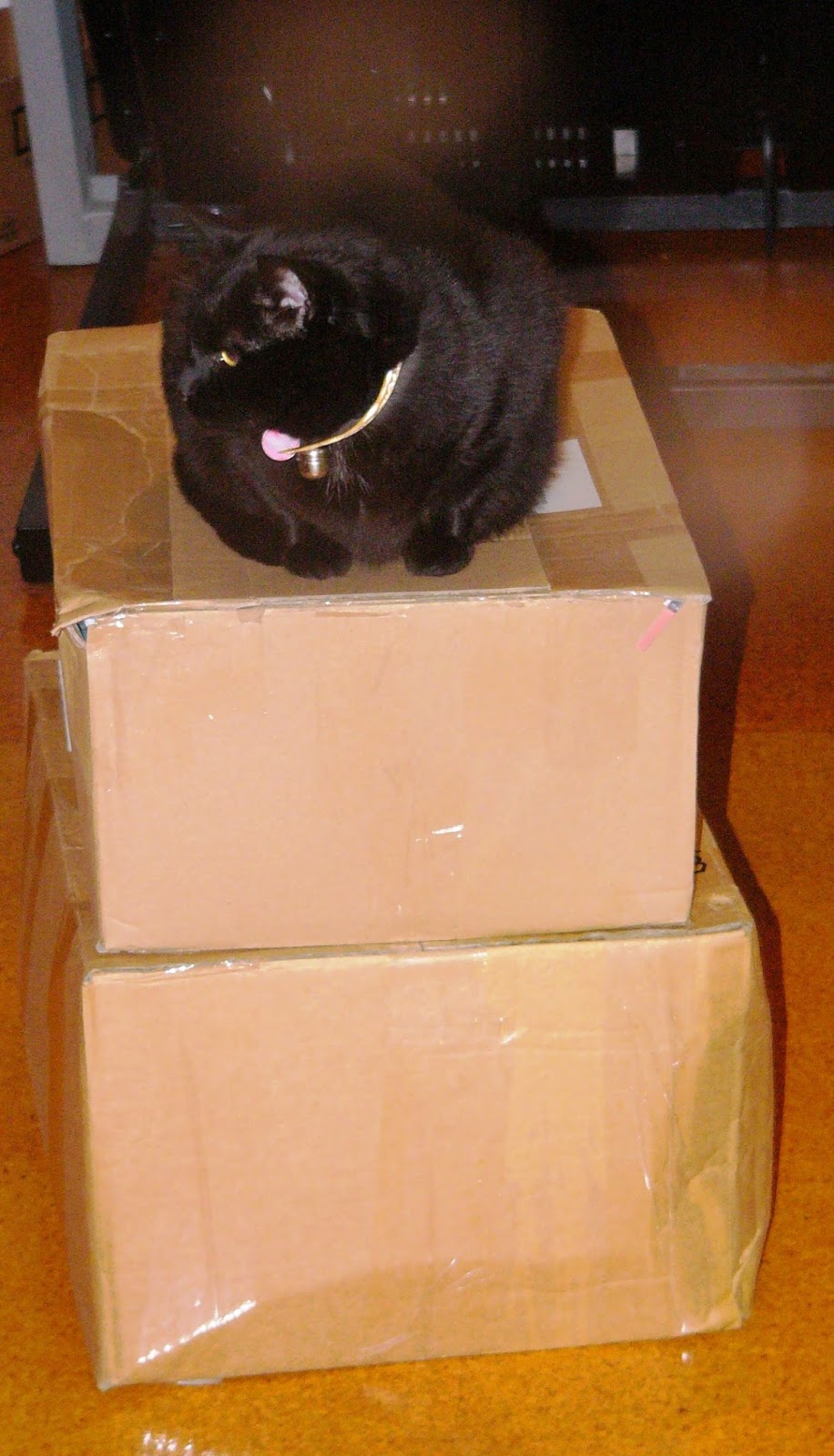 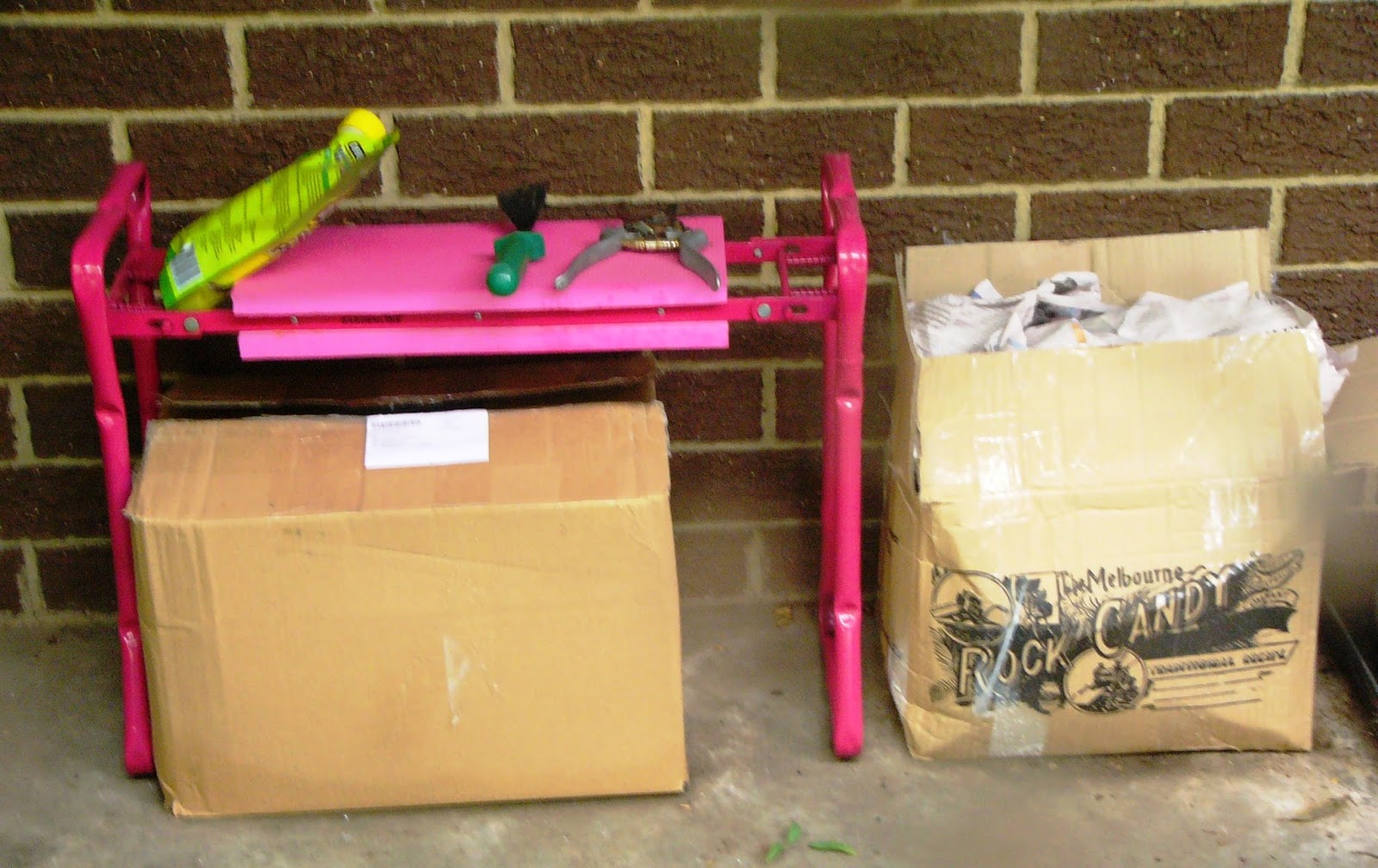 And now we have four boxes of Spring bulbs to squeeze into the ground.  I am not going to admit just how many - but three figures is insufficient.  Oops.  Much weeding is underway.  Much work is required.  And, come spring when the blood, sweat and tears are a dim memory I will rejoice.

Yesterday afternoon, after I had weeded the back garden into a semblance of submission, the skinny one planted 50 liliums (twice flowering Matisse lilies and twice flowering Oriental liliums) since they were already shooting when they arrived.  The rest of the lilies will be squeezed somewhere into the front gardens.

Some of you will remember I did a book cull recently.  The Lifeline book fair took place this weekend.  I wasn't going (really I wasn't).  Then my youngest brother rang and asked me to do a favour for him and pick up a dictionary when I went to the book fair.  So I went.  And picked up his dictionary.  And one or six other books too.  Oops again. 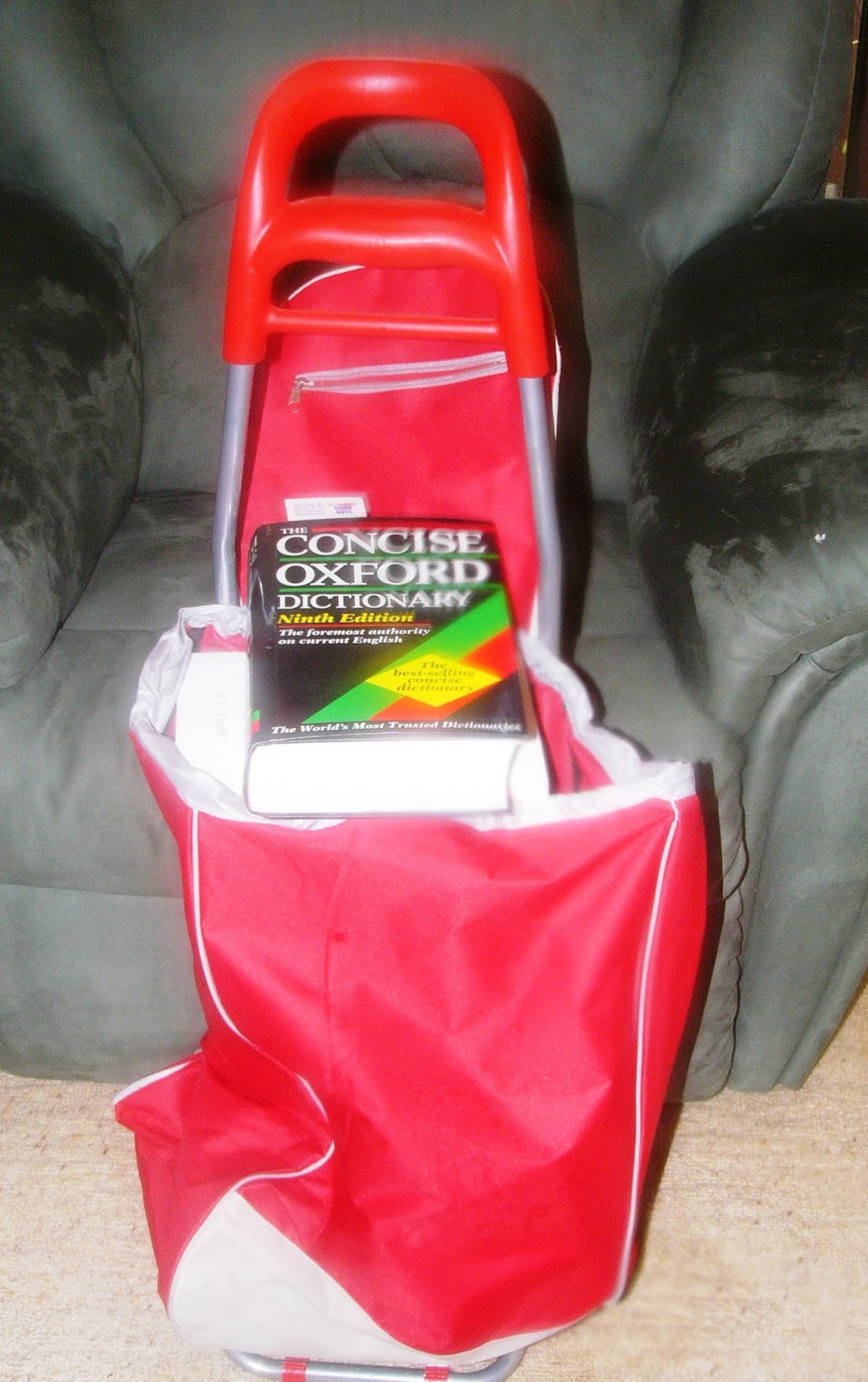 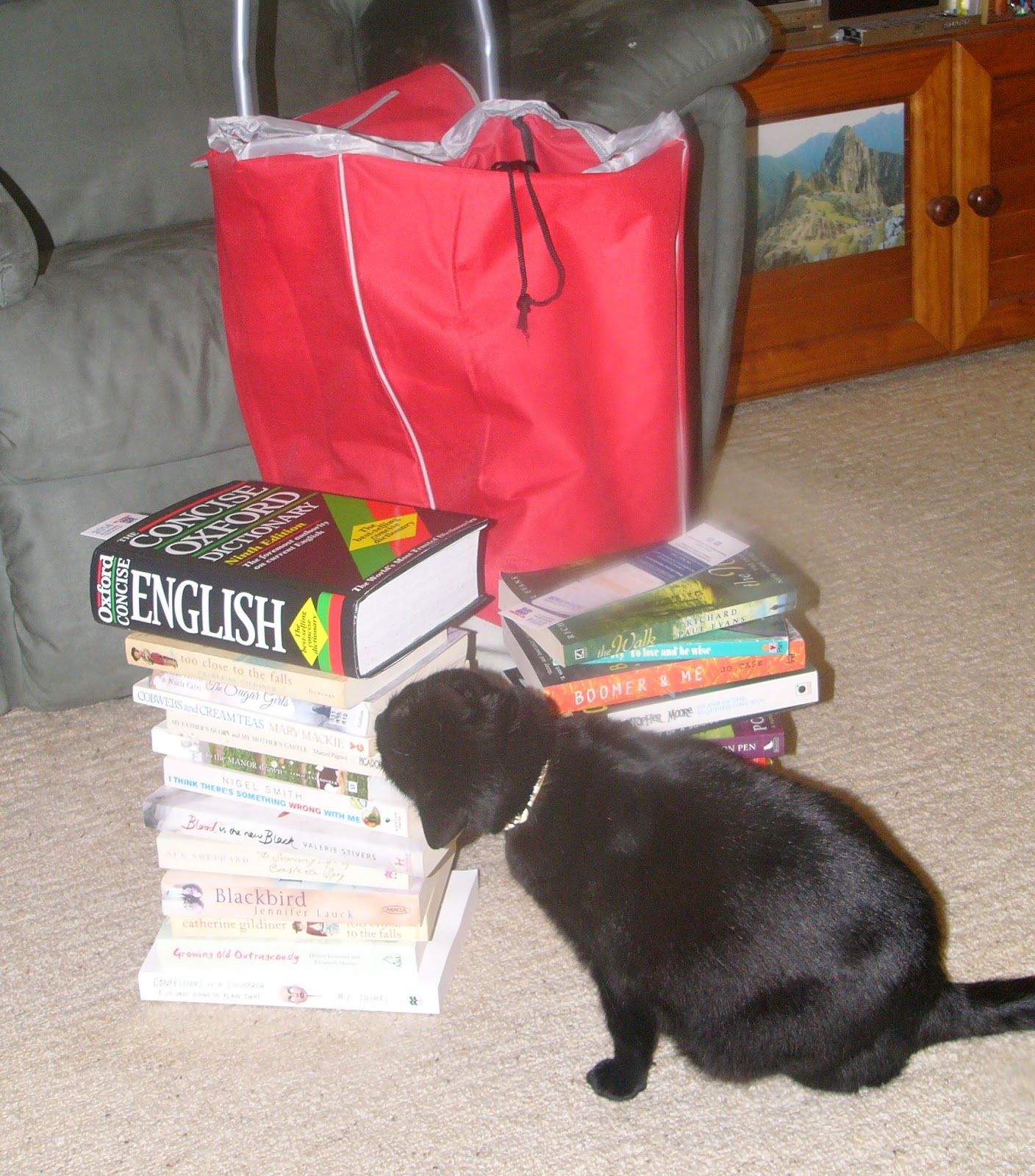