Like River I usually run with a theme.  This week I am going back to Enlighten.  We loved it, and there were some additional features added after the first week.  That said, it was MUCH more crowded when we went back, and I am grateful to have seen it in cooler, less crowded conditions first.

So what did we go back to see?  Fiers A Cheval - which was advertised as giant inflatable horse puppets, lit from within and set in motion by puppeteers.  Hailing from France, the horses were performing for the first time in Australia.  And I couldn't resist going.

I took many, many photos - most of could be charitably described as rubbish.  A selection of the better ones follows and will, naturally, embiggen if clicked on. 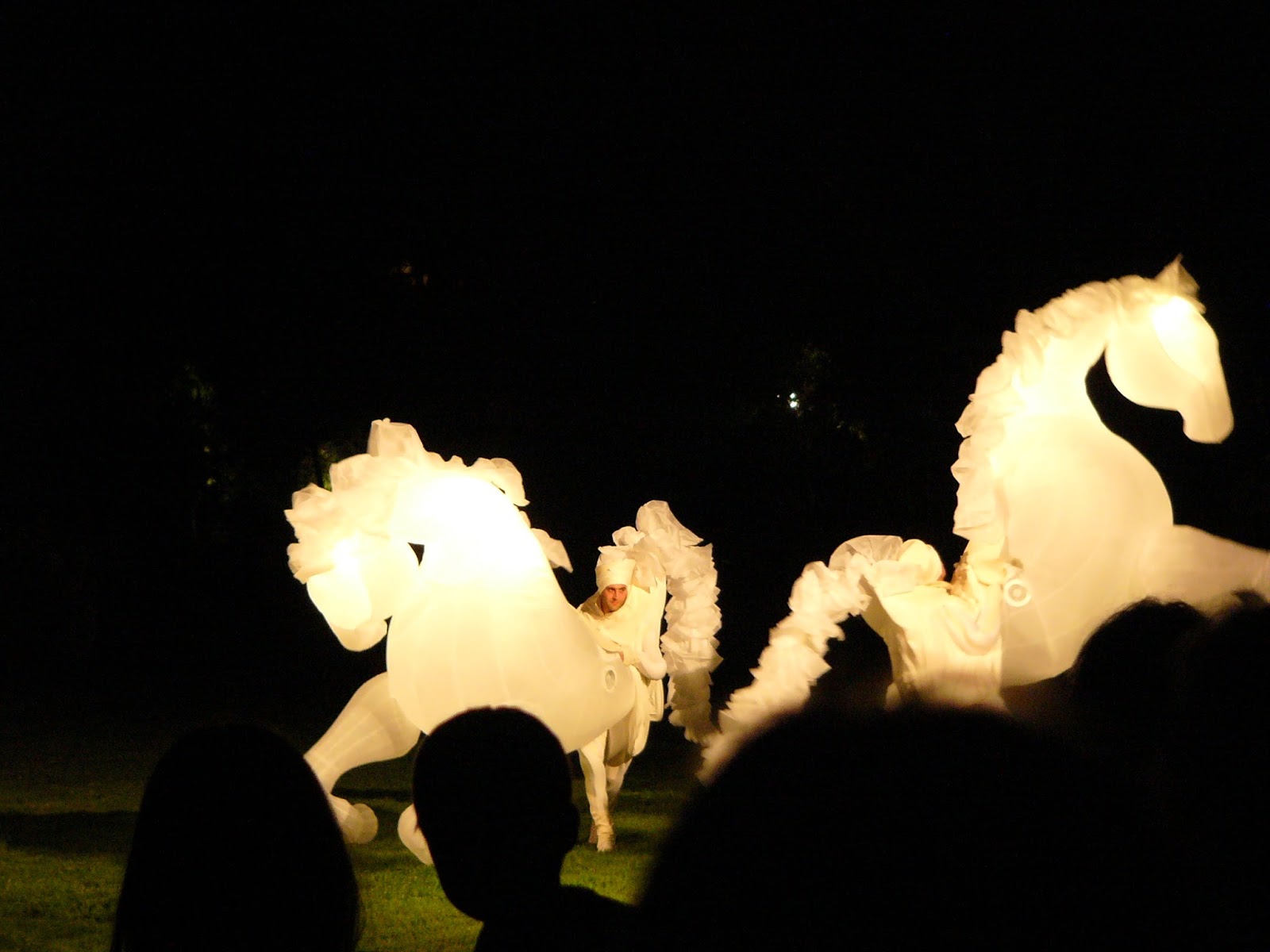 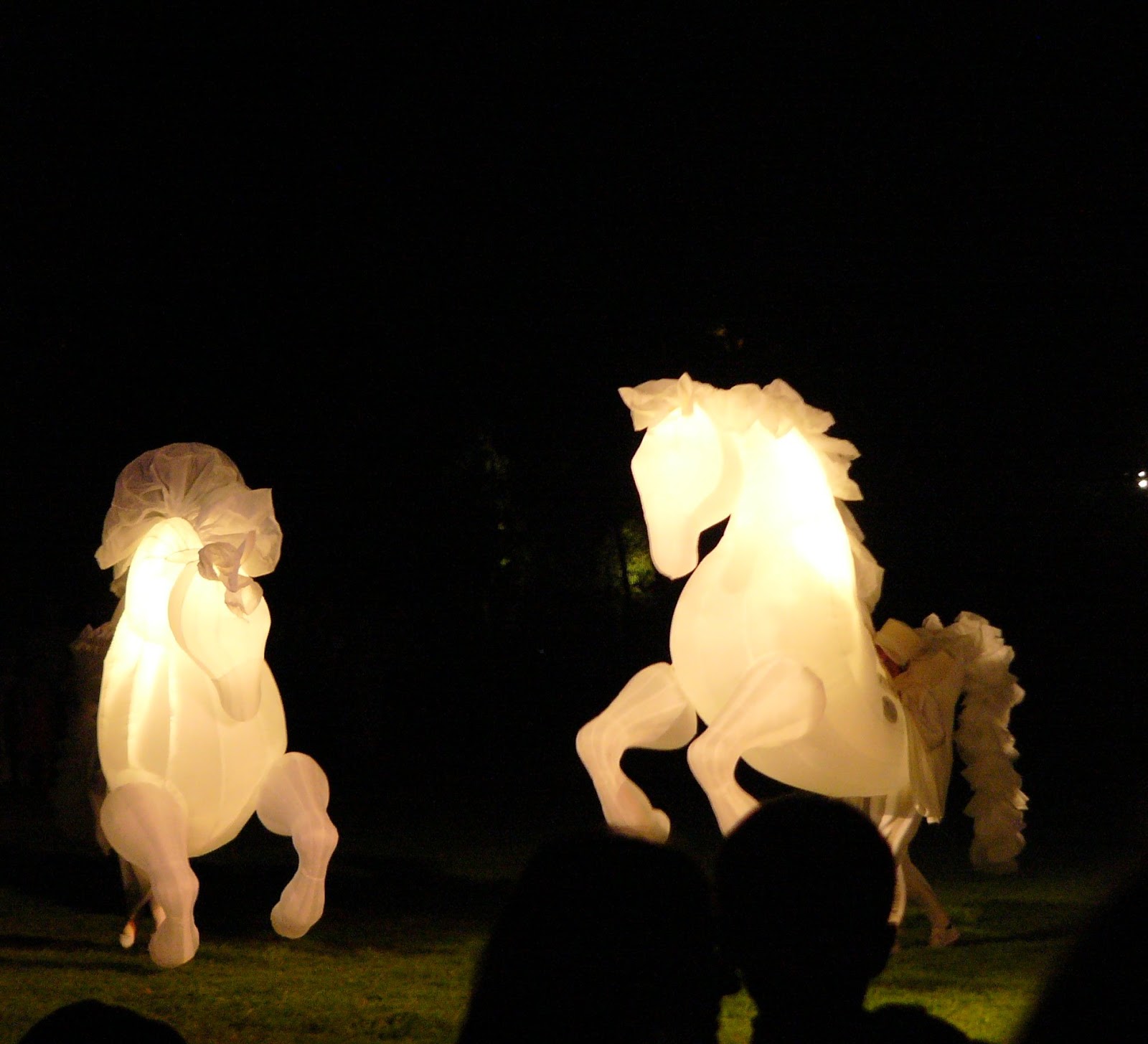 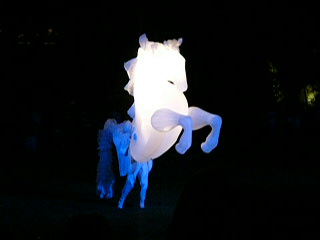 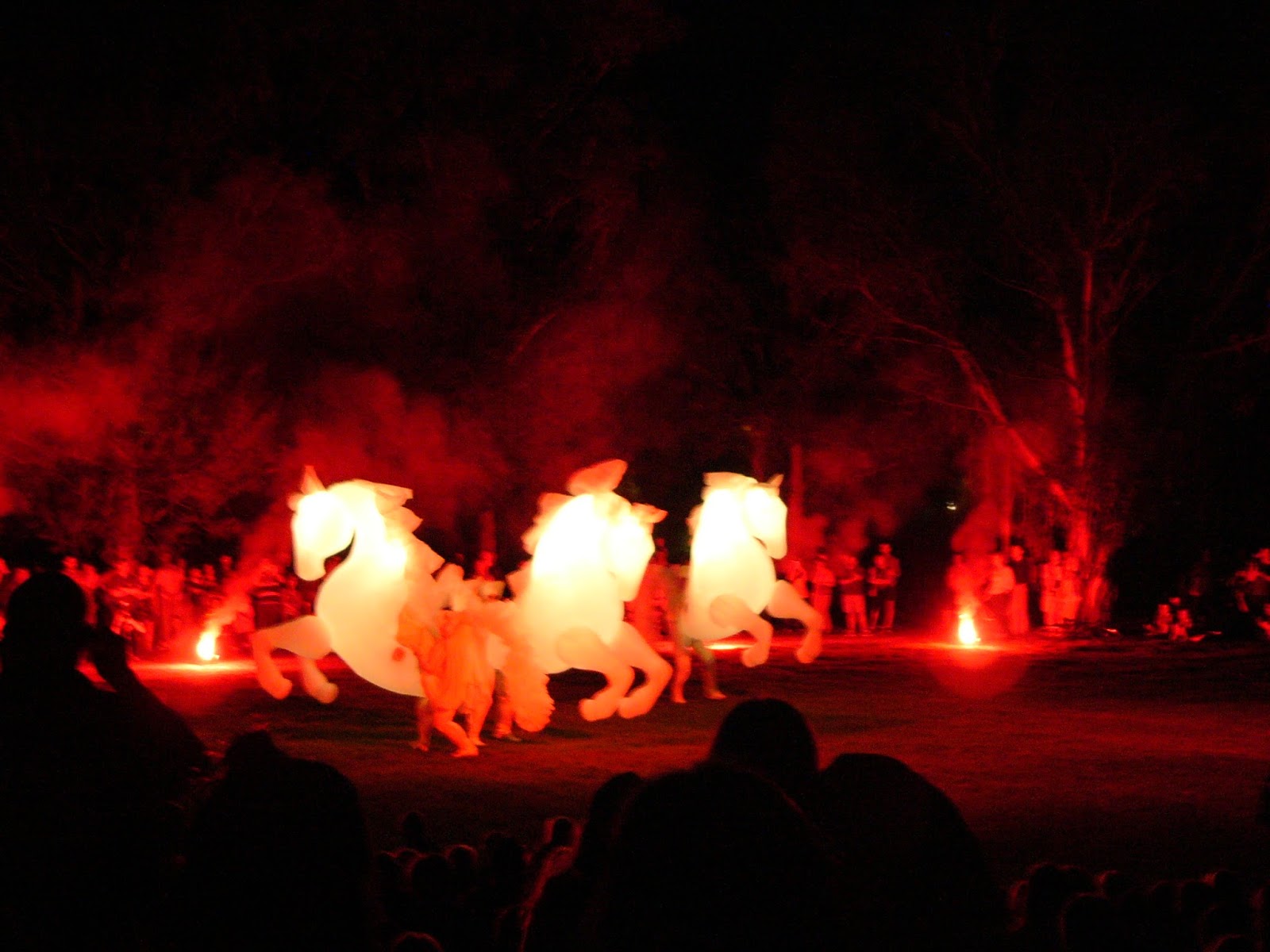 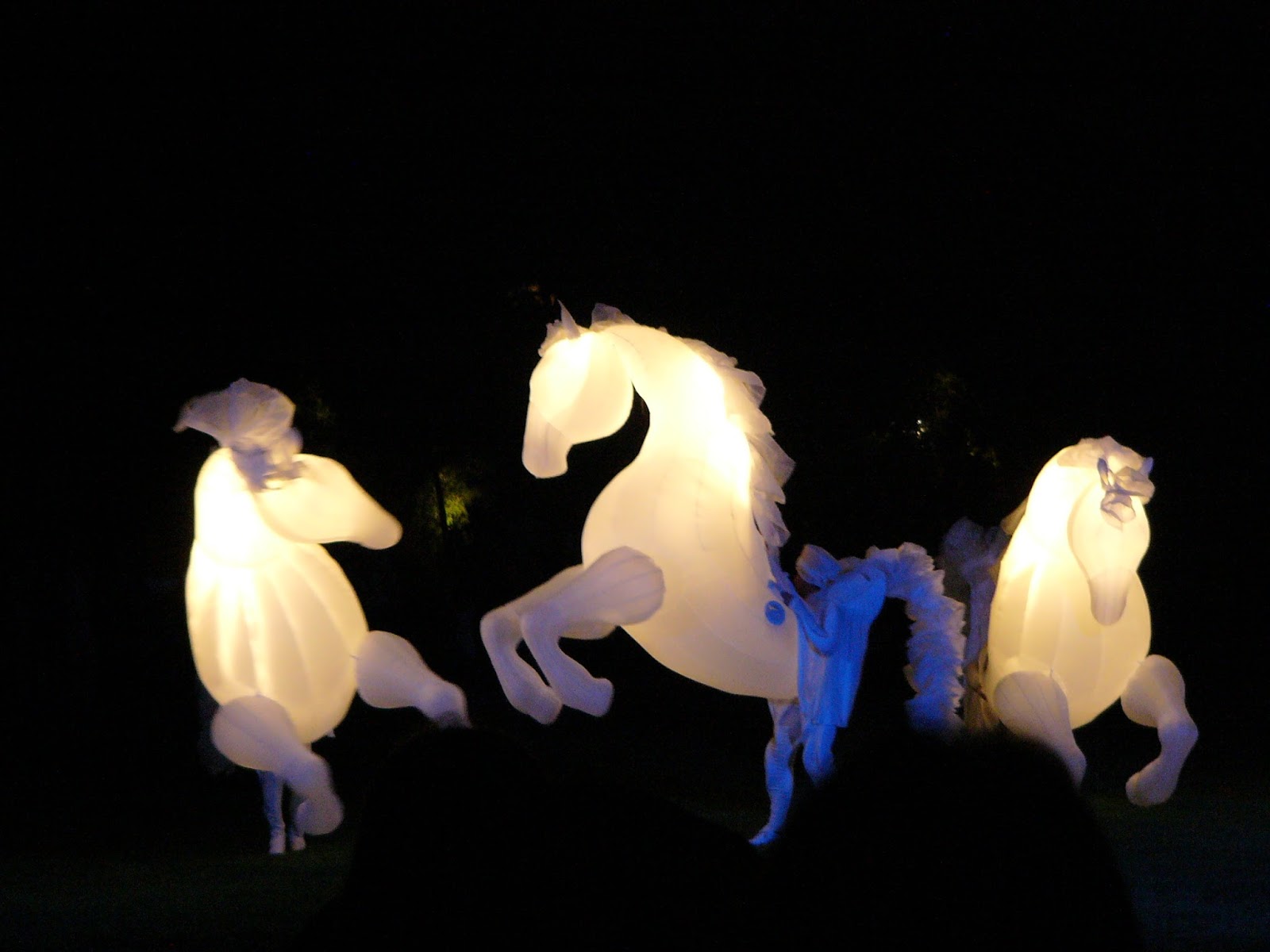 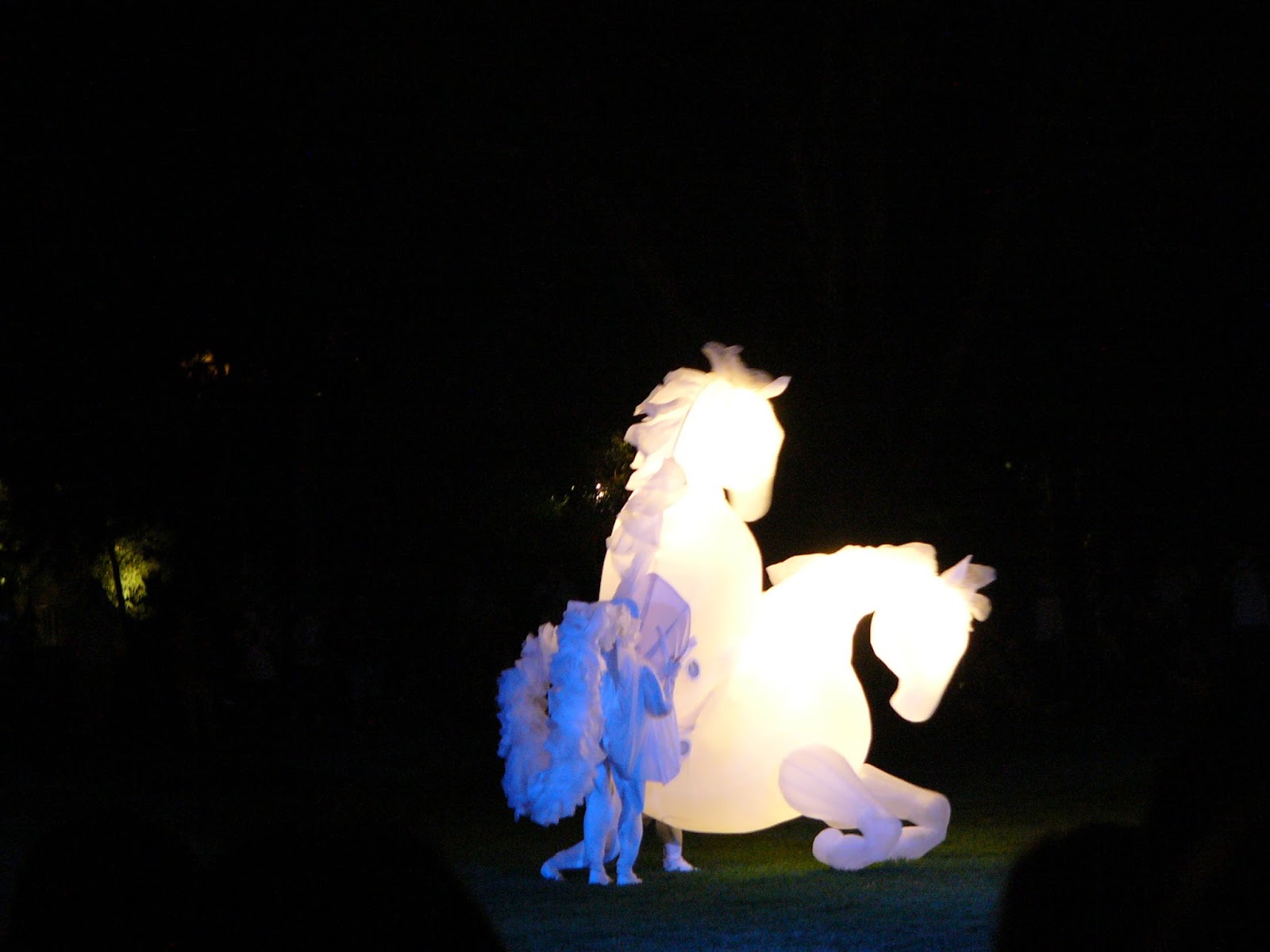 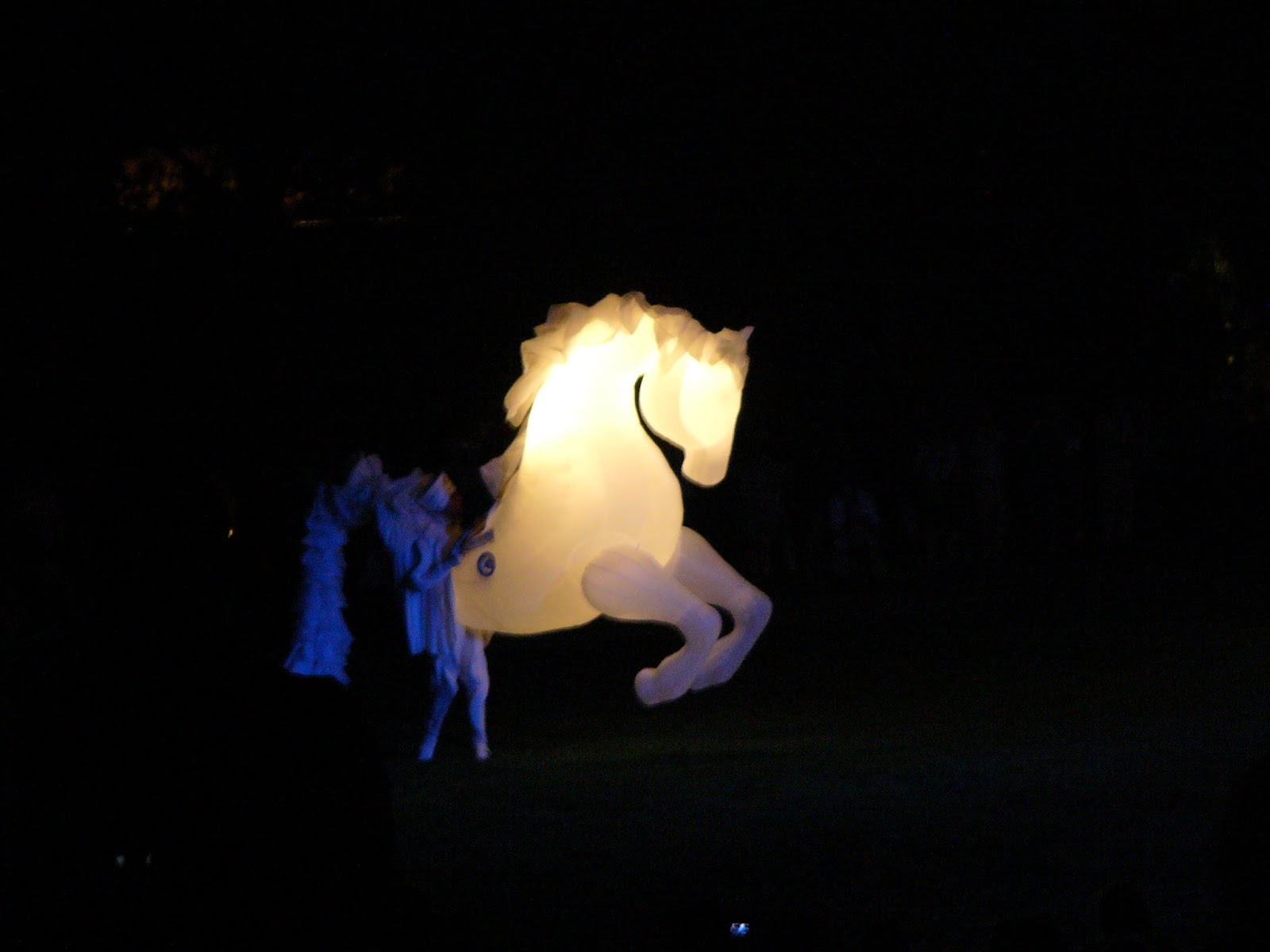 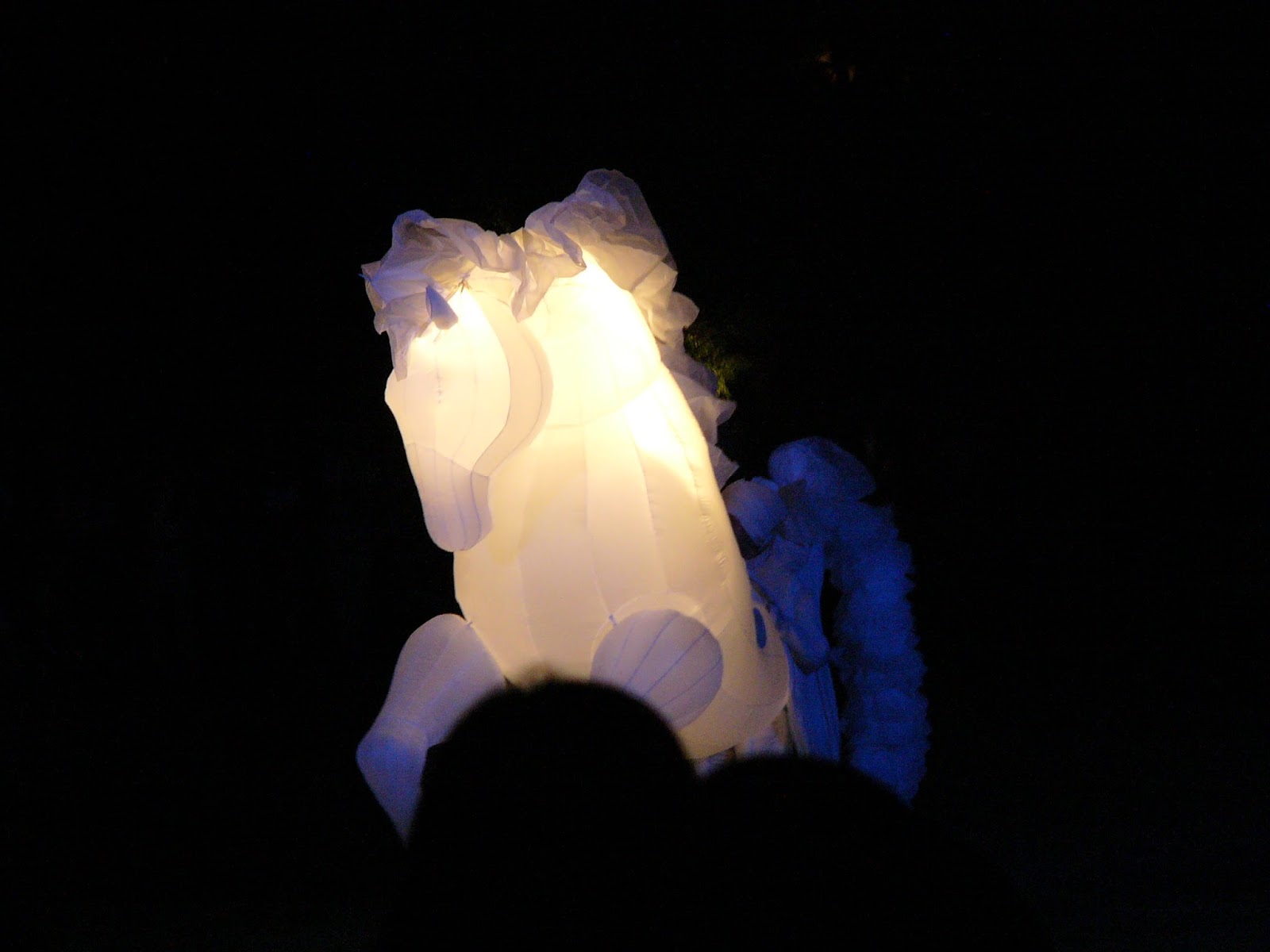 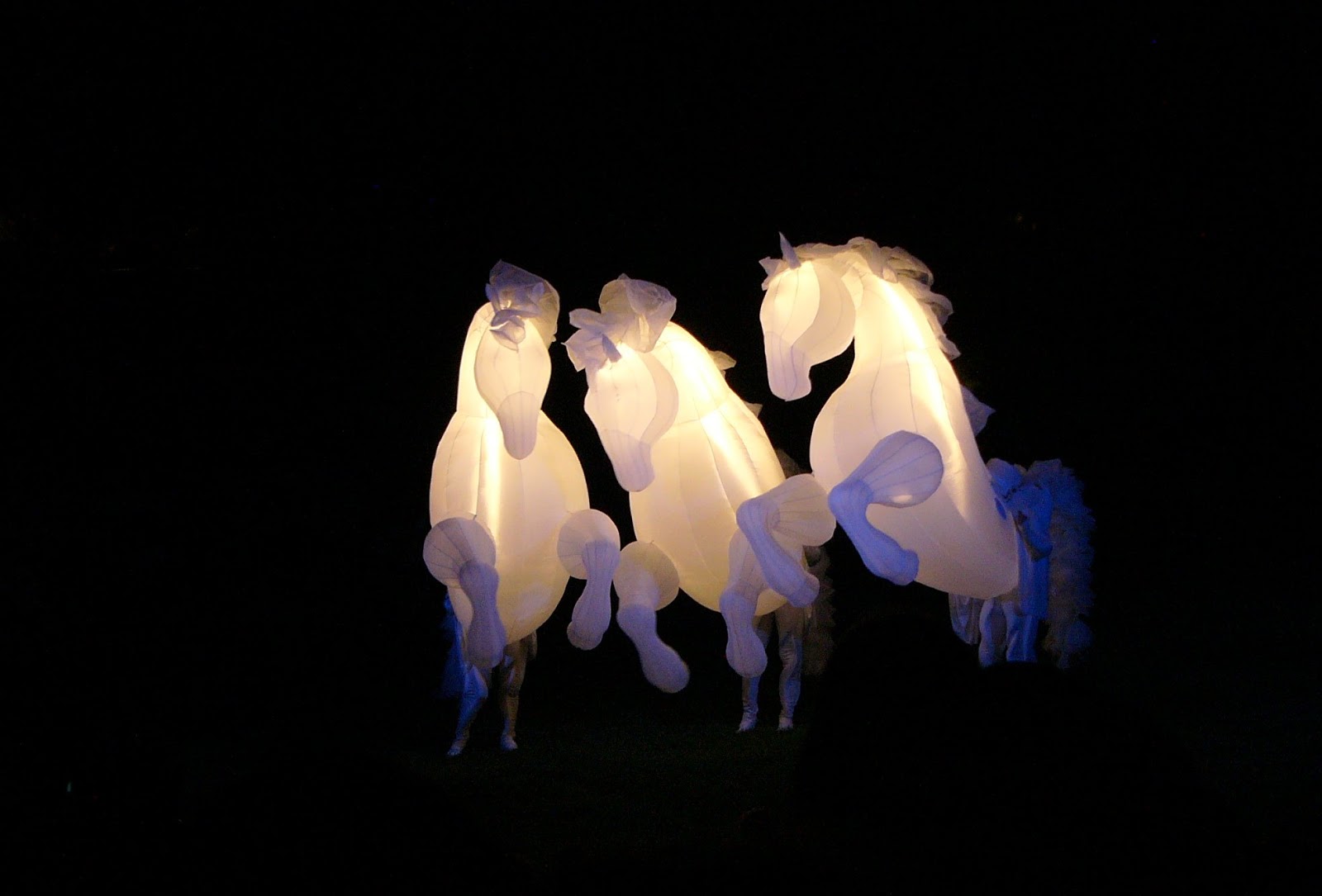 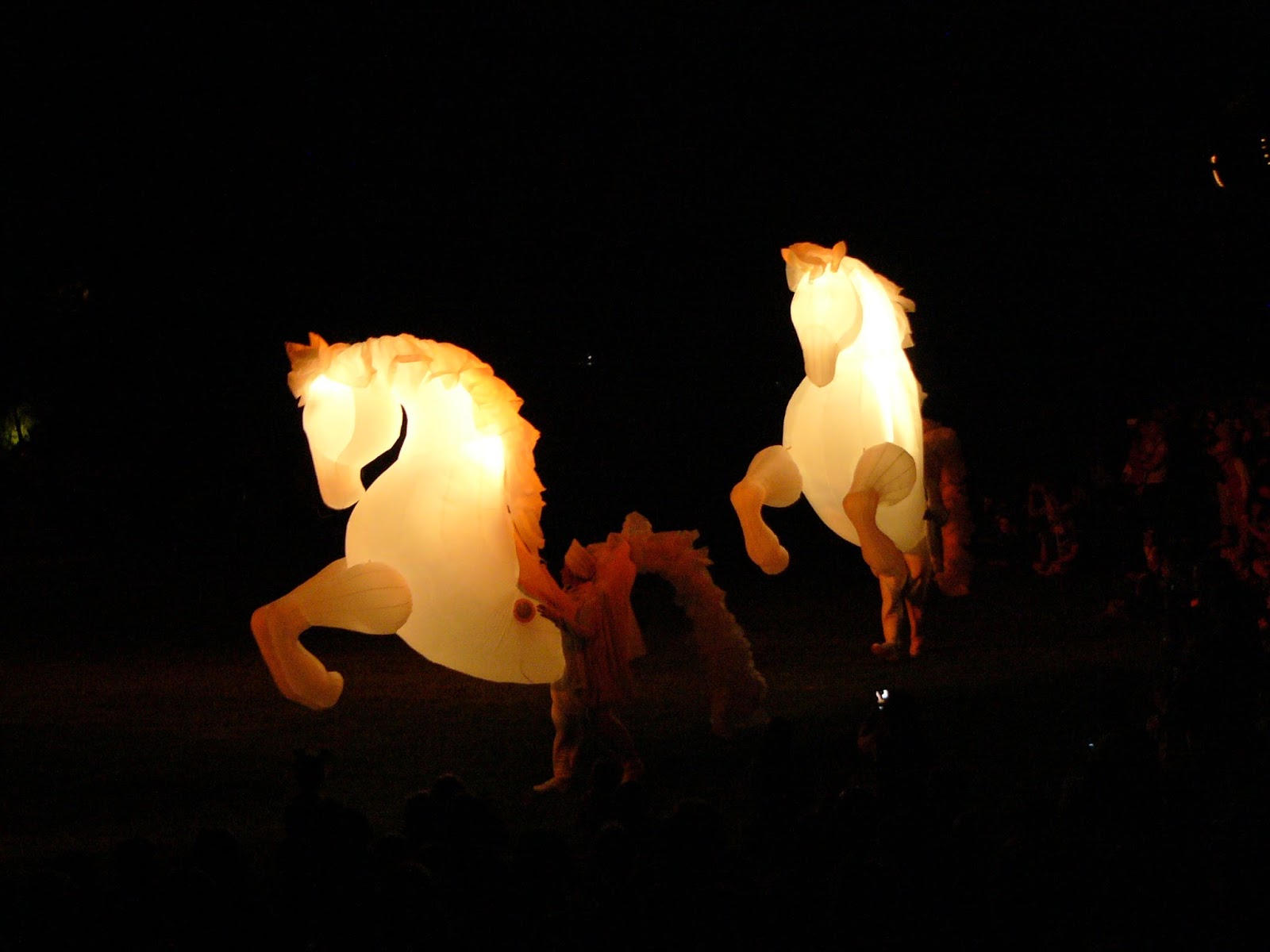 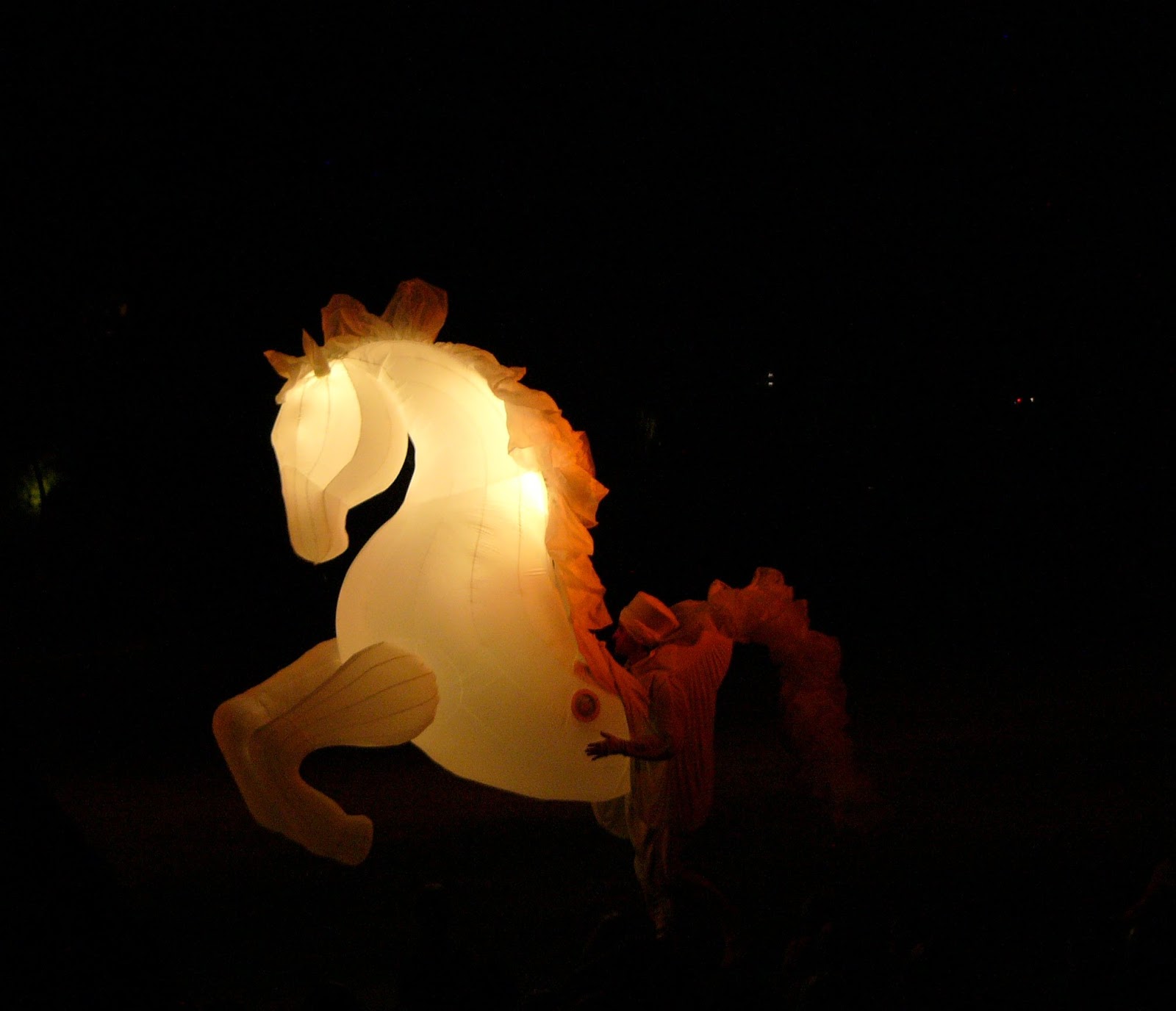 Aren't they beautiful?  And they danced to some spectacular music too.

We also wandered up to the National Gallery again, where a Peruvian fair was being held.  A bit of a disappointment in some ways - a bar, some very ordinary food and folk-dancing to taped music.  However, the Gallery had added some new projections to its facade, and I was intrigued by this costumed woman wandering through the crowd (though I did wonder whether any of the children she approached would have nightmares?) 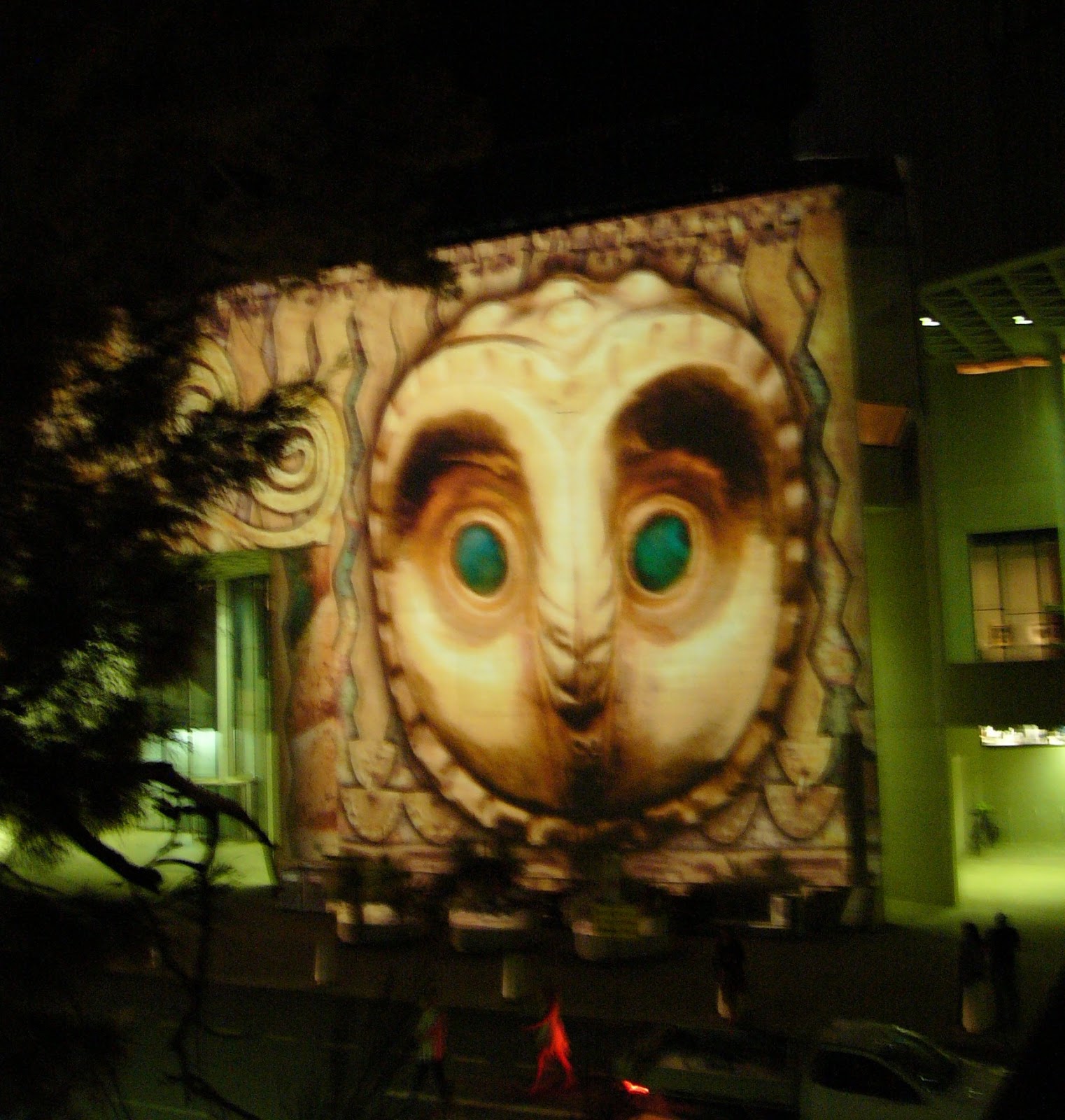 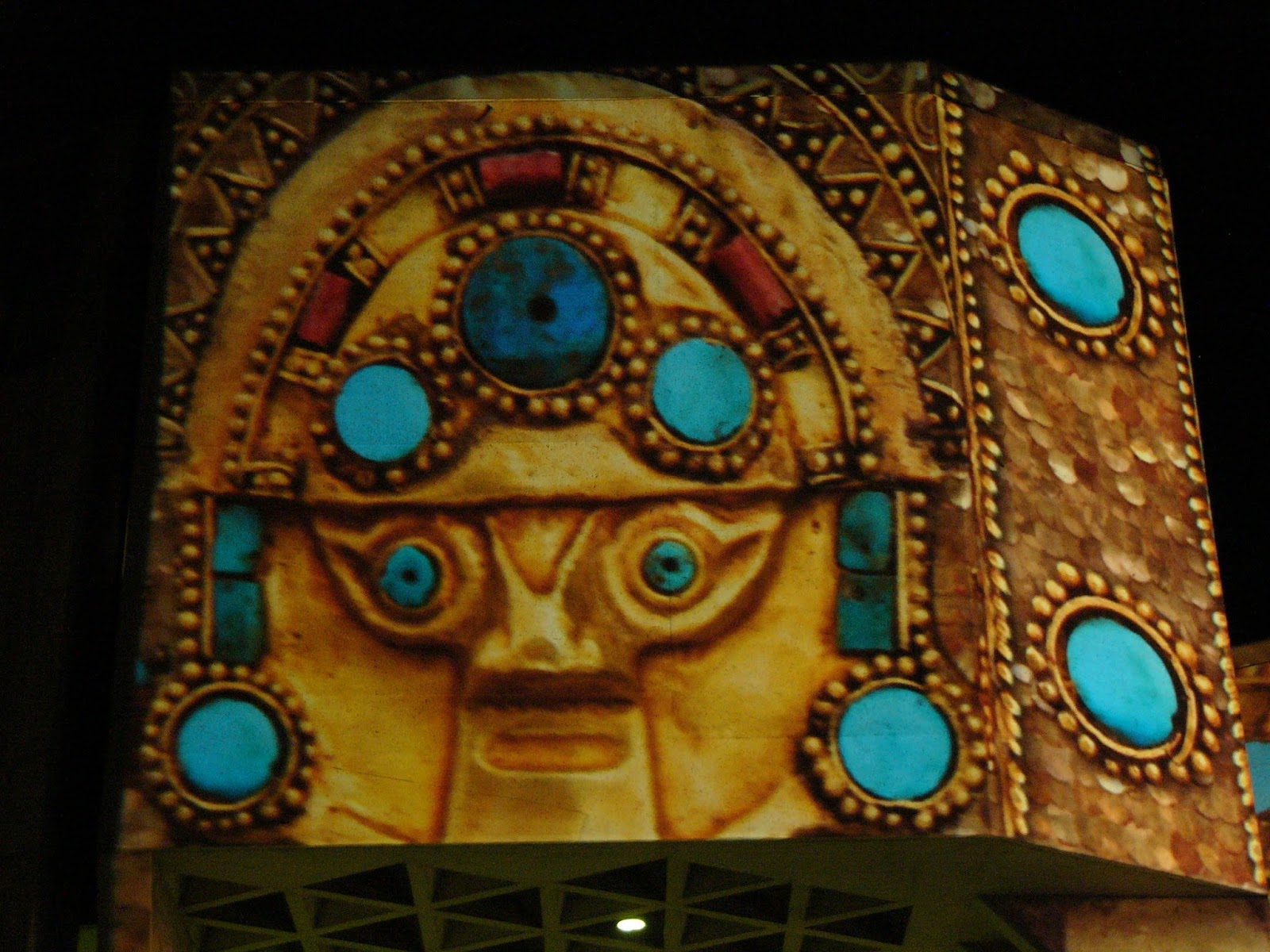 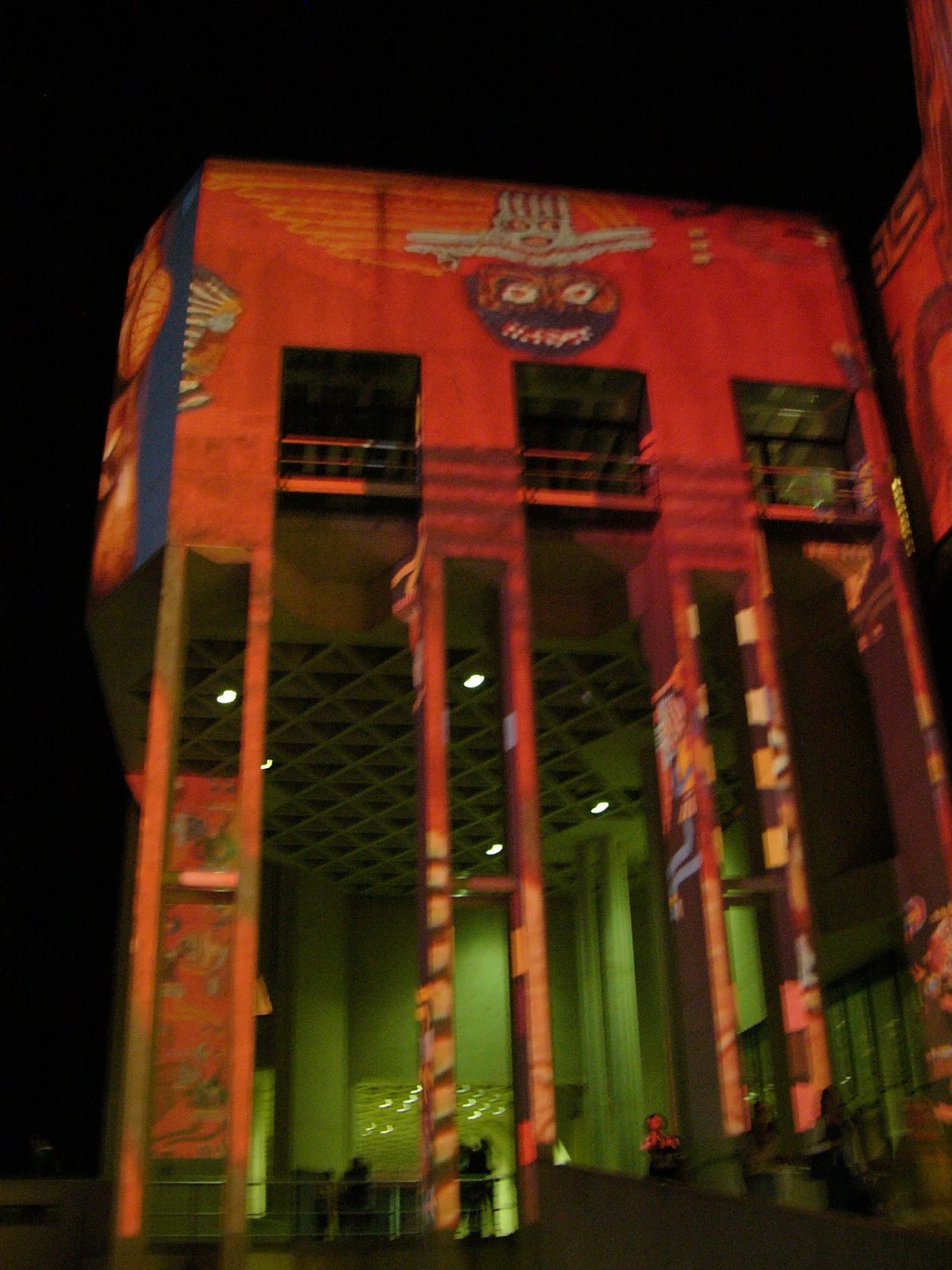 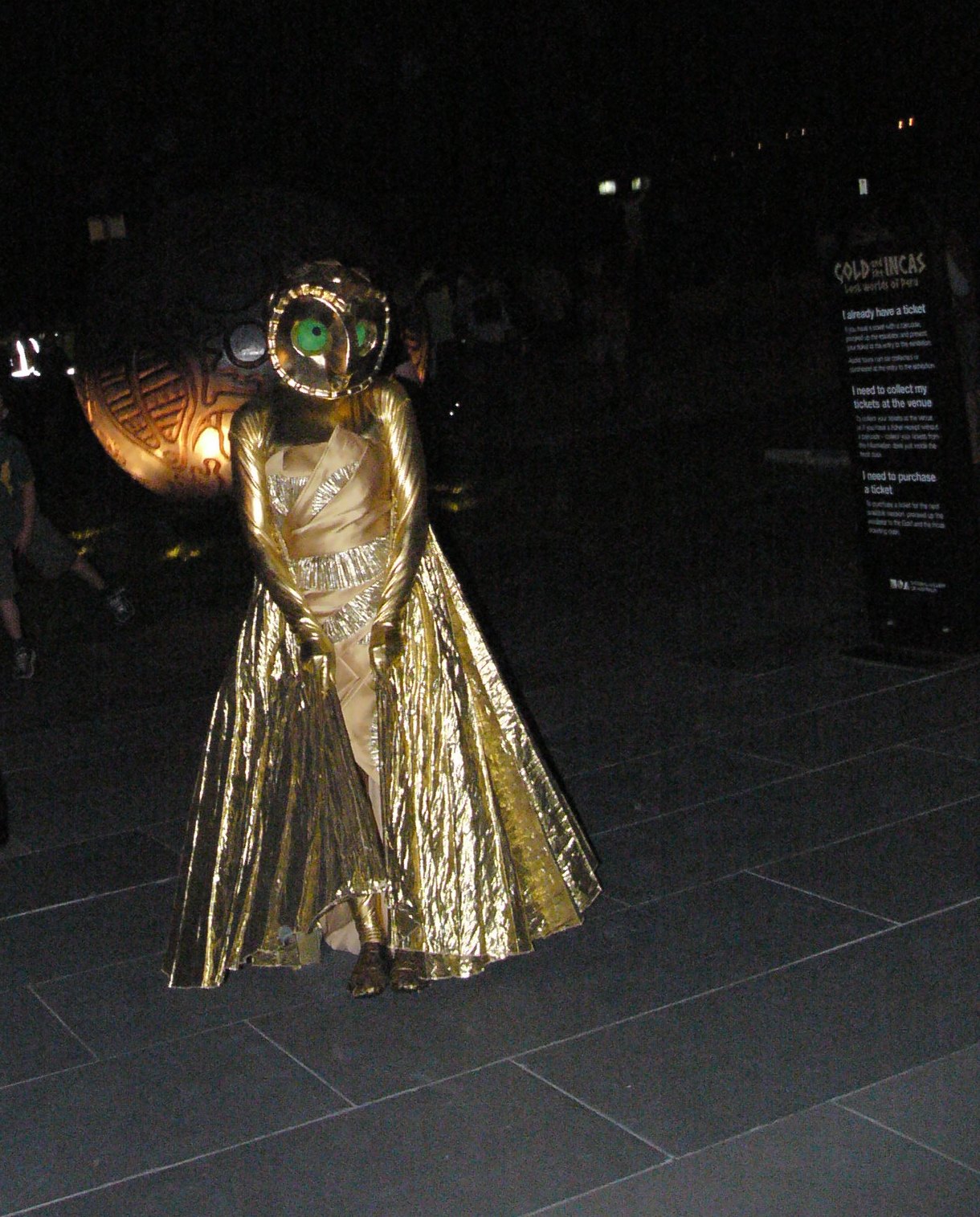 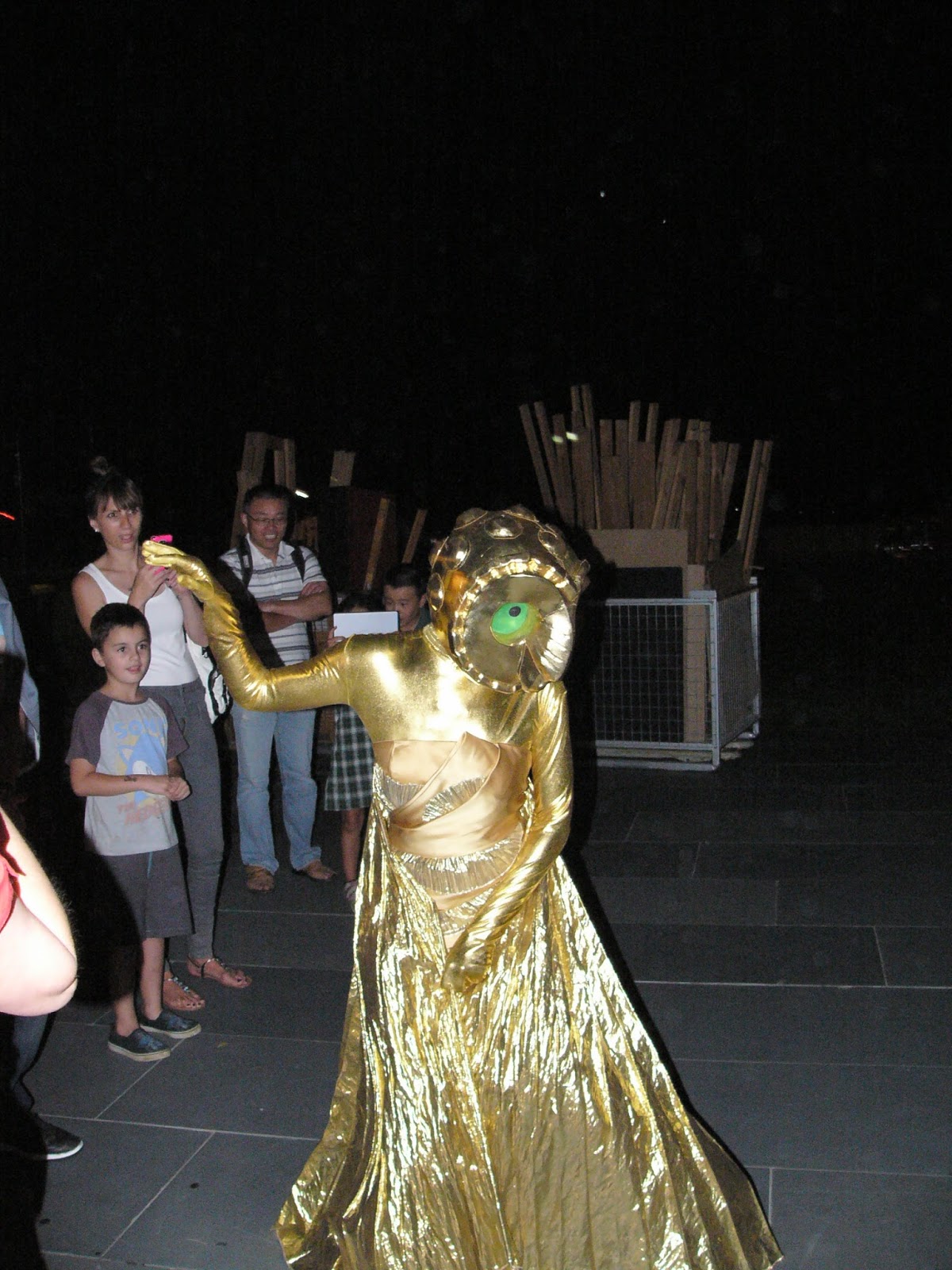 Essentially both visits were more than worth-while - and I will be back next year.
Posted by Elephant's Child at 05:26