Like River I usually run with a theme. This week I am going from the sublime to the ridiculous.  As always clicking on the photos will embiggen them.

Starting with the sublime.  The skies have been a delight recently.

Sunset.  Building to a crescendo. 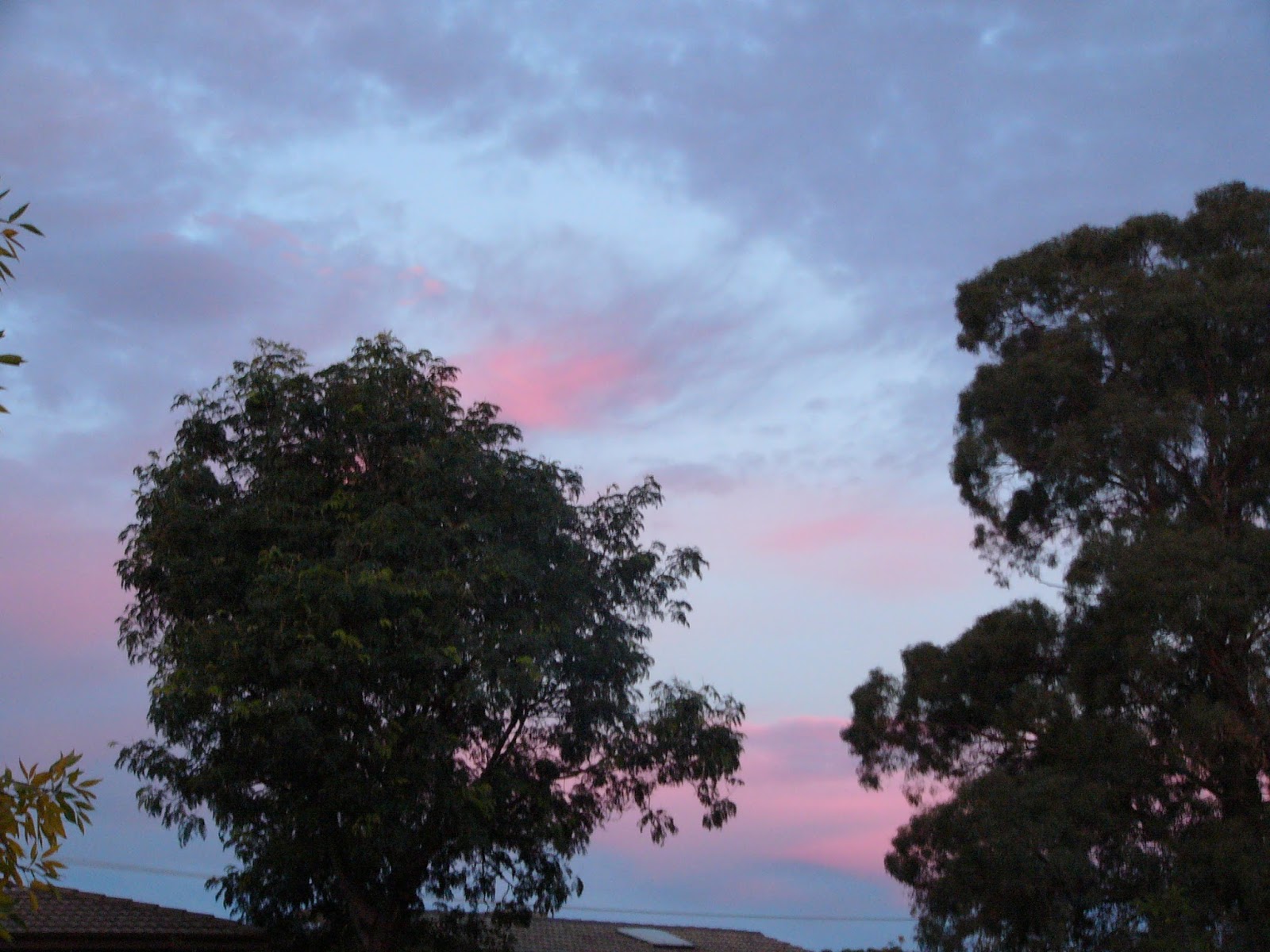 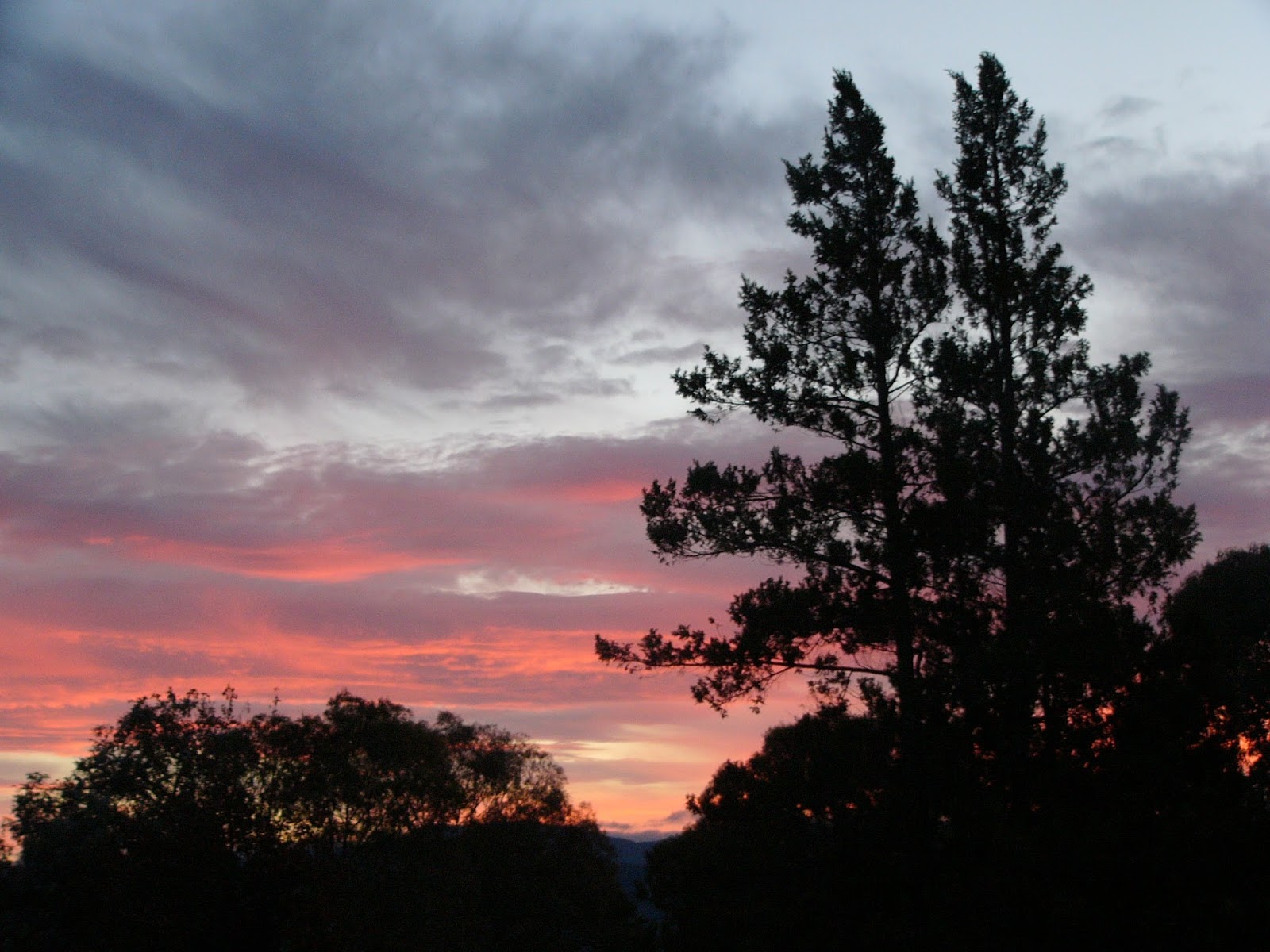 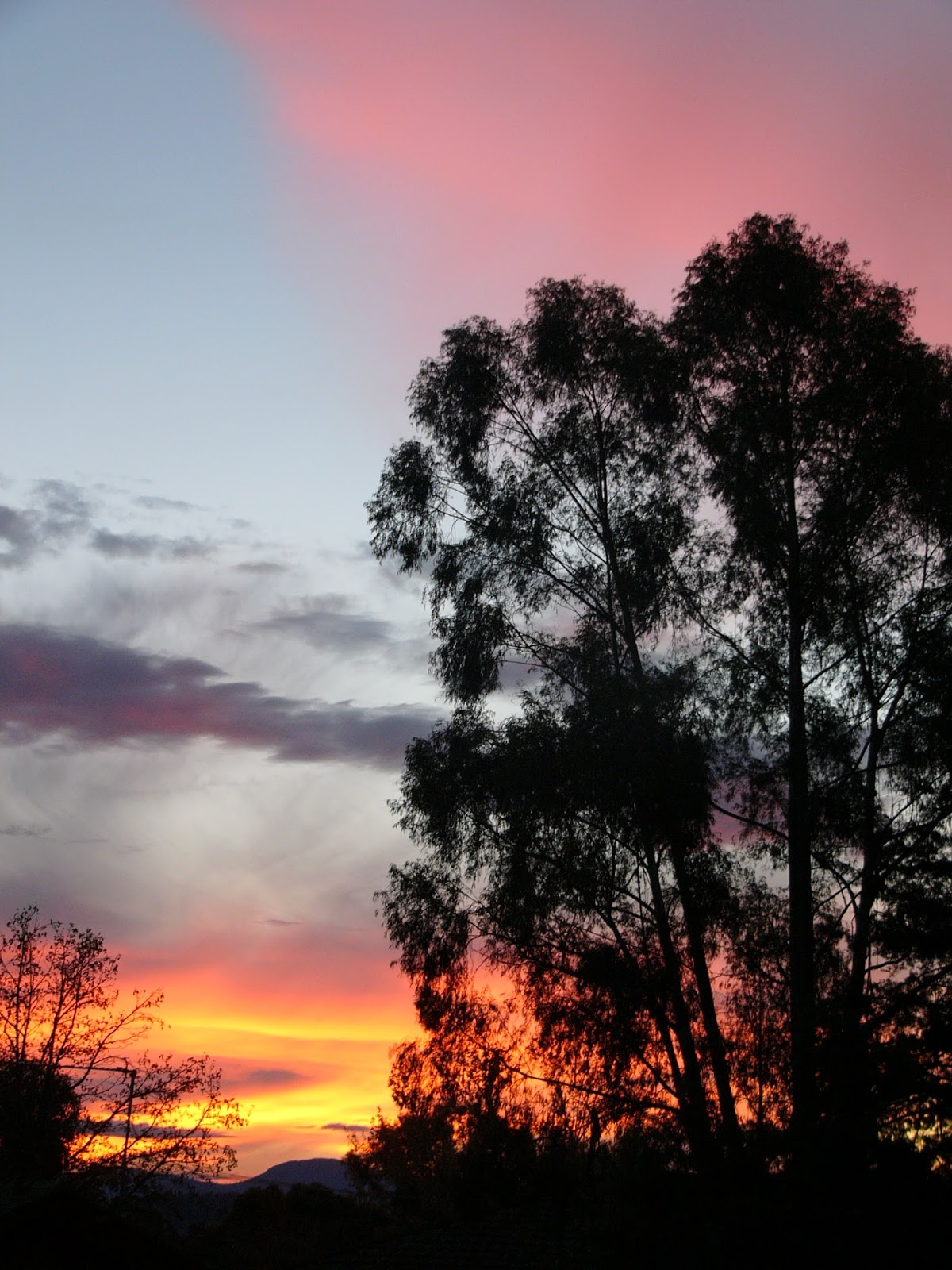 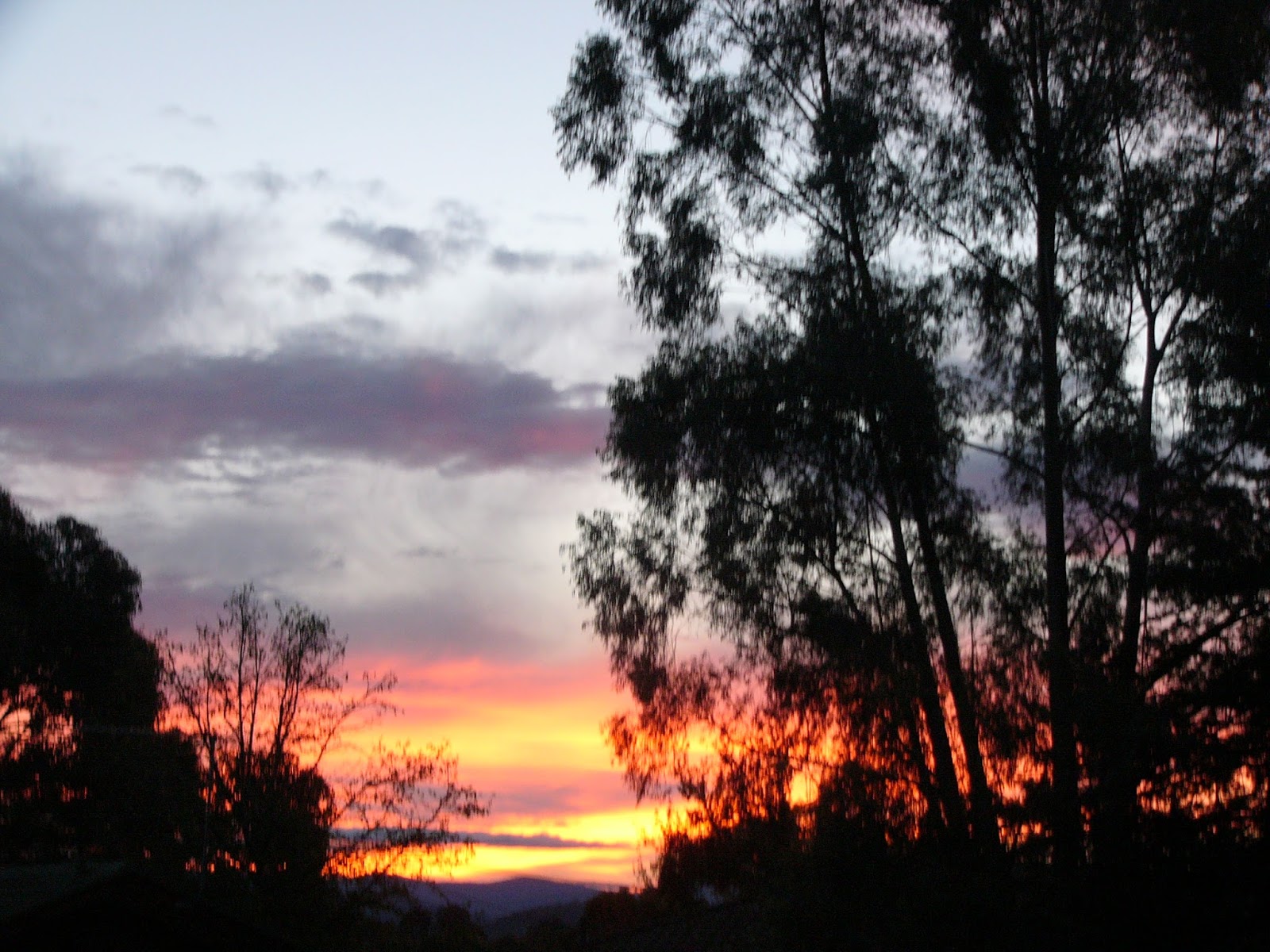 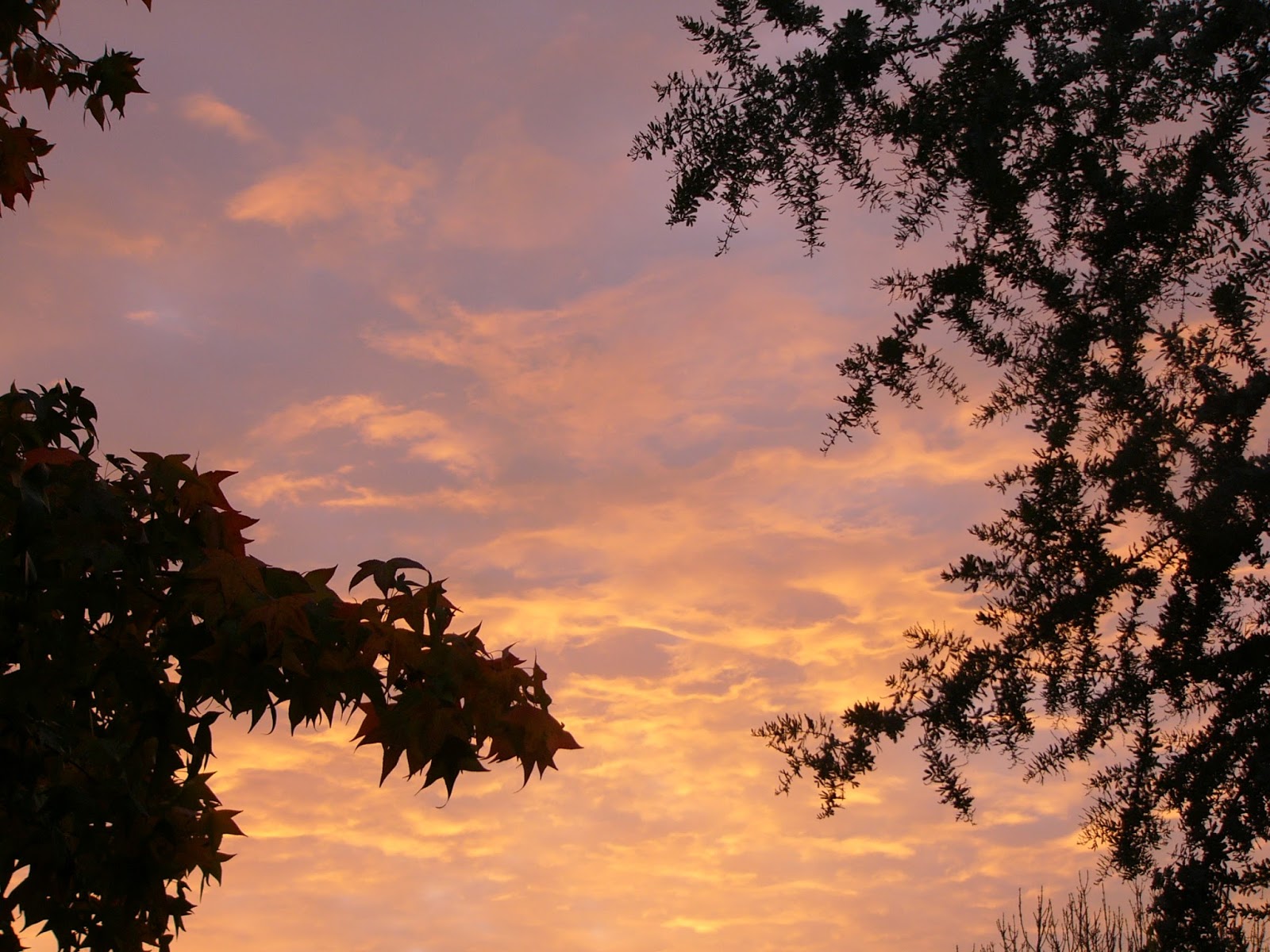 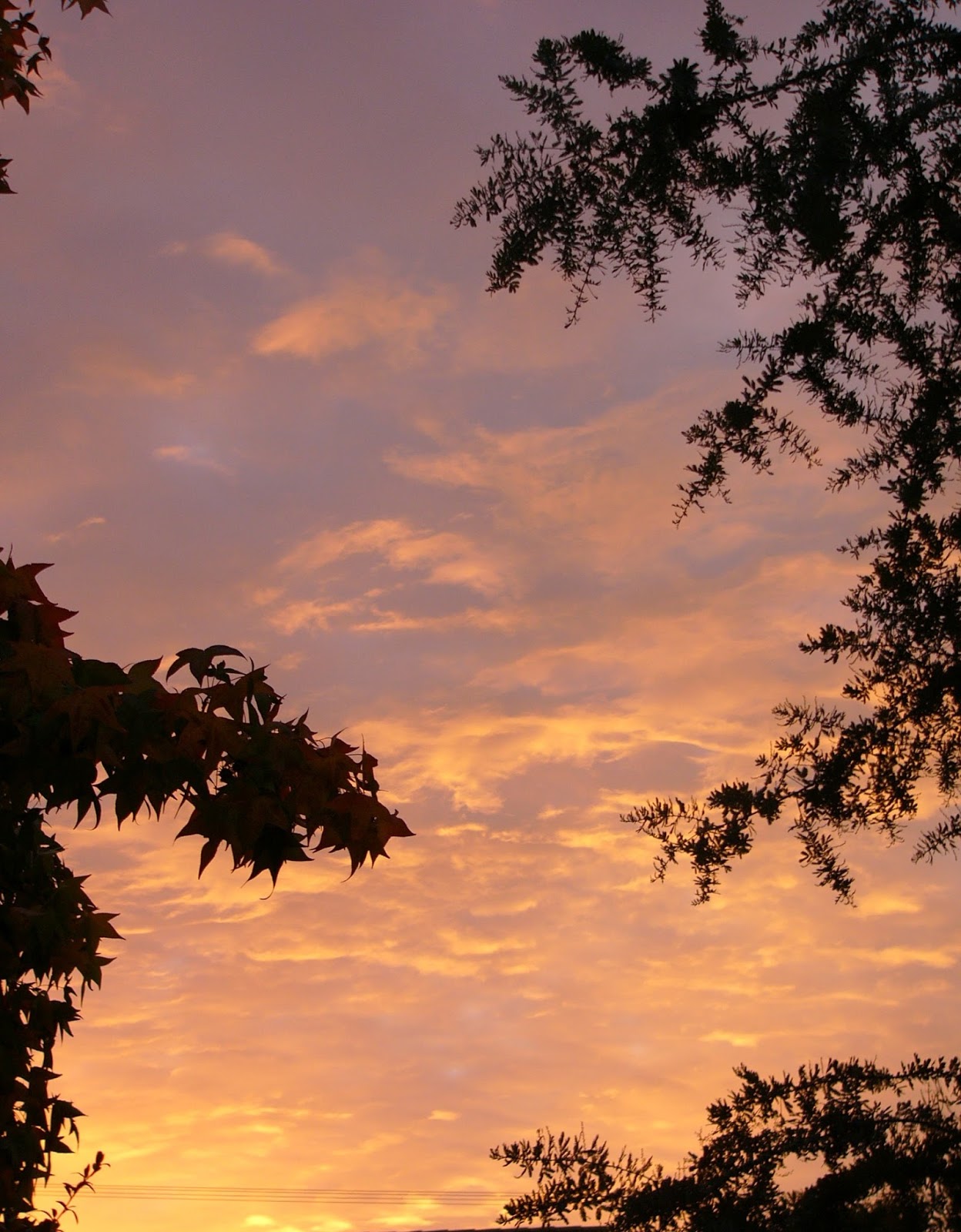 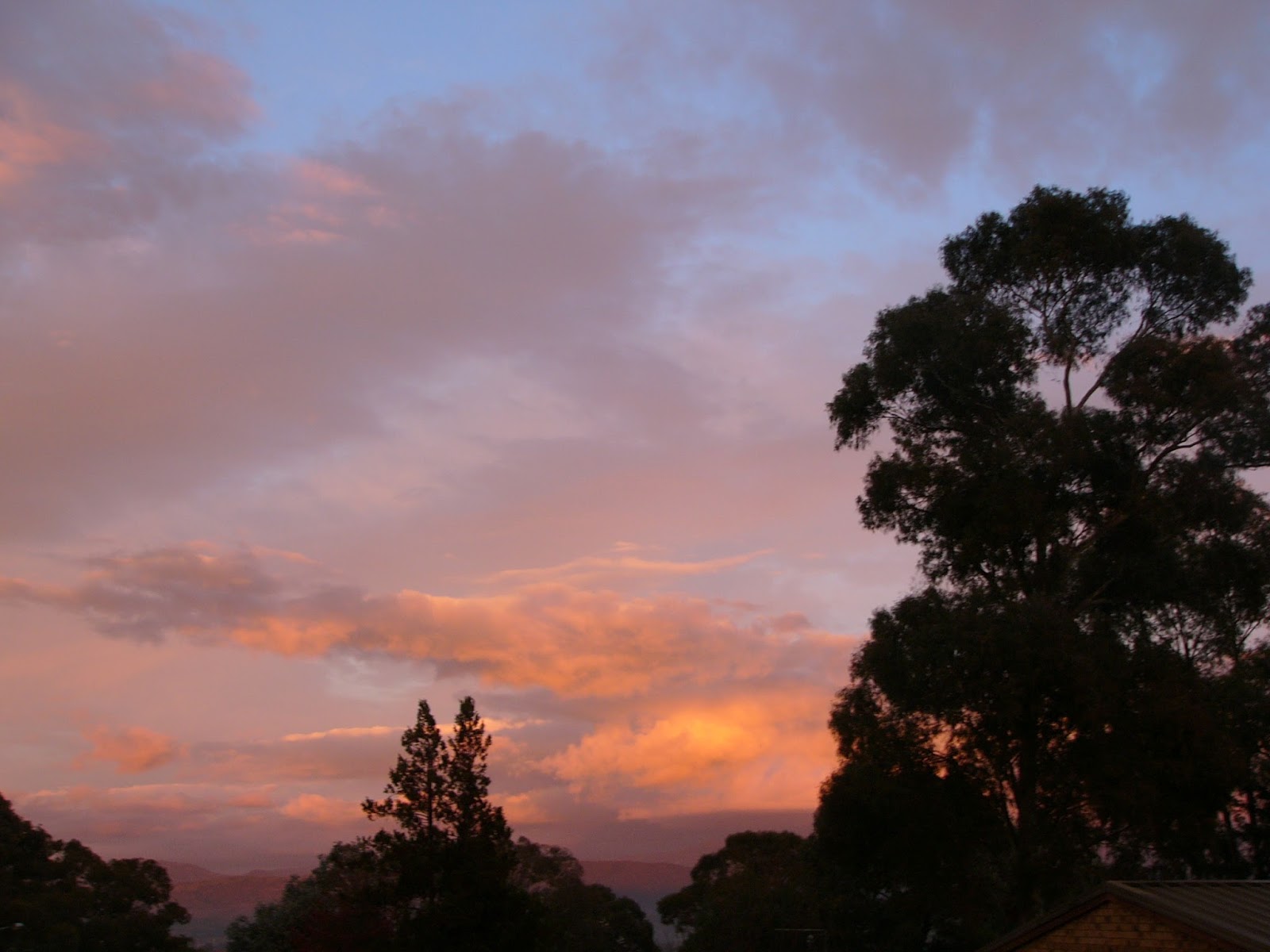 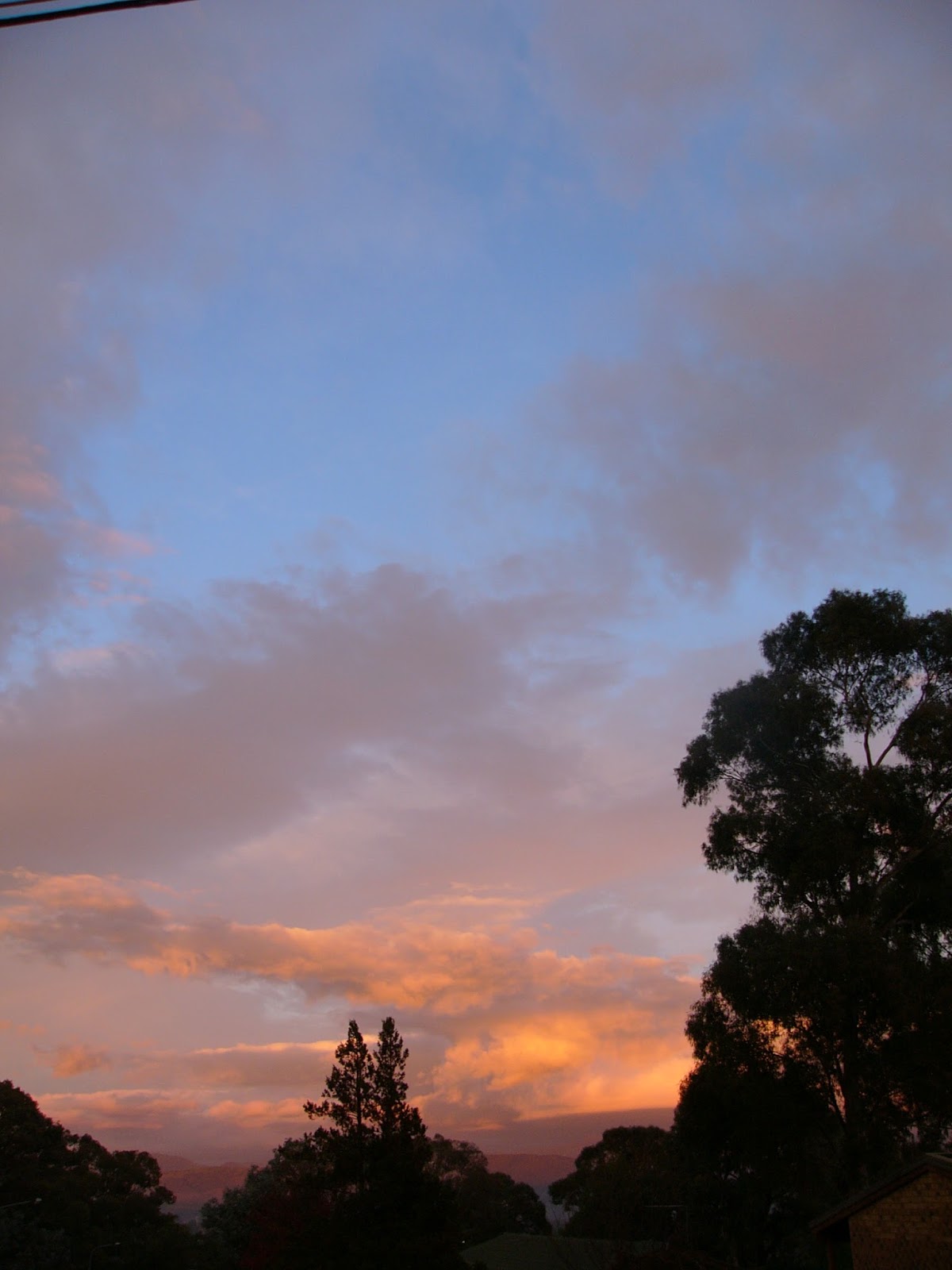 And then the ridiculous.  Jazz loves the fridge.  It is a wonderful vantage point for him to survey what is happening in the most important room in the house - the kitchen.  I would much prefer that he didn't climb up there - fridge magnets hit the ground with monotonous regularity.  When I attempt to remove him/discourage him or heaven forbid chastise him, the smaller portion leaps to his defence saying 'he is so cute...' and patting him as a reward. 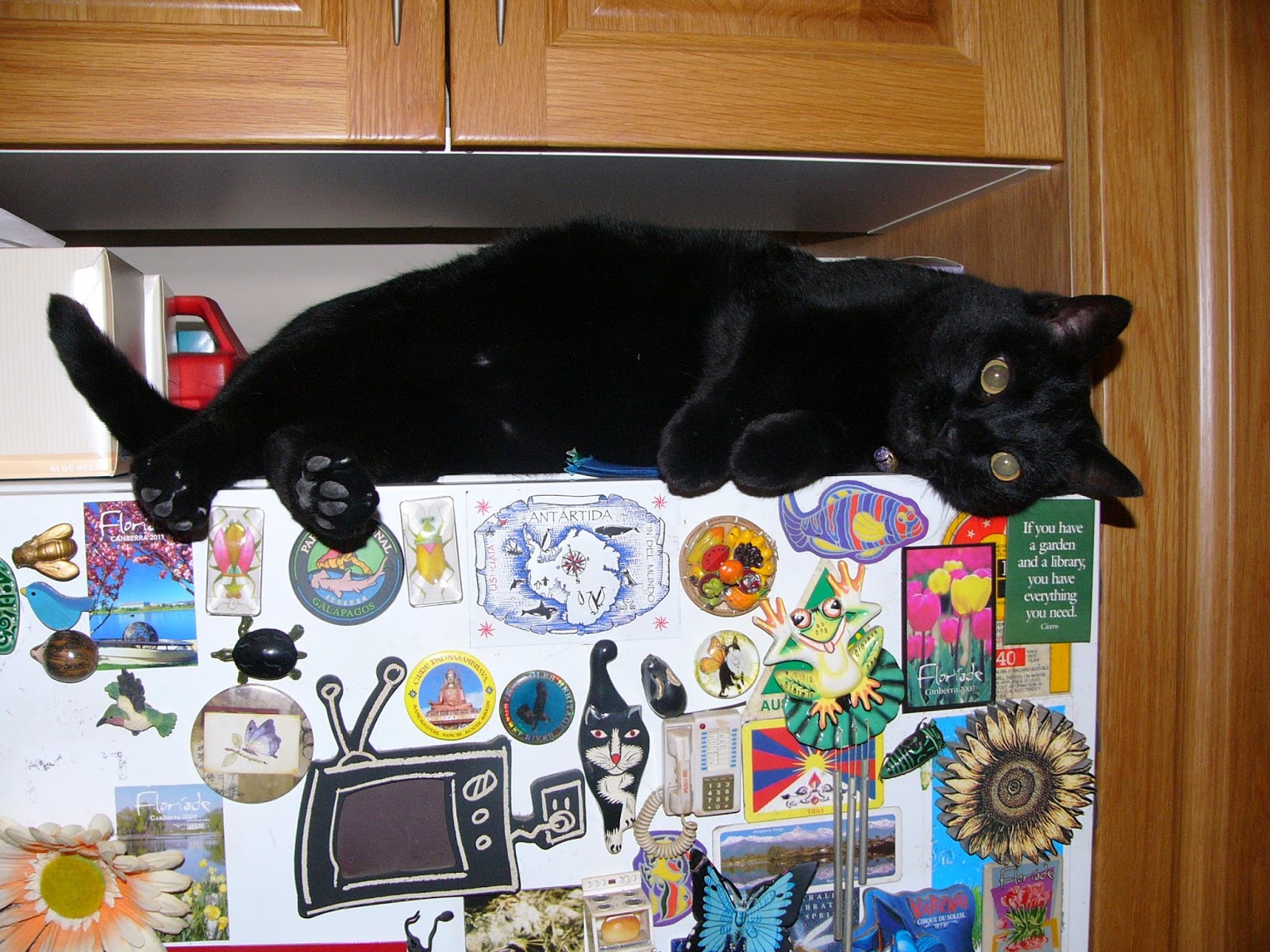 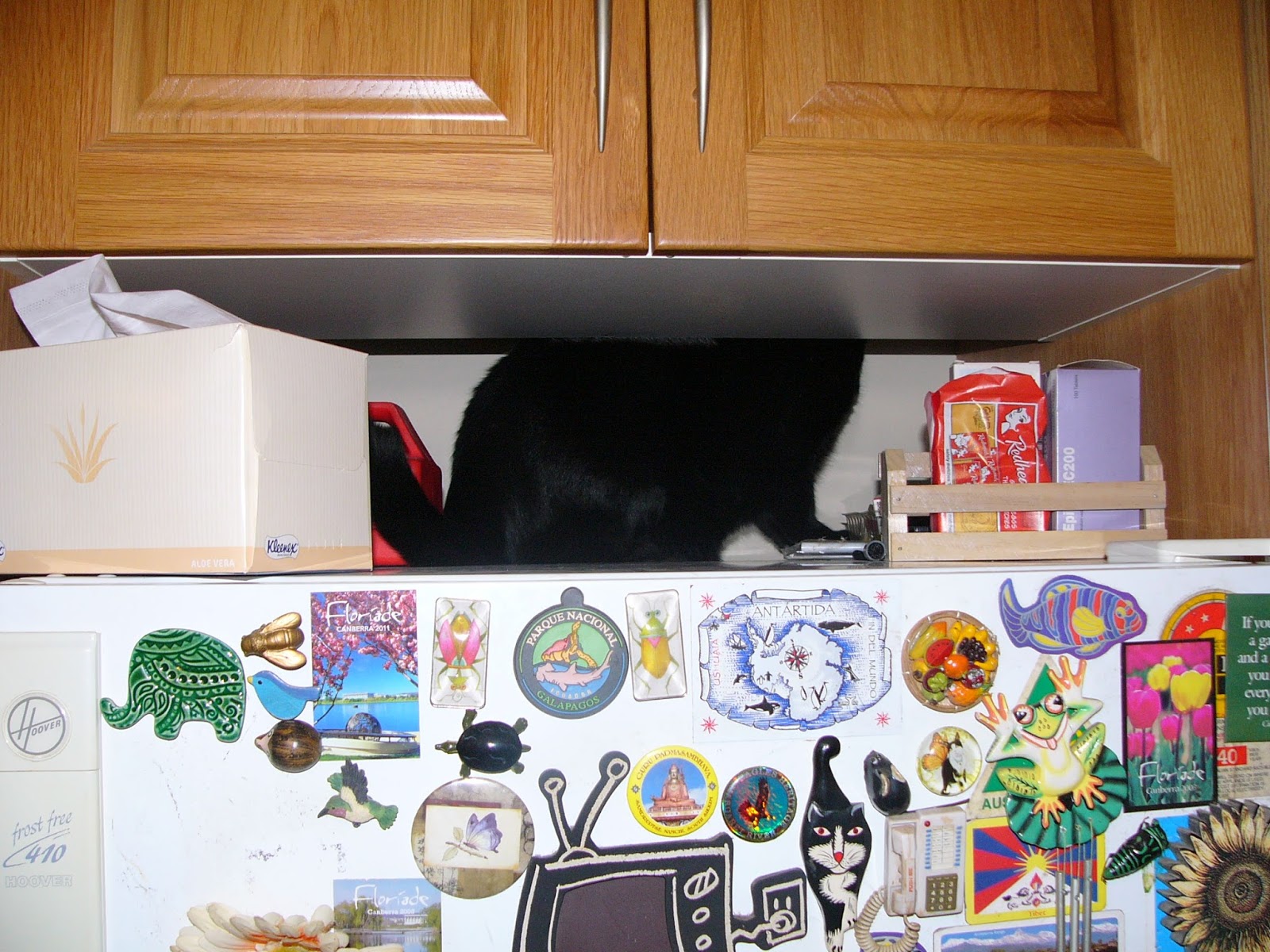 From the top of the fridge he is able to climb to a ledge behind the cupboards.  It is very, very disconcerting to go past a cupboard and have it purr at you. 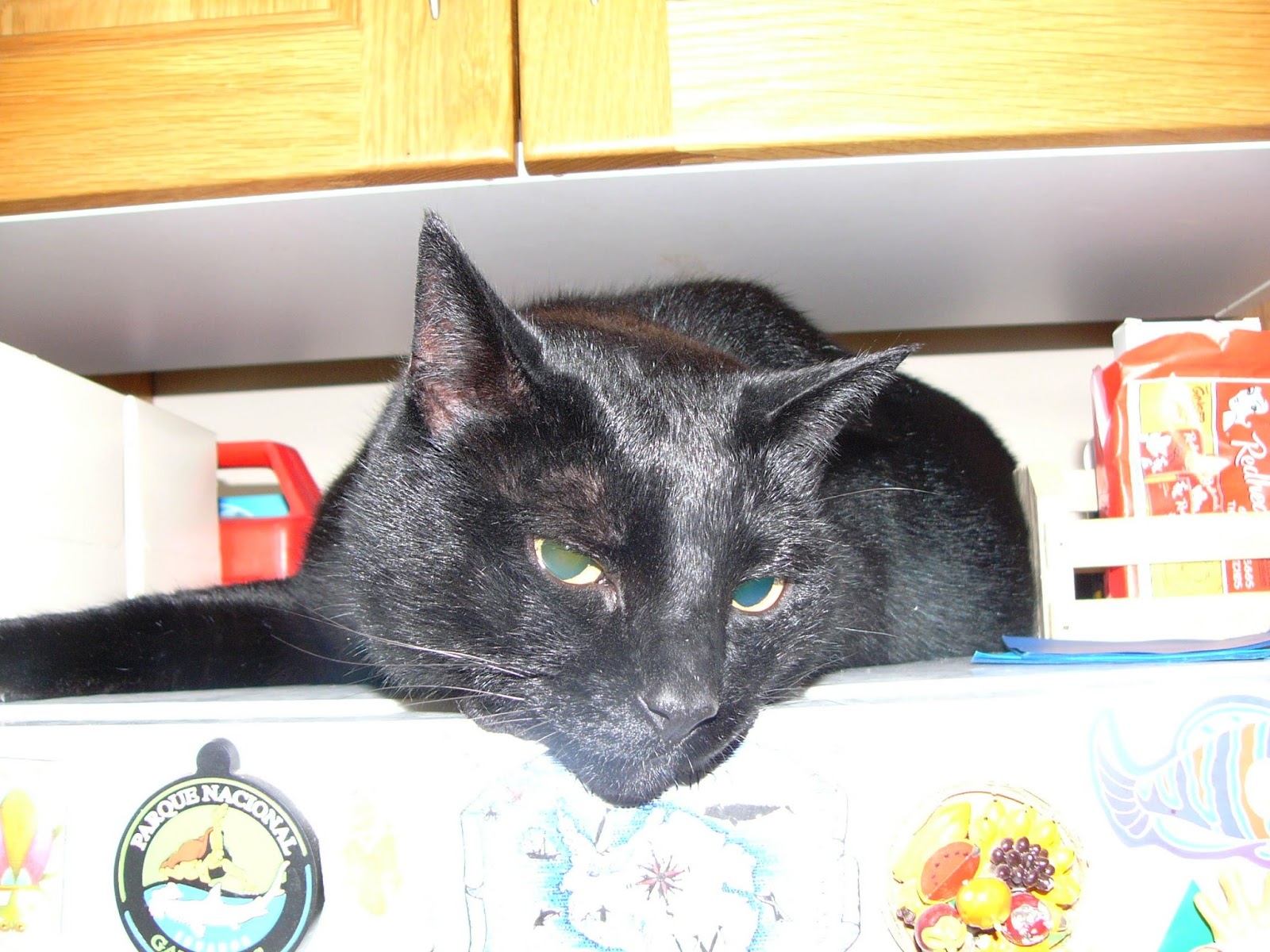 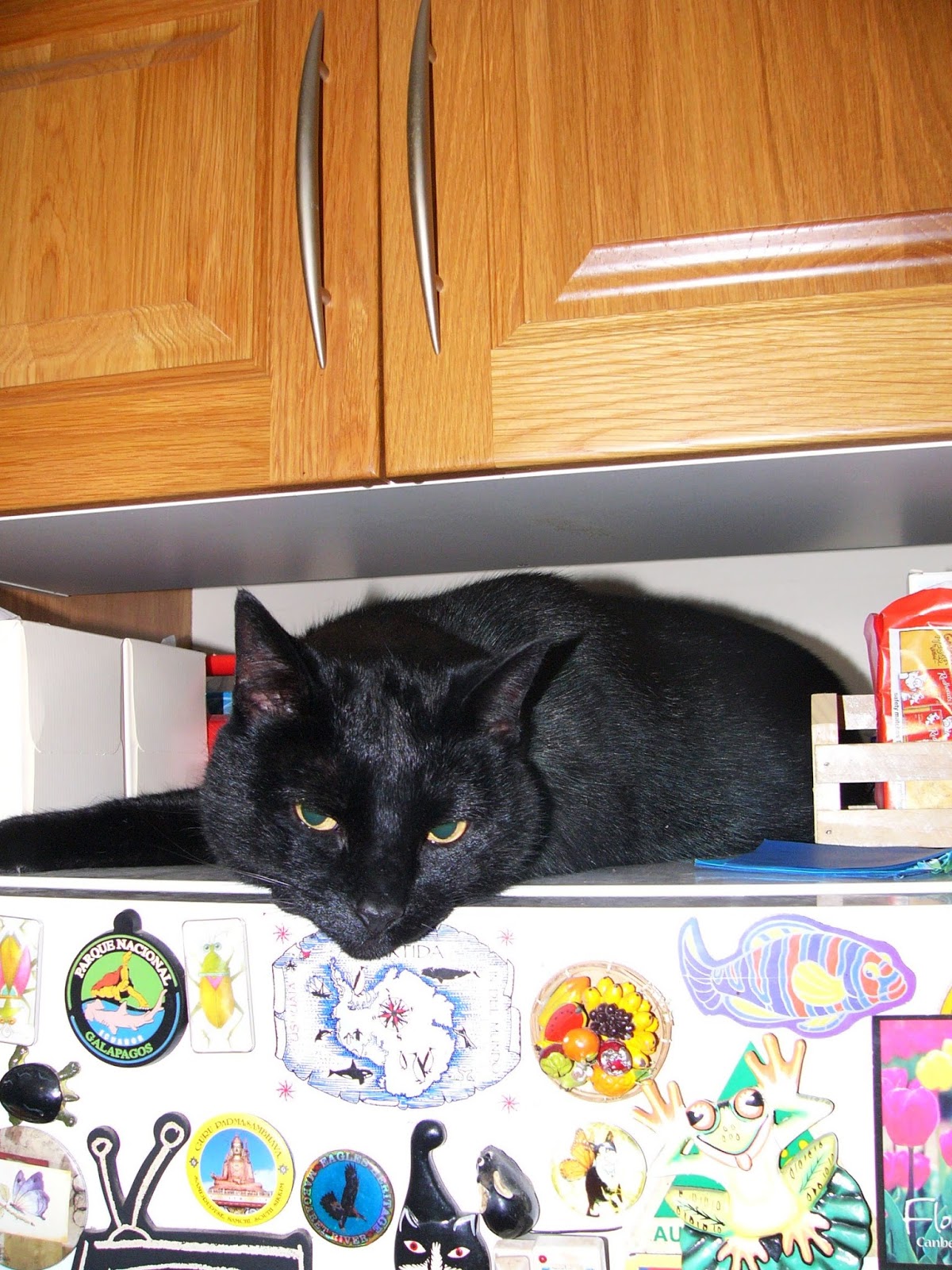