As I have often said, I am a greedy reader.  I read something every day, and often several somethings.  I read fiction and non-fiction; literature and agreeable trash.  There are few genres I won't read (none spring to mind) but biographies, autobiographies, memoirs and diaries are always on my go-to list.

While the house was in chaos with the platoons of tradies I continued to read.  And this book reminded me of just what I love about biographies.  Education and delight packed into a compact package... 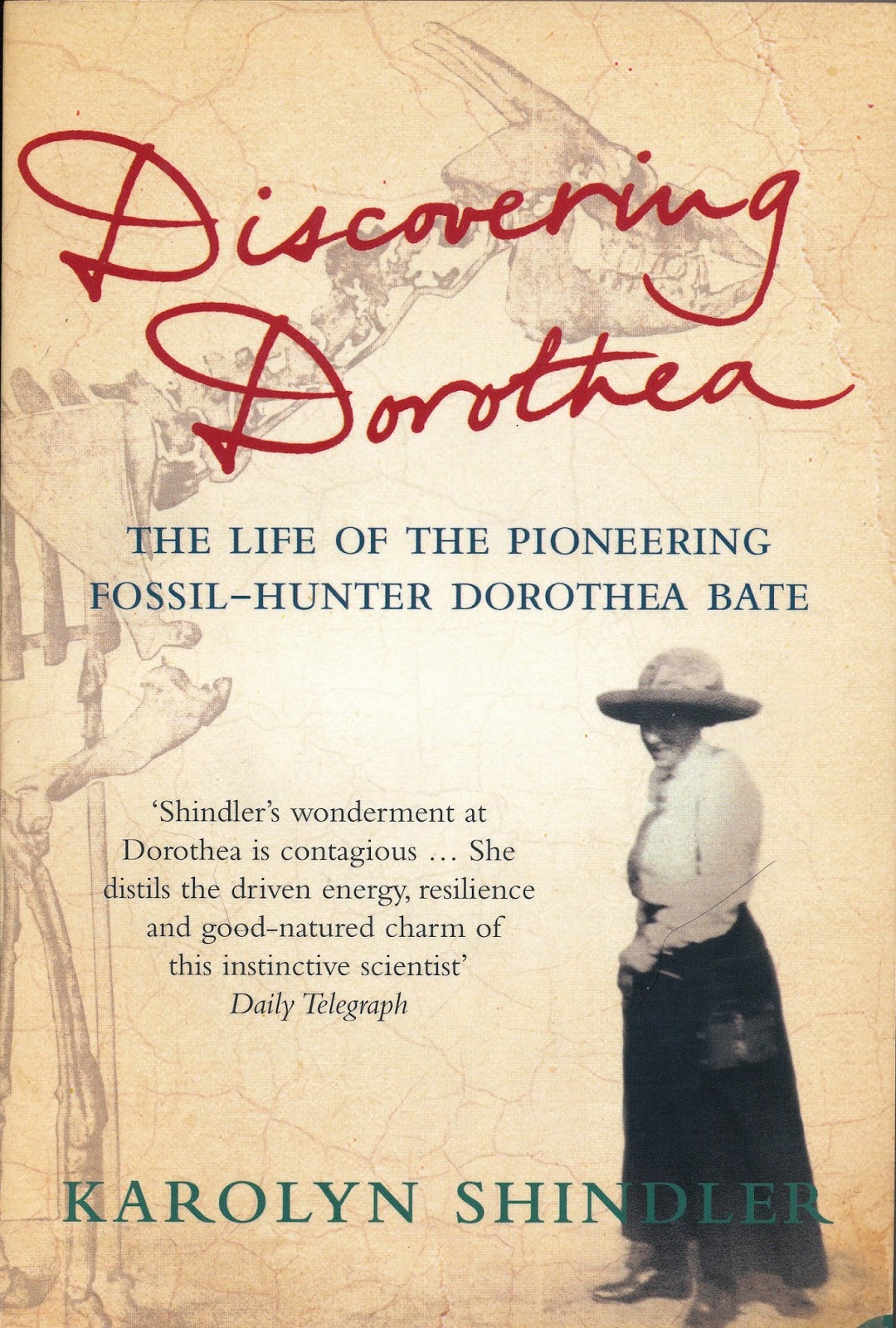 I grew to love Dorothea, someone about whom I knew less than nothing before I picked up this book.

In 1898, aged nineteen she marched into the Natural History Museum in South Kensington and demanded a job.  Despite the prejudice against women scientists, and no little opposition from her family her association with the museum lasted more than fifty years and only ended with her death in 1951.  Her contribution to the then brand new discipline of Paleontology was huge.  And over the years, this self taught driven woman carved out an international reputation for scientific excellence.

In the early 1900s she explored Cyprus, Crete, Majorca and Menorca.  In remote caves and sea battered cliffs she discovered fossil evidence of extinct creatures including dwarf elephants and hippos, swans too large to fly and giant dormice.  She developed intelligent theories about the changing face of the landscape and of the climate.  As I read I thought that she was certainly one of the very first to investigate climate change and its impact.

And there were other gems to revel in.  Did you know that the myth of Cyclops probably developed from the fossilised remains of an elephant?  That eye in the centre of the forehead was the explanation for the hole in the skull left by the trunk?

Thirty years later she was excavating in Bethlehem,  in the midst of growing threats of war.  Later, into Africa.  And she continued to work, to learn and to grow.

How many of us can take an interest and turn it into a passion and career - with very little encouragement and plenty of opposition?  Such a determined woman, with courage and persistence in every thing she undertook.  Very little is known about her private life - which appears to have been sublimated first to her family and then her career.  And I love her successes and hope she knew towards the end of her life just how highly her professionalism and achievements were regarded.

More than fifty years after her death the Natural History Museum employed the actress Jane Cartwright to re-create her as a 'Gallery Character'.  In the company of Charles Darwin and other scientists Dorothea now haunts the galleries of the Museum in school holidays sharing stories of her scientific achievements and hopefully inspiring others to follow their dreams...

I am so very grateful that I picked this book up, and loved reducing my ignorance about her life, her times and her achievements.